It’s no secret that everyone’s favourite Lannister was originally cast as Ghost in Destiny. But if you picked Destiny up for the first time in the last three years, you’d never know. You see, his lines were re-recorded by none other than Nolan North. Because, you know, he’s not got enough video game work these days. Poor Dinklage. For the record, Pete, we think you did a fine job as Ghost. 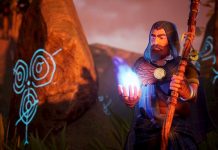