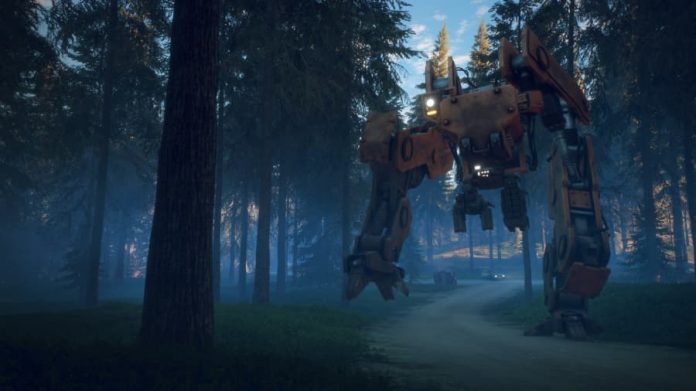 After having you create a character, Generation Zero just plops you into its picturesque recreation of a slice of Sweden.

You’re not given much direction, and there’s not a great deal of storytelling to set the scene; you’re just left to your own devices in a world that seems eerily still. You are, however, directed to pick up a gun for protection, and looting everything you can just comes naturally. And minutes after, you’re likely to put down your first robot in the game. Almost dog-like in its behaviour, chances are it’ll put up a surprising challenge unless you’re playing with others.

From then on, Generation Zero becomes a dull slog for hours on end. You move from one structure to another, looking for clues to progress what little story there is while looting anything you can and avoiding any robotic dogs that roam in your path. You can engage them in combat if you want, but after a few encounters, you realise that it’s only worth fighting them when necessary. Honestly, it’s enough to make you want to turn off the game and never play it again. It seems boring, repetitive and incomplete. Push on past this hours-long intro mission, however, and things do pick up.

Eventually finding yourself presented with multiple quests to follow through to their end, your interest in Generation Zero might be further increased by the introduction of multiple new enemy types. Drone-like enemies that alert others to your presence and bipedal robots that dance around gracefully are just part of a pool of foes that offer some combat variety and make the world feel more dangerous. Whereas for the first few hours you’ll pull out your binoculars to simply see how many dog-like robots are prowling an area, you’ll begin to pull them out to see what enemies lie in store for you instead. 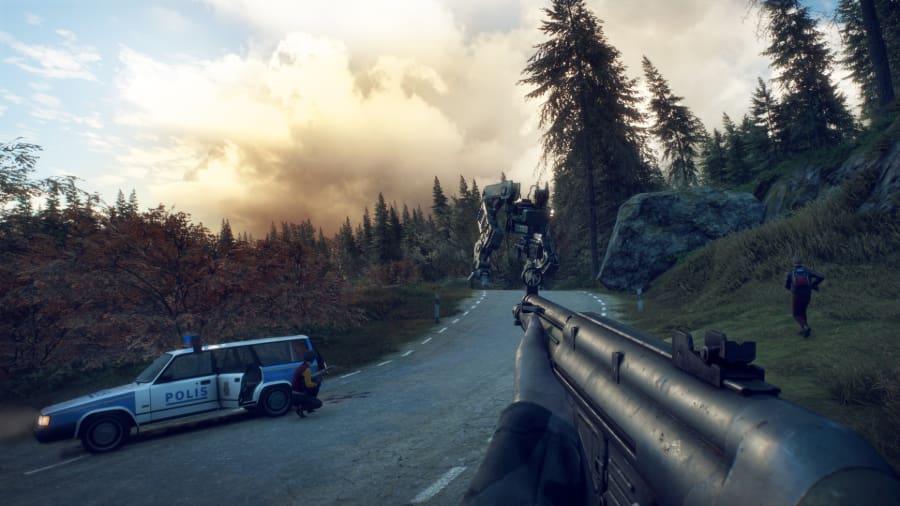 The trouble is, just when Generation Zero seems like it might be getting interesting, it quickly gets dull again. It’s just endless walking and looting, and aside from finding new clothes which often provide survival bonuses, the loot isn’t very interesting. The excitement that combat brings to the experience eventually becomes outweighed by frustration, too. Enemy AI is problematic for one, ranging between annoyingly sharp and laughably dumb, and attacks just rip though your health. It’s particularly irksome when playing alone, as the game doesn’t seem to effectively scale its challenge to the number of players.

Imagine the scene: you’re alone, and you need to search a house to find anything that might indicate where its residents have gone, but it’s surrounded by robots. As you stealthily approach, one of the robots detects you, even though it doesn’t have a clear line of sight, and calls over its friends. You run to the door of the property, open it in a fluster, and go about searching for clues. The robots don’t forget you’re there, but they don’t enter the property. Instead, they just randomly run around outside, waiting to mount their attack when you leave. And when you do leave, there are 10 or so of them waiting for you, all out to make your life a living hell.

If you run you’ll undoubtedly be shot down before you can get very far. Stand your ground and chances are you won’t make it out unscathed without cheesily baiting your enemies to expose themselves from the safety of the doorway. It doesn’t make for an enjoyable experience. On very rare occasions enemies will actually follow you into a house, and when it happens you’ll be shocked. You’ll also be shocked, but in a different way, when their guns clip though walls and manage to cause damage to you. By and large, Generation Zero‘s combat isn’t fun when playing alone. Playing with others, it simply becomes more serviceable. It’s never what you’d call “good”. 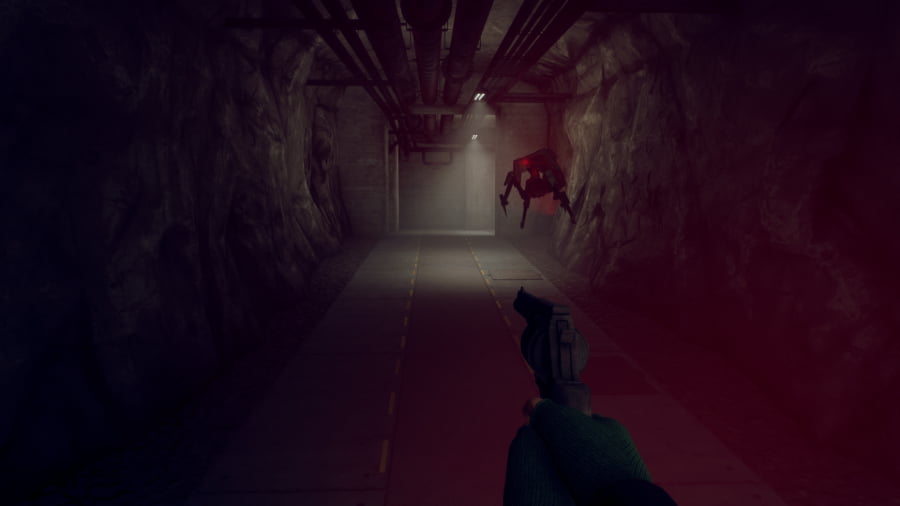 There are other issues too, such as menus that are overly fiddly. I’ve also been stuck in the environment multiple times, and the game has crashed on me, causing me to lose progress. Even playing in co-op isn’t as good as you’d hope it to be. While players who join your game can complete the objectives laid out in front of you, they can’t fast travel to the safe houses you’ve unlocked. They can’t even fast travel to your position until you’ve got a radio to place on the floor that allows it, and once it’s placed it stays there. The only way to fully enjoy Generation Zero with others is to play it with them from beginning to end.

It’s a shame, because there are glimpses of a brilliant game in Generation Zero. For players that like to just explore and takes things at their own pace, it does actually have a lot to offer. But there are so many bugs and gameplay mechanics that just don’t feel fine-tuned that it’s hard to appreciate what it does right. Mouse pointers in menus and the lack of even a hint of auto aim make you feel like little thought has been put into the console port. And little things like having to jump when entering sheds because the steps are too big to simply walk over gives you the impression that it has been shoved out of the door. 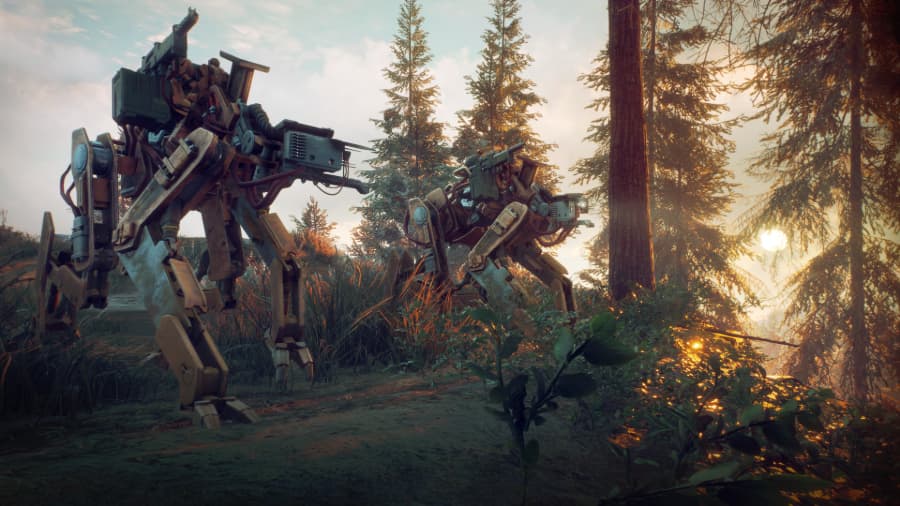 With additional work to improve the AI of its robotic foes and eradicate bugs, and some balancing to accommodate solo players, Generation Zero could be a good game. As it is, solo players will spend much of their time going into their inventory, equipping health packs and using them. And there’s yet another of Generation Zero‘s problems, its combat is tough, but you have so much ammo, health packs and adrenaline shots that allow you to revive yourself thrown at you that you can just power through any challenge. And if you run out, you can just reload your game and all the loot is generated again, allowing you to stock up.

Basically then, Generation Zero is a game of extreme peaks of troughs. At times it’s dreadfully boring; other times it’s wildly exciting. It doesn’t want to make your life easy, but then throws so much resources your way that being downed is trivial. It looks great, but it has a lot of bugs that will only make you able to view the game as ugly. Like Marmite, Generation Zero will dramatically split opinion. But it’s not just a matter of taste – Generation Zero‘s glitches and ill-implemented mechanics are just as much to blame.

Generation Zero is available on PS4, Xbox One and PC. We reviewed the Xbox One version. 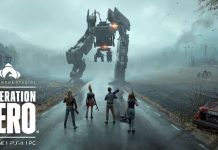 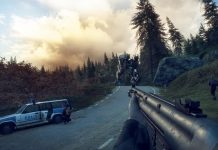 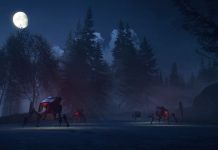