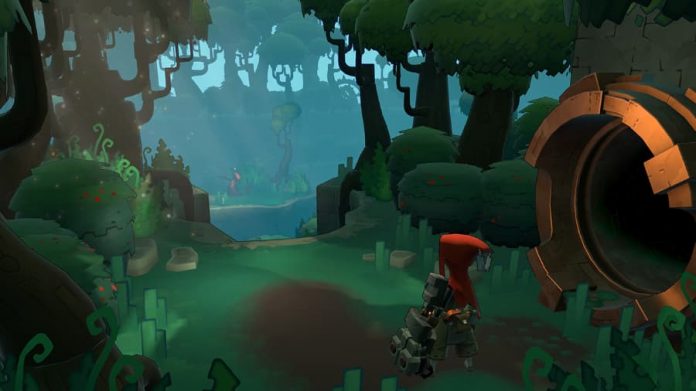 Hob is a mysterious game.

Devoid of any dialogue except the occasional incomprehensible musings of some of its unusual creatures (including a giant stone golem), it’s a game in which you’re pretty much left to figure things out for yourself. There’s not even any text once you’re in-game. And that’s both good and bad, as it turns out.

You begin Hob capable of movement and little else. You don’t really know what you’ve got to do, and so you’ll you’ll follow the golem that seemingly accompanies you. It takes a tragedy for the game to pick up pace, and then before you know it you’re capable of combat. It’ll take you a while to become an adept fighter, though. Don’t get me wrong, you’ll be able to dispatch smaller foes with ease, but you won’t really stand a chance against those who are two or three times your size. And that’s where the real joy to be derived from Hob lies. Exploring a surreal world that seems to have fallen under some misfortune, and making your strange avatar more capable of dealing with it and its inhabitants.

Hob‘s world is like one big giant puzzle. At first it seems small, but by activating mysterious mechanisms you reconstruct the lands that for some reason have become disjointed. There’s also a dangerous dark growth that prohibits access to certain areas, but you can take care of that, too. Needless to say, once you’re a few hours into Hob, you begin to feel like you’re rebuilding a beautiful world. And while you’re liberating and restoring it one section at a time, it pays to explore. Not only will you find health and energy upgrades, but you’ll also gain access to abilities that will make you more proficient in combat. 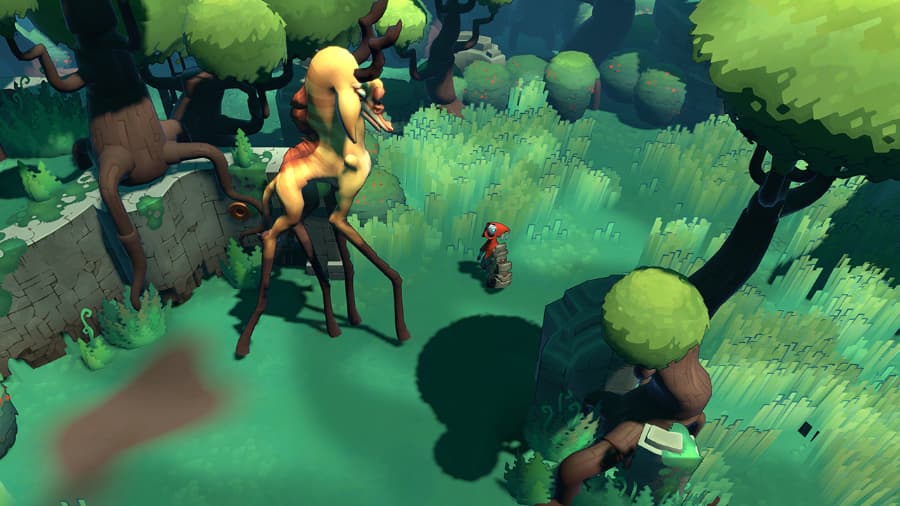 There are times where Hob‘s vagueness isn’t all that welcome, though. While a marker is plonked on your world map showing you where your next crucial destination is, how to get there isn’t all that clear. For the most part you’ll probably be fine – you’ll just push on into new ground – but when you do lose your bearings and haven’t hot a clue where you’re supposed to go, backtracking through areas looking for a door, switch, ladder or anything that you’ve not interacted with before can become very tedious.

Developed by Runic Games and ported to Switch by Panic Button, I was totally new to Hob: The Definitive Edition when I began playing. Its original release on PC and PS4 passed me by. Now I’m wishing that it hadn’t, though, as while the Switch port is pretty good, it doesn’t feel like Hob is best played on Nintendo’s hybrid console. In handheld mode, the compromises made to get Hob running at a fluid framerate results in a game that looks rough around the edges. Camera angles that sometimes work against you and frequent dark environments make playing the game in handheld mode more frustrating at times. 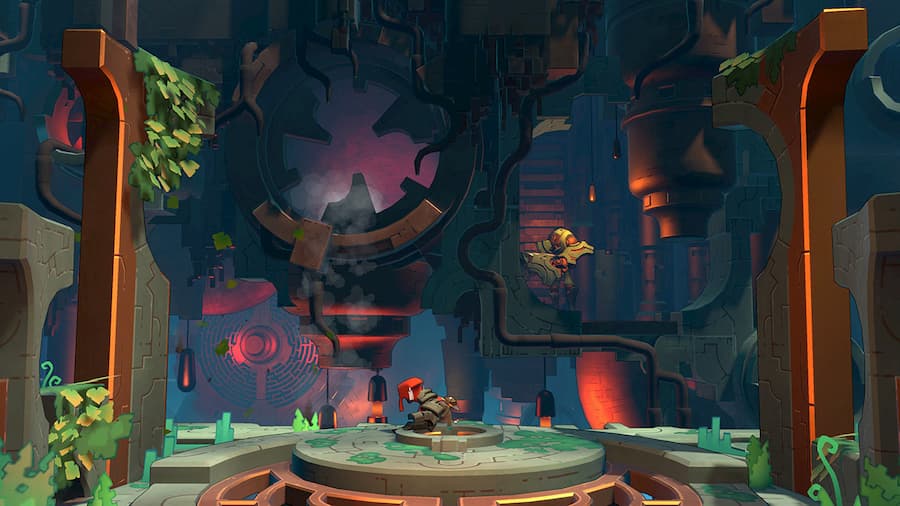 Dock your Switch, however, and things do improve. The visuals are noticeably sharper, and a larger screen means that you have better visibility of the game’s world. You still get the feeling that Hob is meant to be played on a machine with more grunt though. Its world has been made to be savoured; its frequent scenic viewpoints made to impress. On Switch, it feels like the experience has been neutered on both counts. And did I mention that the game has crashed on me numerous times while playing? Thanks to Hob‘s generous checkpoint system I never really lost any crucial progress because of it, but still, it’s far from ideal.

Being the definitive edition, Hob on Switch isn’t just a simply port of the game though. It supports HD Rumble, for example, and has streamlined menus. The campaign has supposedly been tweaked, too, though not having played the original game I can’t say how much has been changed. But it’s pretty neat that you can choose between the original or reworked campaign when you begin the game, in case you want to see them for yourself or aren’t a fan of the changes. 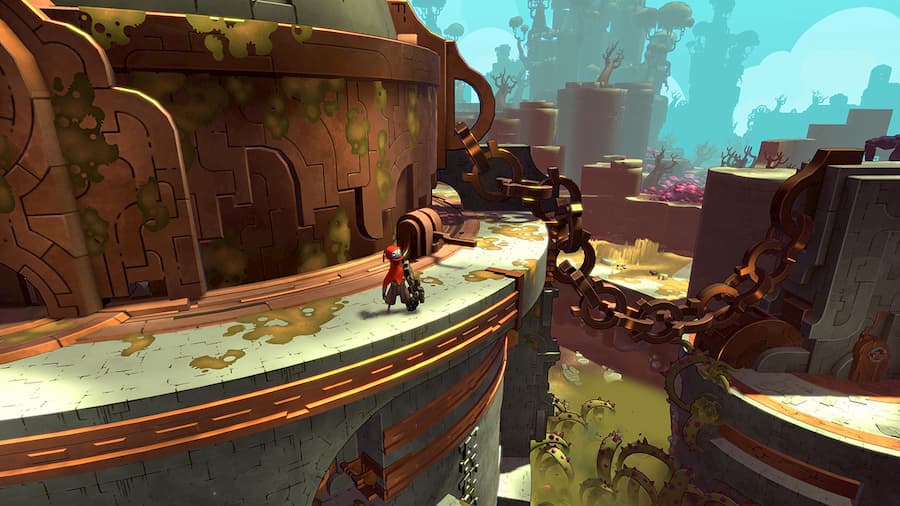 Hob: The Definitive Edition is an enchanting adventure, no doubt, and one that lasts quite a while. I just don’t know if it feels quite at home on Switch. If you can get over the poor quality of the visuals in handheld mode, the crashes and the occasional frustration placed in your path, you’ll become engrossed in a game that begs you to explore its world with a fine-tooth comb. If you’re not going to be playing it on the move and have access to a PS4 or a decent PC, however, you’re probably better off picking up Hob on one of those formats instead. You’ll miss out on some gameplay tweaks, but you’re likely to have a better experience overall.

Hob: The Definitive Edition is available on Switch. 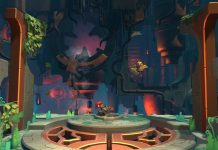