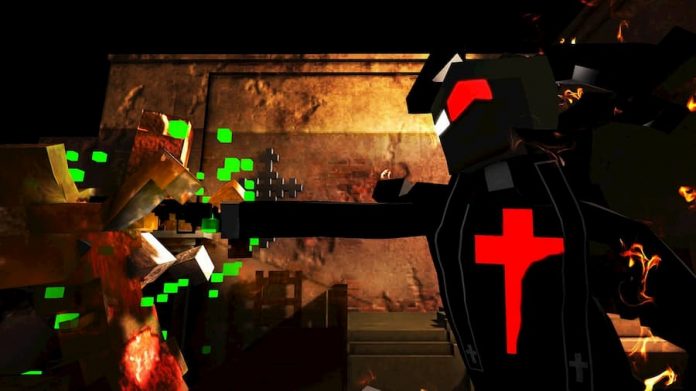 Playing The Padre is like having a conversation with someone who has split personality disorder.

I’ve spent quite a bit of time with pixelated horror game The Padre from developer Shotgun with Glitters. At some points it’s pretty spooky, and at others it’s funny. It’s hard to describe what exactly the game is all about, because I’m not quite sure that there is one single thing that it is. It counts as a horror game because of its dark tone and spooky content, but it could also be a funny adventure game because of its sense of humour and action-sequences.

Did I like the game? For the most part, yes. But does it have issues? Absolutely.

In The Padre you play as a priest on the lookout for his for his friend and mentor. The mentor’s last known location happens to be a mansion filled with ghosties, ghoulies, and zombies. Luckily, the Padre himself dabbles in a bit of demon hunting so he’s prepared for a fight.

When it comes to gameplay, The Padre plays like your average point-and-click adventure – with some moments of combat with ghouls. You pick up items and can use them or combine them together to solve puzzles. Interestingly enough, if you pick up something that you shouldn’t or do one wrong thing when trying to solve a puzzle, there’s the possibility of death. If you do happen to die, angel’s tears will be added to a vial that the Padre holds. If your vial fills up, you die for real and have to start anew. 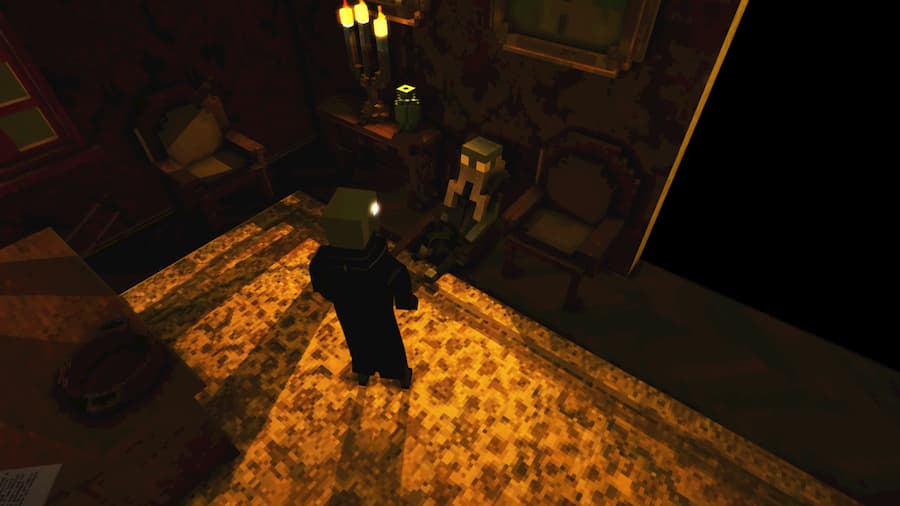 It’s a horribly frustrating game mechanic considering that you aren’t given any indication that it’s happening until it, well, happens. Boom. Thrust out of existence and forced to start over. It isn’t done well and The Padre would be considerably better simply with a hint system, letting you know of your upcoming demise.

There’s a lot of things that I would change about The Padre. Its camera controls are awful and its voice acting is average at best (even hard to hear at times), but it isn’t without its merits. The 3D pixel art style is endlessly charming and the writing can be pretty funny. It feels more like a comedy horror than a real horror, and while that’s probably the intention, it’s never quite clear. But it did get more than a few chuckles out of me, reminding me of more than one B-movie horror I’ve seen.

The Padre’s Steam price of £15.49/$19.99 feels a little steep for a game that has quite a few issues, but I’d recommend picking it up if it goes on sale. It’s rough around the edges, but it has a few good things going for it. It’s worth it just to hear someone say “son of a motherless goat”. Heh, heh.