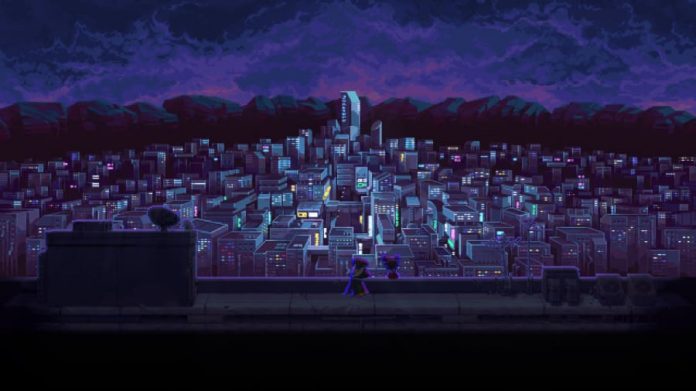 I very nearly slept on Katana Zero, but boy am I glad that I didn’t. You shouldn’t, either.

“Gripping” is one of the best words to describe it. Placing you in dark world in which violent assassins are seemingly abound, it initially comes across as side-scrolling iteration of Hotline Miami. After all, you head out with a target in your sights, and take out legions of goons on the way. Get hit and that’s it; it’s time to try again from the beginning of the map. Katana Zero is much more lenient, though. Its missions, cut into bite-sized chunks, have plenty of checkpoints to prevent the action from ever feeling too frustrating.

It’s only as you continue to play though Katana Zero that you realise that it’s very much its own thing. With its time control bent, dying sees the action being rewound for you to try again. And you can also make use of your time control powers more directly if you wish, slowing down the action to give you a better chance of deflecting a bullet with your sword or taking down a group of enemies. You also have access to a nifty dash manoeuvre that enables you to move though hazards such as lasers without even taking a scratch.

Your abilities, along with being able to pick up various items in the environment to take down or hinder your foes at a distance, make Katana Zero an action game that demands quick movement and thinking. You need to swiftly move from one enemy to another, and be aware of others in the vicinity that might become alerted to your actions. Each screen is almost like a puzzle in some regards, with you having to figure out the best way through it. And while stealth sometimes helps, your goal is pretty much always to kill everyone. 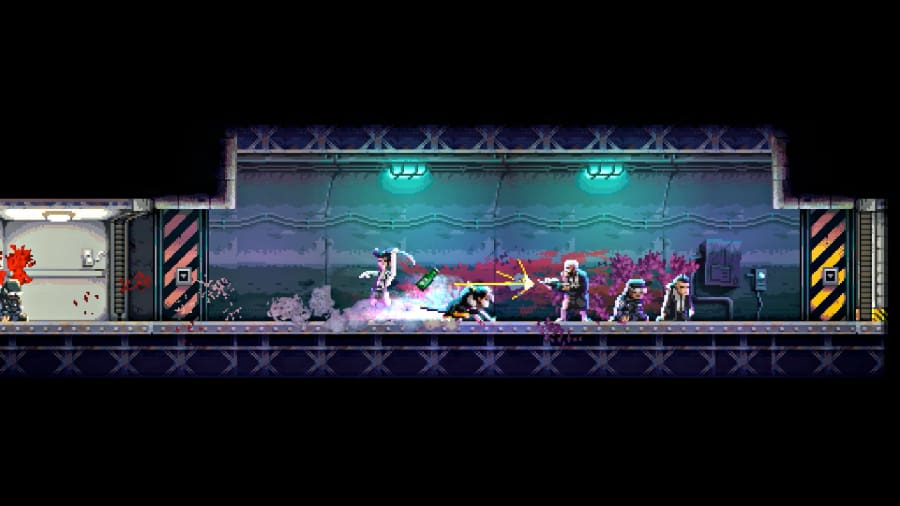 But Katana Zero isn’t just another action game – it also has a rather brilliant story to tell. Dialogue options do a great job of drawing you into the game’s narrative, and you really get a sense that the choices you make are important, even though they rarely seem to be. You can be an asshole that interrupts people when they are talking to you if you wish, or you can hold a nice, sensible conversation, and perhaps uncover some valuable information about your predicament. And with a story that just gets more intriguing by the minute, you’ll definitely find yourself going down the rabbit hole.

I don’t want to say too much about Katana Zero‘s story because no one likes spoilers, but it’s absolutely gripping. Even if the game’s fast-paced action wasn’t so stellar, the story alone would make it worth playing. While Katana Zero‘s gameplay provides you with high quantities of adrenaline, it’s the snippets of narrative that occur as you go about your business that will keep you hooked. And the way it’s presented does it wonders. You feel like you’re playing the main role in some 80s grindhouse flick. 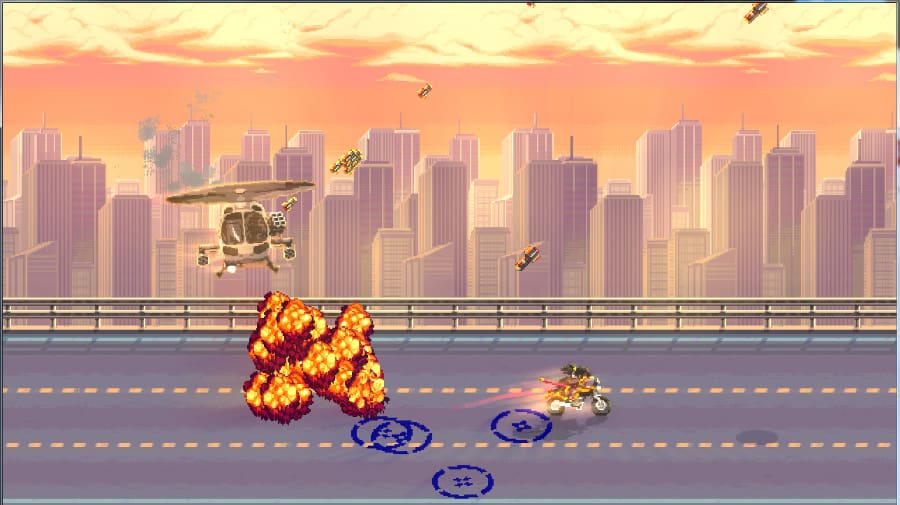 The only thing disappointing about Katana Zero is that it ends, really. In under five hours I was left watching the credits roll, with the words “to be continued” at least giving me solace that there’s more to come. There isn’t a great deal of replayability, unfortunately. There are no arcade-like challenges outside of the main game, though a new area unlocked after completing the game gives the impression that some new content may be added in the future.

Still, even with its lack of replayability, you should buy Katana Zero right now if you’re a fan of action games with great tales to tell. When its thumping music kicks in, you know it’s time for action of the highest calibre. And married with sumptuous pixel art and a mystery you can’t wait to unravel, it’s a match made in heaven. Katana Zero is hands down one of the best games released this year.

Katana Zero is available on Switch and PC. We reviewed the PC version.