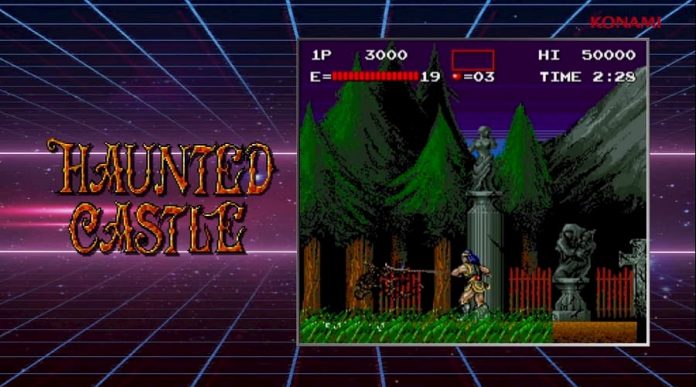 It seems like it was only announced yesterday, but Konami’s Arcade Classics Anniversary Collection is now available for purchase.

Assembling eight classic Konami arcade games into one package, Arcade Classics Anniversary Collection is a must-buy for retro fans. It even includes an in-game book, filled with concept sketches and designs created during the production of the titles included.

The games included are:

There are a few games there that we’re looking forward to playing again. What we’re most excited for, however, is Haunted Castle. The arcade version of the original Castlevania, we’ve shockingly not yet played it.

Konami’s Arcade Classics Anniversary Collection costs £15.99/$19.99, and is available on PS4, Xbox One, Switch and PC. Unfortunately it’s digital only.