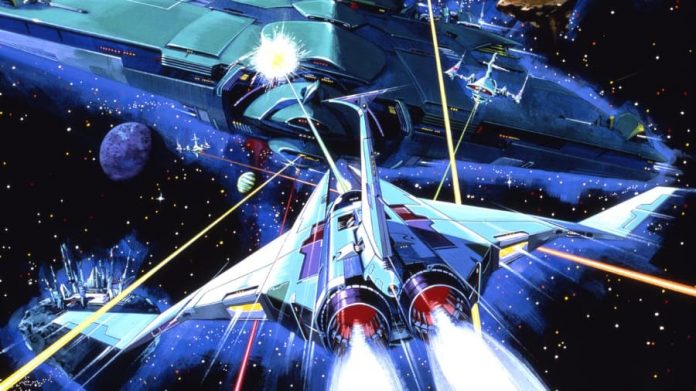 With the majority of its games being shooters, Konami Arcade Classics Anniversary Collection perhaps doesn’t quite have the breadth of appeal that it should have.

Only Haunted Castle – the arcade version of Castlevania – doesn’t demand you to reign bullet hell on your enemies. And that game surprisingly manages to be the worst of what’s on offer. So, if the arcade classics you fondly remember don’t require you to pilot ships and hammer the fire button like a maniac, you’re probably not going to get much out of this, the first of Konami’s celebrations of its history.

Eight games make up Konami Arcade Classics Anniversary Collection. You have the aforementioned Haunted Castle, the original Gradius and its sequel, otherwise known as Nemesis and Vulcan Venture, Scramble, Twinbee, Thunder Cross, Typhoon, and Life Force. You might know the last two better as A-Jax and Salamander. If you’re a fan of side or vertical-scrolling shooters, some of those games will definitely pique your interest. And yes, the likes of Gradius and TwinBee are still very entertaining.

While other retro collections are doing the great thing of allowing you select between the various versions of games released in different regions, Konami Arcade Classics Anniversary Collection does not. You’re stuck with the versions that Konami provides you with, so there’s no opportunity to see how the Japanese iteration of Nemesis, for example, differs from its American counterpart. It perhaps won’t be a big deal for many, but still, it’s a bit disappointing. 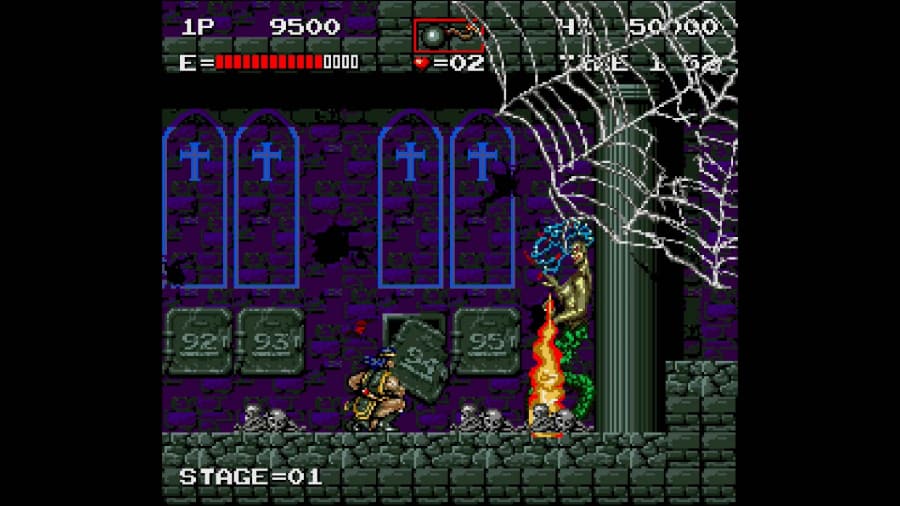 The good news is that the emulation of the games provided is very good indeed, and there’s a decent range of options to fine-tune your gaming experience. You can change the aspect ration of all games, for example, so you don’t have to play with black borders if you prefer. You can also apply some filters to tidy up the visuals a little. And if you are finding any particular game too hard – yeah, I’m looking at you, Haunted Castle – you can increase your number of lives and even change the difficulty level of some games. Infinite continues are available, too.

Of all the games included, I’ve found Thunder Cross to be the one that’s best stood the test of time. Not only is it one of the better-looking games in the collection, but from a  gameplay standpoint it doesn’t feel that old either. It’s funny, because I’d never heard of or even played Thunder Cross before the collection was announced. I was most excited to play Haunted Castle. Yet after half an hour of play, Haunted Castle had made me lose the will to live. Thunder Cross, on the other hand, I still can’t put down. 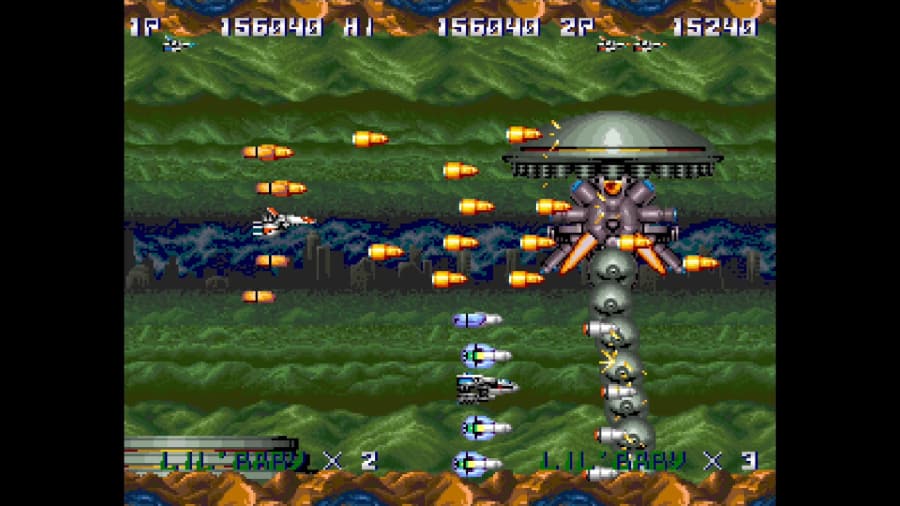 One other thing to mention, like any retro collection worthy of your time these days, Konami Arcade Classics Anniversary Collection features bonus content that gives you an insight into the games it showcases. Provided in the form of a bonus ebook, you’ll find artwork, interviews and more, making it very interesting for those who like a glimpse behind the scenes. It certainly captivated and enlightened me, anyway.

Konami Arcade Classics Anniversary Collection isn’t going to amaze you. It’s not the pinnacle of retro collections – it has too few games and not enough features to truly impress. But it’s also not a failure. Some of the games here will provide quality entertainment for those with fond memories of feeding arcade machines their spare change. And as Thunder Cross has shown me, some them might even be able to attract new fans. Don’t go into it with lofty expectations, and Konami Arcade Classics Anniversary Collection will serve you just fine.

Konami Arcade Classics Anniversary Collection is available on PS4, Xbox One, Switch and PC. We reviewed the Xbox One version.