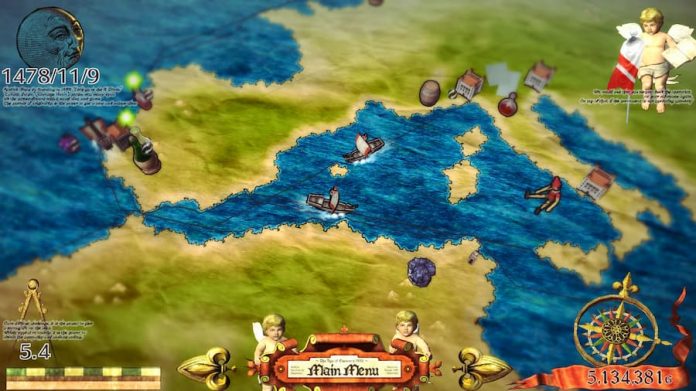 Published by Studio Artdink, Neo Atlas 1469 follows the adventures of pioneering sailors who aim to explore the un-plotted world map.

In order to fund these excursions, goods discovered in these lands can be traded, allowing for the player to build a bigger fleet of more successful ships. An adventuring/management sim at heard, Neo Atlas 1469 certainly creates a sense of discovery for the player, but too much handholding and drawn-out dialogue with uninspired NPCs means it can also run into stormy waters at times.

Neo Atlas 1469 opens with a prologue based around two famous adventurers who sail into unknown waters. It acts as a tutorial for the player – a chance for Miguel, the friendly and very likeable assistant, to show the player the ropes. The basic gameplay involves finding an area on the map to sail to, with the first quest being based around sailing to the unexplored area to search for the lost adventurers. It’s a long tutorial, but one that is needed. Neo Atlas 1469 takes its time to introduce new features to the player, which helps make it much less overwhelming, and provides an enjoyable sense of progression.

After the first episode (tutorial) is completed, the player is allowed to feel like the wind is really in the sails as trading opens up. The fleet is based in Portugal, and many European countries are available at this moment to sail to. The majority of the world’s map is covered in mist, and is not yet discovered, but Europe is ripe for trade. Being able to trade certain raw materials means that items can be manufactured in Lisbon, and then be traded. The second episode revolves around sailing to London to trade grapes for wooden barrels. This allows Lisbon to make wine, and then trade it. With raw materials galore in the continent, and with the promise of more exotic items worldwide, it provides the main motivator for Neo Atlas 1469. 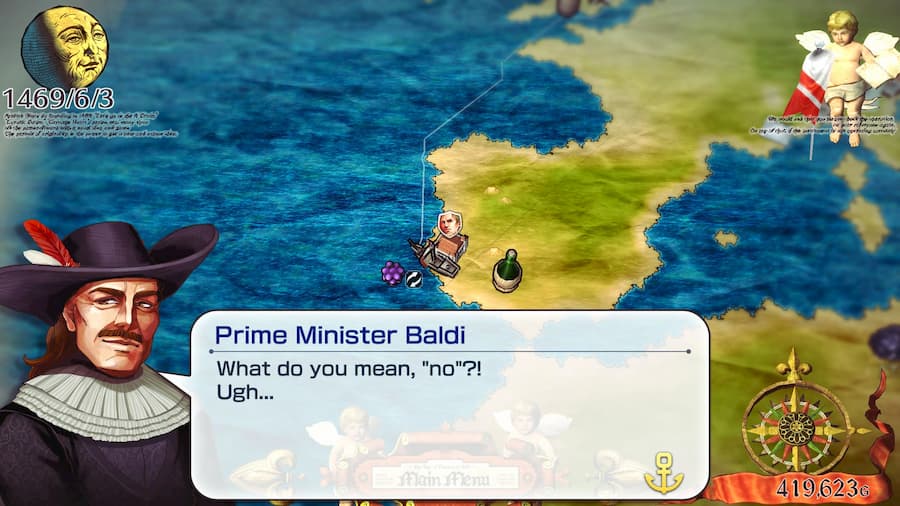 Neo Atlas 1469 really exceeds with its simplicity: setting ships from the fleet out to sail is very easy. The majority of the player’s time spent with the game will be focused on the interactive map, one that is easy to navigate around. This map can be zoomed into, with smaller cities and treasures being discoverable when examined in close detail. Sadly, the actual act of zooming in and finding smaller treasures can be a chore; there’s a lot of land to scan through, and some items are just too well hidden.

Once all of Europe has been scanned through, the player is encouraged to set sail into the open seas in order to find new lands. In these moments the NPCs (who can at times feel very one dimensional) really come into life, and the sense of adventure and excitement is ramped up.

Despite this sense of openness being created, Neo Atlas 1469 holds the player back too much with its non-stop dialogue. There’s so much input from Miguel and each admiral, plus the Portuguese Prime Minister and King, that it just feels too choppy. Far from plain sailing, the current of interruptions often spoils what should be a sense of adventure.

The player gets to choose which ships within the fleet will sail to the unknown lands, and which lieutenants will be in charge. Each character has their own unique set of skills, and each new town also has a set of characteristics. For example, one country may not take kindly to new explorers, so it’s wise to choose a lieutenant with good charisma. But some voyages may be dangerous, requiring better sailors. I wish there were more mechanics like this, as the different stats don’t really affect the overall style of play too much, but finding out an expedition has been unsuccessful due to one of these reasons is enough to require at least some strategy. 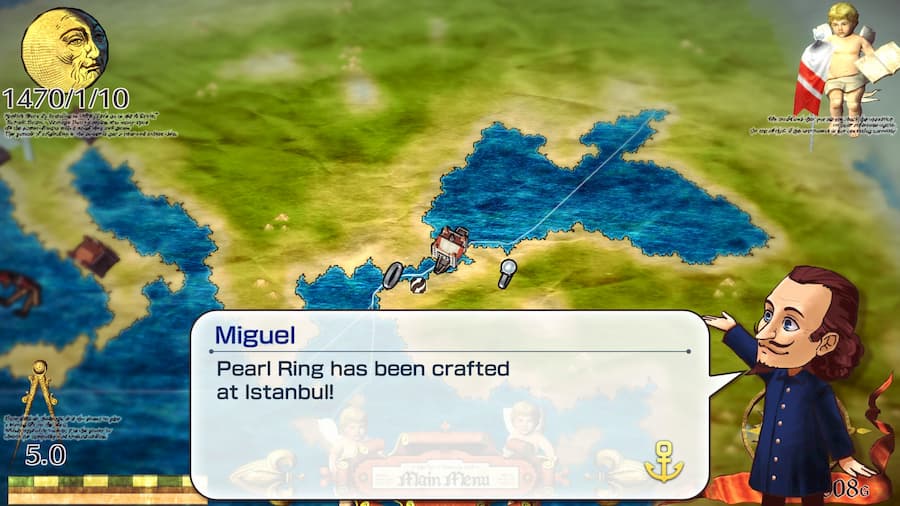 Neo Atlas 1469 makes exploration fun and accessible, and the same can also be said of managing the fleet of ships and sailors. But sadly, this comes at a cost: the overall management mechanics just feel too simple. Miguel will often warn the player of the dangers that come from bankruptcy (game over), but money never really feels too tight.

Characters also level up after each voyage, making each adventure that much more important. But due to how easy it is to progress through Neo Atlas 1469, these levels never really matter too much. The sense of achievement that should come from building a better fleet, and creating a trading empire, should really be much more rewarding, and that is arguably down to the lack of challenge provided.

Despite its lack of challenge, Neo Atlas 1469 offers up a unique and enjoyable experience. From venturing into the unknown seas with each expedition, to creating a trading empire, it creates a sense of pioneering adventure that is highly addictive. But an over-saturation of dialogue and too much hand-holding can get in the way of the fun. If you’re willing to look past that though, Neo Atlas 1469 offers up an easy-to-play adventure that can be enjoyed by all.

Neo Atlas 1469 is available on PC and Switch. We reviewed the Switch version.