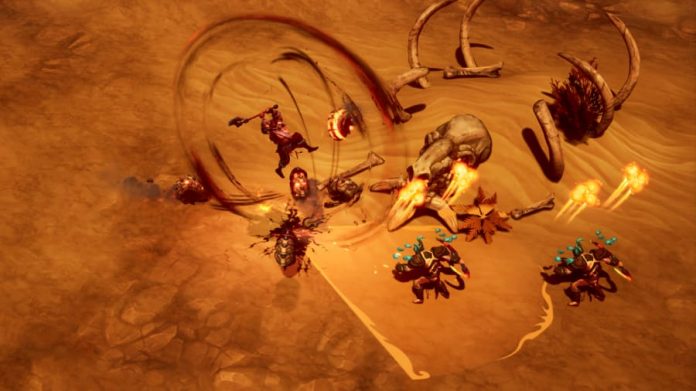 Always online, you sign in, choose a character and then play through a campaign served up to you not as an open world, but as concise levels. As such, it’s easy to dive into when you have as little as 30 or even 15 minutes to spare. And for an early access title, it’s surprisingly polished. I’ve been playing it with epic settings at 2560×1080 on a GTX 1060 without any performance issues. It hasn’t crashed on me at any point, either.

My time spent playing Pagan Online up to now has been with the character Kingewitch, a battle-hardened warrior who wields a great axe, and I’ve completed little more than the first chapter of the game’s campaign. I’ve replayed the battles found in the first chapter a couple of times though – just to grab more loot to make subsequent battles a bit easier.

Alongside the usual gold and crafting materials I’ve found tomes, trinkets, rings and other accessories that can be equipped to boost my stats, as well as new axes. Unfortunately you can’t equip armour, but that’s probably because there are skins to earn that dramatically change your character’s appearance.

Like Diablo, there is a hub that grows as you play through the game. Within a few hours you’ll have gained a blacksmith and a vendor as allies, and also a strange demon that allows you to upgrade your skills. Needless to say, there’s hours to be spent collecting loot before crafting new items and selling what’s worthless to you. It’s a repetitive process, but also a compelling one. 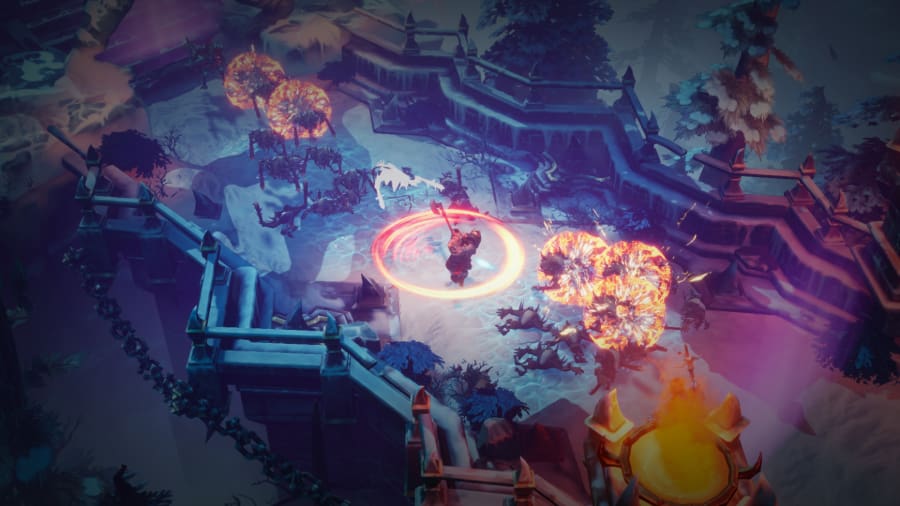 There is a danger that Pagan Online could become too repetitive though. While you can upgrade skills, you can’t change them. Each character has a handful of skills that become available as you level up, but there’s no excess; no overflow requiring you to build your own skill loadouts. Once you’ve chosen a character at the start of the game, there’s no way to play as another either. Not until you’ve gathered enough shards to unlock the additional seven characters, anyway. Basically, you’re in for a grind. It feels a little unnecessary considering Pagan Online is not a free-to-play game.

But this is a game only just hitting early access. There’s still a lot of content and features to be implemented and existing ones to be tweaked. There’s no controller support yet, for example, even though it seems like a game that would work wonderfully with a controller.  Unlike other action RPGs on PC, movement is of the WASD variety rather than clicking on a location or enemy with the mouse. Co-op play isn’t available yet, either. That’ll totally change the dynamics of the game when added. What’s impressive is that even at this early stage though, Pagan Online is very much playable. In fact, it’s a hell of a lot of fun. Especially in small doses.

The campaign missions I’ve completed up to now have either been simple wave-based battles taking place in small arenas or more open maps that have allowed me to go at my own pace. The sheer number of enemies thrown at you means that you’re never left twiddling your thumbs, and there are also challenges to complete for additional rewards. I’m a big fan of huge battle chests myself. Opening them up and being showered with loot of all varieties is a joyous experience, just like it should be. You’re also showered with loot for taking down elite enemies. It feels like a just reward when some of them really do put up a fight. 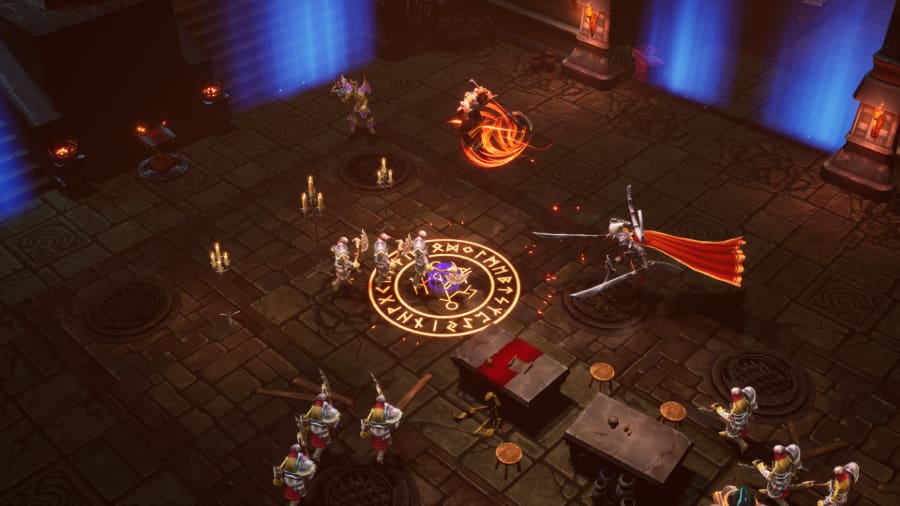 Needless to say, I’ll be putting plenty more hours into Pagan Online. I’ll be developing my character even further while working towards unlocking more to play as. I’ll be trying out other ways to earn loot such as missions and hunts that are separate from the campaign. And I’ll be taking every opportunity I can to craft items that enable me to slay my foes more efficiently. I’m not sure if the game will ever grab my attention quite like Diablo 3 does when I’m in its clutches, but it seems like an action RPG with a lot of potential.

You can buy Pagan Online on Steam right now for £22.99/$29.99, and it’s definitely worth checking out. It’s expected to be in early access until later this year, and as the game reaches completion the price is set to rise. Those who buy the game while it’s in early access will also nab themselves an exclusive pet.