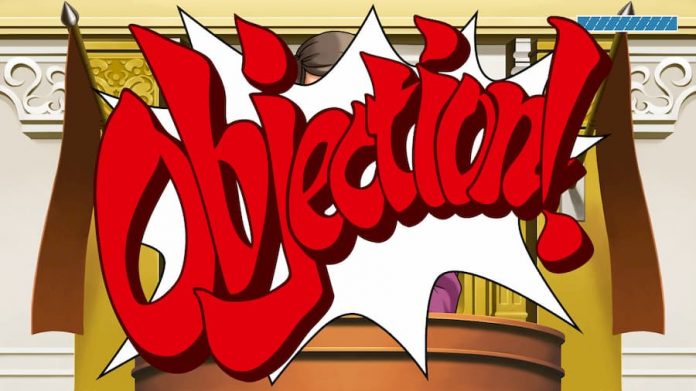 I’m no lawyer, but I’m pretty sure Phoenix Wright should be behind bars.

Not for any single offence; though having been repeatedly pelted with coffee cups, he’d be entirely justified in assaulting his legal opposition with his own stupid Geordi La Forge visor. Instead, it’s the sheer range of suspect legal shenanigans in Phoenix Wright: Ace Attorney Trilogy that had me raising an eyebrow.

As Phoenix Wright, this courtroom battler pits you against four prosecuting attorneys, all of whom are painted as rather shady characters. They’re happy to do anything to get a guilty verdict, going so far as to lie to the judge, conceal evidence and even write witnesses’ testimony for them. Yet the game forces you to engage in similar conduct to get the win.

It’s not that the game’s making a point about bending the law or fighting fire with fire; you’re just given a free pass because you’re Phoenix Wright, Mighty Lawyer.

Luckily, Ace Attorney Trilogy’s brand of legal mayhem is so appealing that you’ll happily dismiss these ethical concerns and lean into the madness. And, make no mistake; Ace Attorney Trilogy is as mad as a fish. It’s actually a collection of three Japanese Ace Attorney games, the first of which was released on Gameboy Advance in 2001, though it didn’t receive an English translation until it hit the Nintendo DS several years later. 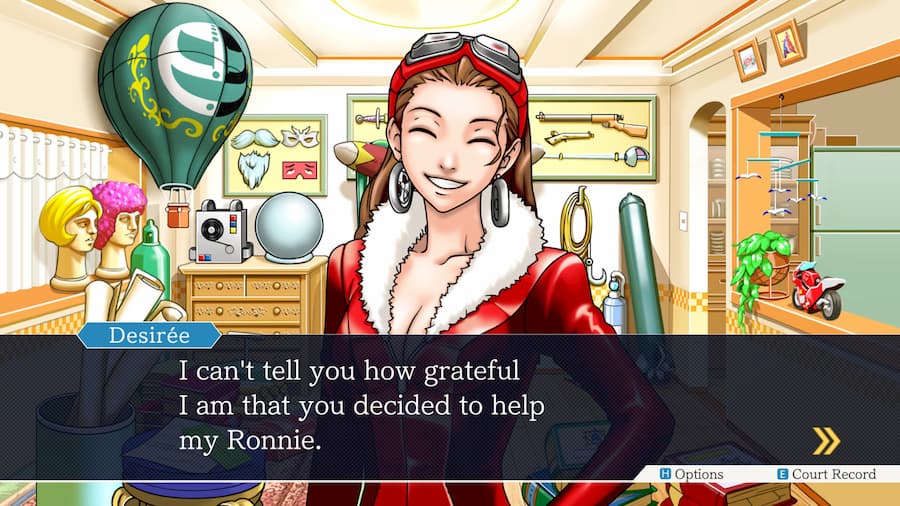 The current generation console incarnation of the trilogy features the same lush high definition graphics as the iOS port, ensuring that the game has never looked lovelier. As someone who played the Ace Attorney games on Nintendo DS, I initially found myself missing the DS versions’ additional animation frames. But my initial reservations were eclipsed by the sheer joy of seeing the series’ many bizarre characters, which include an aromatherapy obsessed chef, an amorous security guard and a whip-wielding prosecutor, in glorious full screen HD.

Each of the game’s 13 cases (barring the opening tutorial cases) is split into two distinct sections. Upon learning of a crime, you have to roam around the location where the murder occurred, uncovering clues that take you to other locations. This in turn could give you the vital piece of evidence you need to prove that the shady individual you encountered earlier is lying.

For the most part, the increasingly complex plot and Ace Attorney’s tongue-in-cheek humour (kudos to the translation team for making it work) will distract you from the fact that you’re basically playing a hidden object game. Just be some prepared for some terrible, terrible puns; I won’t spoil Ace Attorney Trilogy’s wordplay, but the most recent entry in the Ace Attorney series features a monk called Pees’lubn Andistan’dhin. 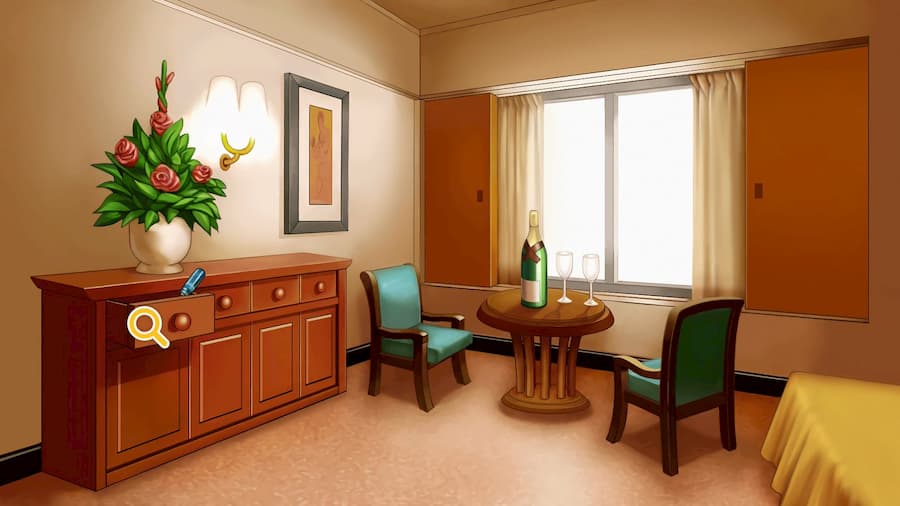 However, it’s the courtroom battles that really make Phoenix Wright: Ace Attorney Trilogy so compelling. It’s impossible to fail the investigation sections but, should you present the wrong piece of evidence enough times, your client will receive a guilty verdict. The premise behind Ace Attorney Trilogy’s compressed courtroom sections is that the country’s legal system is under such strain that trials have to be completed within two days.

This lends a real sense of urgency to proceedings, even though there’s no actual timer ticking down. As witnesses are called forth (one of whom is invariably the murderer) you pore over each line of dialogue, trying to spot a contradiction between their words and the evidence you have in your “court record”. Or, on some occasions, you may have to press them for more information in order to unravel their lies. You can spend ten minutes scrolling back and forth through dialogue, looking for that one thread that will unravel a witness’s testimony, but the payoff for doing so is utterly glorious.

Ace Attorney Trilogy’s trials are back-and-forth affairs; each a tightly-scripted tug of war. Just when you think you’re winning, the opposing attorney will pull something else out of his hat, right up until the closing moments when you’re able to conclusively prove who the real killer was. But each little win is immensely satisfying, even knowing that it’s likely to be undermined moments later. Every time you spot a contradiction, accompanied by Phoenix’s cry of “Objection”, you’ll feel a surge of adrenaline. Confronting the killer, and watching him break down dramatically in the box, is one of the most rewarding experiences gaming has to offer. 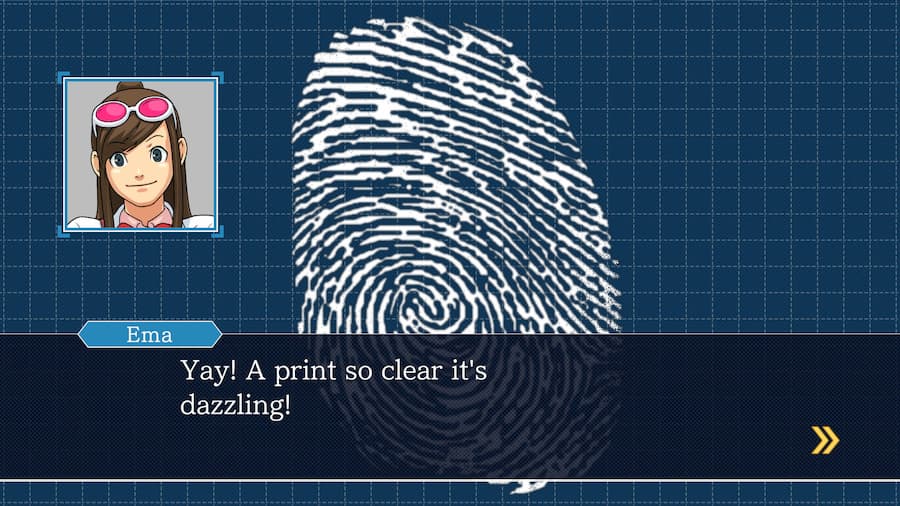 Phoenix Wright: Ace Attorney Trilogy’s plots are enjoyably convoluted and, for the most part, the game manages to sell you on its absurdity. Yet there are times that you’ll suffer for the game’s linearity and others where it expects you to leap a logical chasm. The latter is more forgivable since Ace Attorney Trilogy’s absurdity is a key part of its appeal, but the former can be genuinely frustrating.  Even if you’ve never played any of the Ace Attorney games before, there will be the odd occasion when you get ahead of the plot; you realise who’s responsible for a crime and you know which piece of evidence will prove it. But since Phoenix hasn’t worked this out in-game, you won’t be allowed to do so. Instead, you’ve got to follow the specific steps the game has laid out for you.

But such occurrences are infrequent enough not to be game ruining and while you shouldn’t count on Phoenix Wright: Ace Attorney Trilogy being legally accurate, it’s a hell of a lot of fun. For all its silliness, there are some emotionally charged moments and, spread over the three games, some pleasingly solid character development.

Even if you’ve already played the first three Ace Attorney games, Phoenix Wright: Ace Attorney Trilogy offers the opportunity to experience all those legal shenanigans on the big screen. And if you’ve never seen Phoenix Wright bluff his way to victory, it’d be criminal to miss out.

Phoenix Wright: Ace Attorney Trilogy is available on PC, PS4, Xbox One and Nintendo Switch. We reviewed the PS4 version.