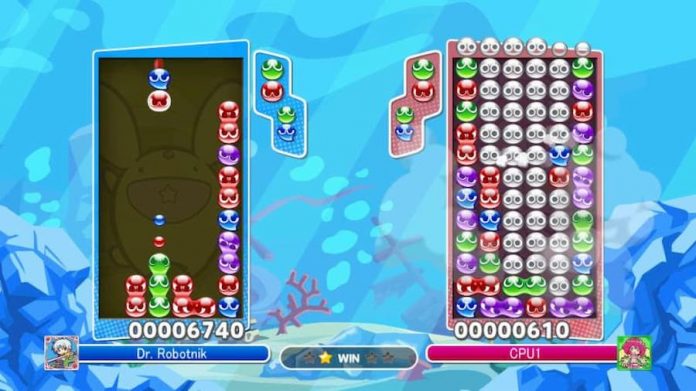 Want to play some exciting puzzles with your friends? Look no more!

Puyo Puyo Champions is headed to PlayStation 4, Xbox One, Nintendo Switch and Steam for PC in just a couple weeks on May 7th for $9.99.

With 24 characters and new features designed to make the game accessible to any kind of player, there’s loads of reasons to give Puyo Puyo a try.

Puyo Puyo Champions will have: a strong focus on global online competitive multiplayer, a tournament mode where you can compete locally, an improved replay system that saves battle history so you can see awesome replays, and dual audio for players to enjoy the original Japanese voice acting with either English, French, German or Spanish Text.

Look out for Puyo Puyo Champions heading to consoles and PC May 7th, and watch the trailer below.