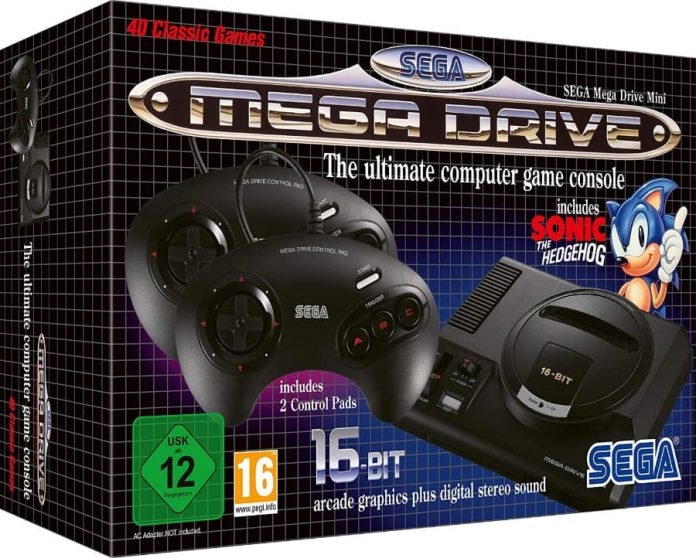 It’s official – the SEGA Mega Drive / Genesis Mini is launching in the west on 19th September.

Announced last year but then put on the back-burner due to public outcry over AtGames being involved in it, the SEGA Mega Drive Mini will now feature emulation by M2. That means that it should be pretty damn good.

While in Japan the Mega Drive Mini can be bought with one or two controllers of the six-button variety, in the west the Mega Drive Mini will come with two controllers as standard, and they both only have three buttons. It’s not a major problem as only a few games ever made use of the three extra buttons, but if Street Fighter 2 is included in the game lineup it’ll be a pain.

Speaking of games, the Mega Drive / Genesis Mini will feature 40 classics, though only 10 of them have been unveiled as of yet. They are:

The Mega Drive / Genesis Mini will cost £69.99/$79.99, which makes it great value for money considering a Castlevania Bloodlines cartridge sells for around £50 alone. Now we’re just eager to find out what the rest of the included games are going to be.

Want to secure yourself a Mega Drive / Genesis Mini for launch? Preorder using the Amazon links below.