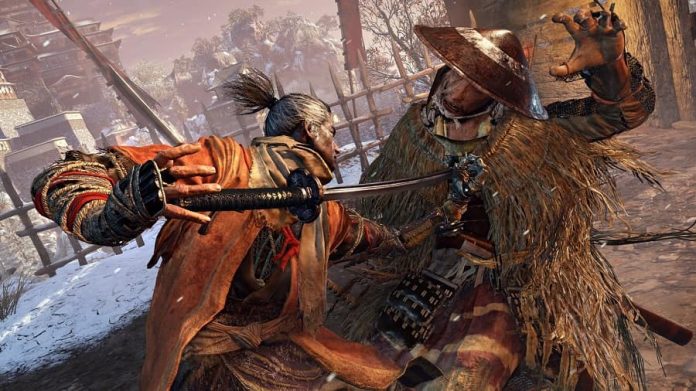 I find myself wandering a war-torn battlefield. My resources are dwindling; my health is at critical levels.

I’m searching for a safe place to rest and a chance to catch my breath. Before I can settle on a direction, a giant armour-clad warrior brandishing a spear atop an elegant steed begins charging at me. I rush around, keeping my distance and analysing every last move he makes. I take every chance I have to chip away at his health. I wait. I learn. I pounce. The dust settles, the warrior is defeated, and my hands loosen their grip on the controller. I can finally catch my breath.

That is a feeling I got over and over again playing Sekiro: Shadows Die Twice; a feeling of never quite being safe. A feeling of every battle being just as tense as the last, no matter which foe stood in my way. Whether you’ve gone through the catalogue of FromSoftware’s brutal legacy, or you’re experiencing it for the first time, you are going to struggle. You are going to fail. You are, no matter how careful you are, going to make mistakes. But whereas games like Dark Souls and Bloodborne occasionally give you slaps on the wrist for slipping up during battle, your punishment for such mistakes in Sekiro is often a swift death.

By now, most of us are familiar with the rich, detailed worlds of FromSoftware. Sekiro: Shadows Die Twice is certainly no exception. Traversing the world of this game offers players a chance to explore various environments and ecosystems. From tattered villages and mountaintop temples to poison-soaked caverns and treacherous jungles, Sekiro never fails to inspire awe with its setpieces. While you may not have those epic moments that recall seeing Anor Londo for the first time, the game succeeds in making each of its locations unique and admirable in its own way. Given that you have far more verticality than in any previous From game, your ability to take in and explore Sekiro‘s world is multiplied. 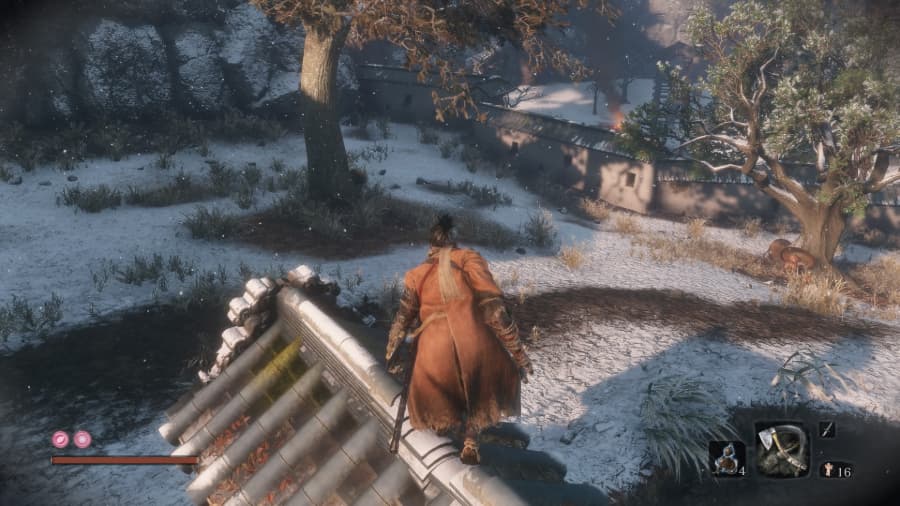 You can only take in your surroundings for so long, though, because every area has a slew of enemies waiting to take you down. What stands out most in Sekiro: Shadows Die Twice is how tense each individual fight can be. Even when you’re just fighting a handful of guards, the way the mechanics work makes each decision you make an important one. Do you keep pushing to try and break an enemy’s posture, or do you hang back and try to parry? From bosses to mob enemies, the game never lets up. Getting from point A to point B is a challenging, exciting, and altogether rewarding experience, every time.

The posture system in Sekiro: Shadows Die Twice is brilliant, though it does feel weird not having to manage your stamina. Being able to sprint endlessly is a strange feeling in a FromSoftware game. But standing your ground, planting your feet, and going toe-to-toe with the enemy is so incredibly satisfying. The give and take of each battle, the clanking of swords, the delicate balance of posture vs. health; it’s exhilarating. Every encounter, minus a handful of non-human enemies you face, feels like a battle between equals. It becomes so much more of a chess match, and it truly amplifies the excitement of each fight. The combat flow of Sekiro: Shadows Die Twice is so effortlessly displayed that boss fights can turn into beautiful, almost choreographed, displays of strength and intuition.

I’ve never been one to walk away from a challenge, and I’ve also never told people who do shy away to “git gud”, but Sekiro: Shadows Die Twice is definitely the first time in a while I’ve felt that pain. Bloodborne and the Souls series beat me up, but I kept pushing. Sekiro, on the other hand, beat me into a corner many times over.

Certainly, having the option of an easier difficulty could open the doors for so many more players looking to get into this game. I wholly agree with those who say difficulty isn’t a selling point, because it isn’t. I love challenging, difficult games. But not everyone does. That shouldn’t mean, however, that games like Sekiro just aren’t for everyone. I want everyone to be able to play, and enjoy, this game. Allowing them to do so at their own pace would surely only benefit more than it would hurt. 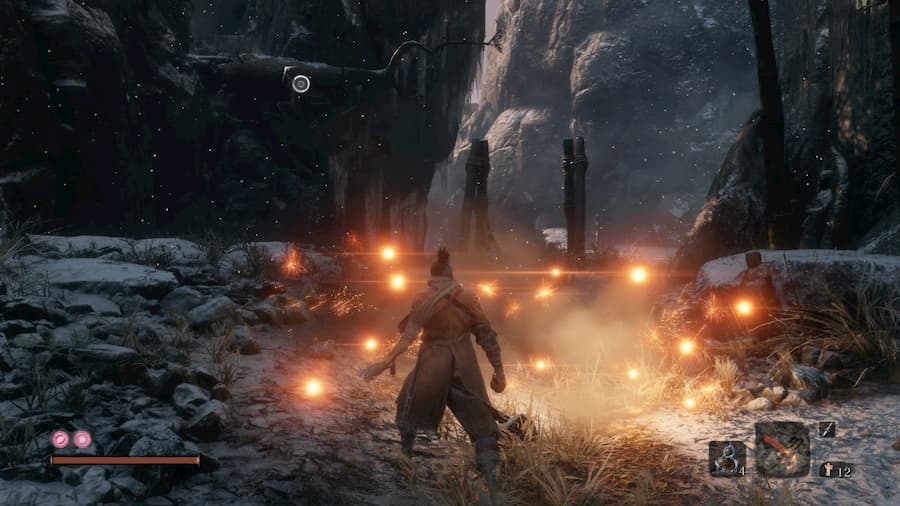 Sekiro: Shadows Die Twice is loaded with secrets, hard to find items, challenging hidden bosses, and undoubtedly so much more that is yet to be seen. You have your usual cast of miserable, downtrodden NPCs and merchants. Quest lines open up with little to no information, and puzzling them out is an enjoyable experience.

Your grappling hook really opens up the movement in Sekiro, but I wish it wasn’t so limited. You can, in fairness, get to pretty much anywhere you want, but there are invisible walls in almost every area. With a tool so different and unique from FromSoftware’s usual playbook, it’s a shame you can’t just latch on wherever you please. Though I found the shortcomings of Sekiro: Shadows Die Twice to be few, this was certainly one. Just let me climb to the very top of every building and stare at your beautiful landscapes!

However, the Prosthetic Arm, and all the various Prosthetic Tools, proved to be fascinating and entertaining additions to the combat of Sekiro. From the fast-paced combo machine Sabimaru to the you-can-parry-anything-now Loaded Umbrella, each Prosthetic Tool has its use, and none of them feel pointless. I genuinely appreciate when each weapon/tool in a game seems to have a home, or a specific avenue for use, and the Prosthetic Tools in Sekiro: Shadows Die Twice never let me down. Learning to master them, and your combat abilities, with Hanbei the Undying at the Dilapidated Temple was another fantastic touch to the game as a whole. 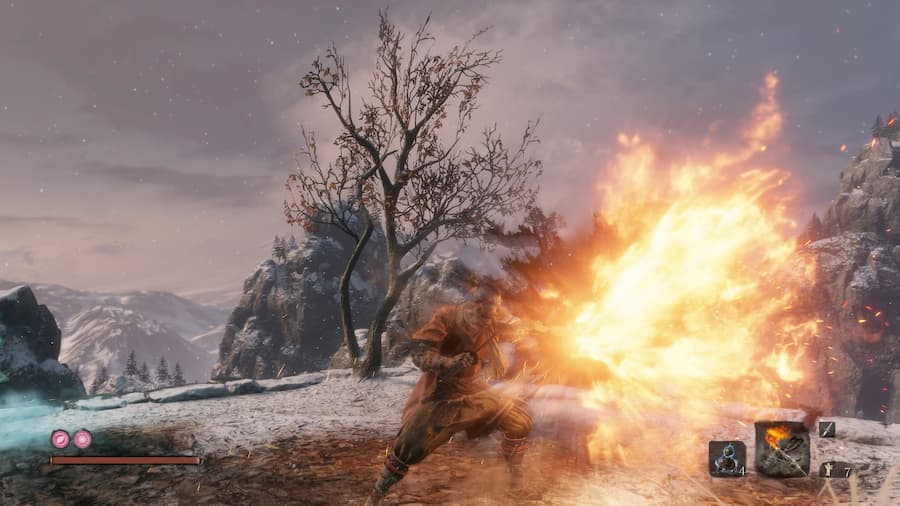 At first, I was a bit sceptical of the bosses in Sekiro. There weren’t many in the first half of the game that felt like a trademark FromSoftware boss, but then I started to enjoy that feeling. Littering the game with plenty of mini-bosses and a handful of actual bosses made each area and each new path more challenging and rewarding. Some fights felt a bit strange, especially when I ended up just abusing my infinite stamina to conquer them. But the series of fights towards the end of the game brought with it one of the most brutal, tense, exciting, and riveting endings in recent memory.

For its bosses alone, Sekiro: Shadows Die Twice earns my praise. The Guardian Ape might be my new favourite boss fight. It’s such a brilliantly designed battle that keeps you on your toes the whole time. Each victory in Sekiro is earned through trial and error, and each new accomplishment is a story in and of itself.

There were a few times towards the end of Sekiro: Shadows Die Twice, though, where I genuinely thought I wouldn’t be able to progress any further. I run my head into the same wall over and over – but I never felt like I was being cheated. But again, I like the challenge and the struggle. Not everyone feels the same way, however, and it’s a shame that those people aren’t able to enjoy everything that Sekiro is. Because everything that Sekiro is, is masterful.

I had high expectations, but Sekiro: Shadows Die Twice lived up to them. In fact, in some ways it exceeded them. It’s not a perfect game, but it comes very close. FromSoftware, via Demon’s Souls, Dark Souls, Tenchu, and Bloodborne, has built this beautiful, mystifying, work of art. A work of art that demands your patience, persistent and the application of all of your skill to fully understand and enjoy it. But it really is worth the effort. Sekiro: Shadows Die Twice is yet another FromSoftware classic.

Sekiro: Shadows Die Twice is available on PS4, Xbox One and PC. We reviewed the PS4 version.