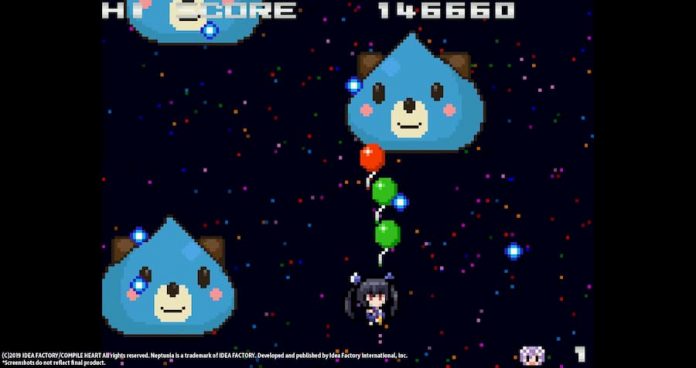 This Neptunia-themed shoot ‘em up is headed to Steam later this year.

An 8-bit shmup titled Neptunia Shooter is set to release on PC via Steam later this year. The game is set in a mysterious space dimension based in the Neptunia universe.

Players will begin the game as Neptune in an unworldly 8-bit dimension ravaged by creatures that shoot endless waves of bullets. You’ll have to shoot, dodge and defeat the difficult bosses in six unique worlds.

After finishing off each boss they will join you in your mission allowing you to switch between characters and utilise their unique shooting abilities.

Neptunia Shooter will also feature Steam online leaderboards so you can challenge your friends and see who can get the highest score in each level.

Look out for more news related to Neptunia Shooter as it gets closer to release.