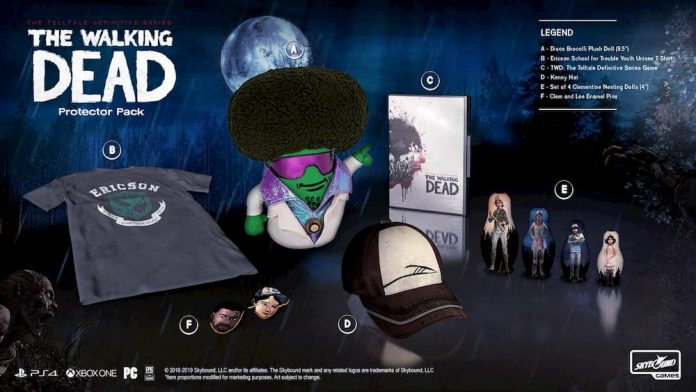 With the release of the last episode of The Final Season last month, Telltale’s acclaimed The Walking Dead series has drawn to a close.

But for fans, that not exactly the end for Clementine and co. Announced today by publisher Skybound, a brand new physical Definitive Series, containing all four seasons of The Walking Dead along with the 400 Days DLC and Michonne spin-off miniseries, is now available for preorder. Along with the game, there are three different “Collector Packs” available, each coming with a multitude of goodies that any fan of the series will want to get their mitts on.

The packs available are as follows:

The Protector Pack and Guardian Pack are available to pre-order right now from the Skybound website, due for release in September. However, according to the website it seems the limited Signature Pack is already sold out – we’re not entirely surprised, given there were only 100 available.

For fans of Telltale’s The Walking Dead, the collector packs are a great way to get your hands on some official merch. And we just love that statue of Lee and Clementine. Oh Lee. How we miss you.

You can see the collector’s editions in all their glory in the announcement video below.