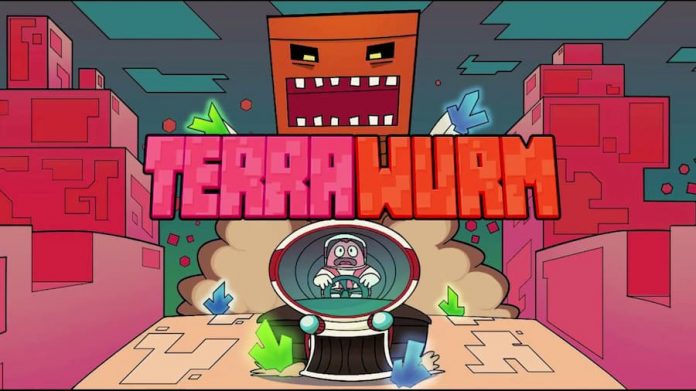 That’s pretty much all Terrawurm’s steam store page and in-game text needs to say. Though the game waffles on about space colonisation, none of that is strictly necessary. Terrawurm’s fun because, after years of playing snake across multiple formats, gamers have finally been given the chance to be on the receiving end of a ravenous, slithering monstrosity. And it’s rather terrifying. 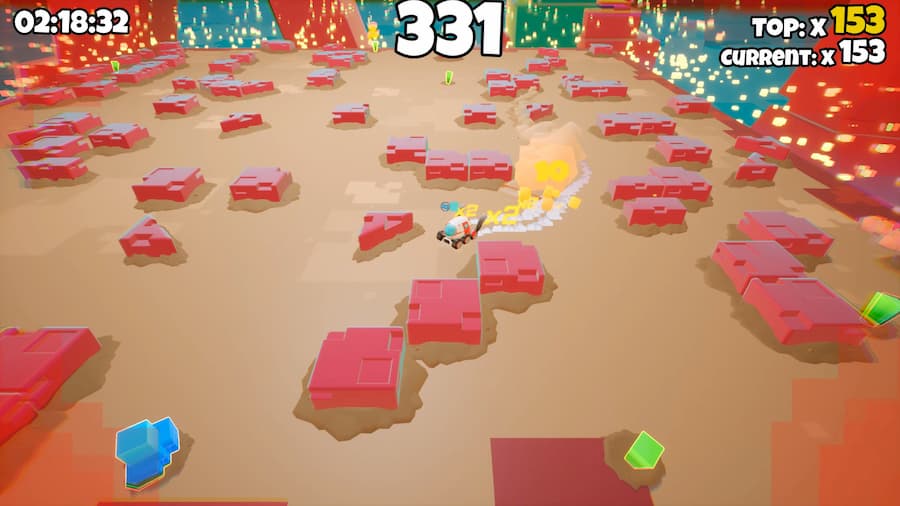 Terrawurm only sports one single level, but it’s so addictive that it’s easy to pump hours into it, pushing yourself to beat your previous high score. You guide your space buggy around the chunky, brightly coloured level in search of gems, pursued by the equally chunky Terrawurm; let it get close enough and it’s game over as this subterranean monster devours you.

Think the graboids from Tremors or the Space Worms from Dune and you’ve got the general idea.

The snag is that while your buggy is fast enough to keep ahead of your pursuer, the longer you play, the more obstacles appear in your path. Just turning to take a corner can cost you valuable seconds, enough time for the Terrawurm to start nipping at your heels. Unlockable power-ups will help you evade your terrible fate, but they themselves present a risk: do you change course, knowing it’ll give the Terrawurm more of a chance to grab your buggy? 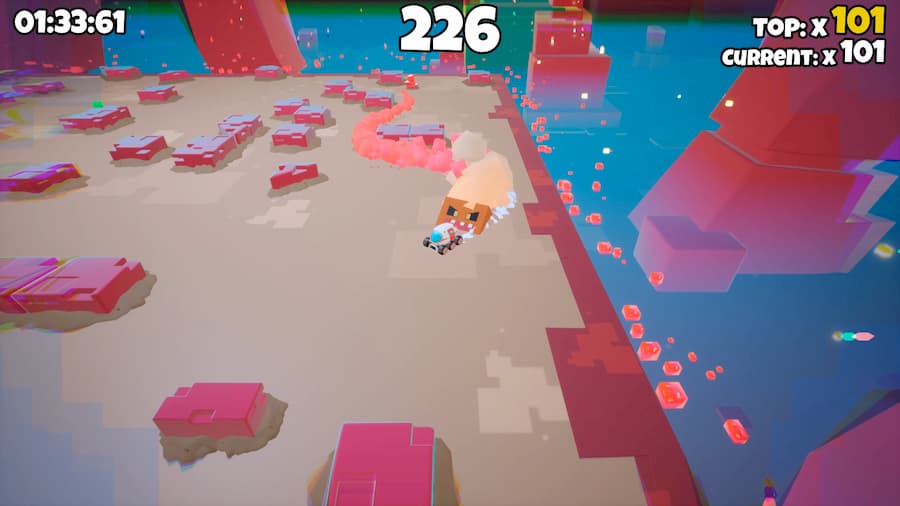 It’s not compulsory that you use a controller to play, but having the pad vibrate as the Terrawurm closes in only adds to the tension. This isn’t a game that you’ll spend hours at a time playing, but I had a hell of a lot of fun with it and can seem myself dipping back into it regularly. Pure, simple, arcade fun, Terrawurm is well worth taking a bite.

Terrawurm is available now on Steam for £6/$7. 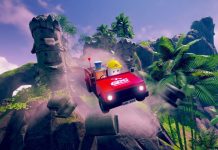 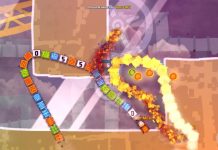 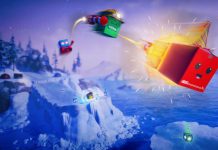 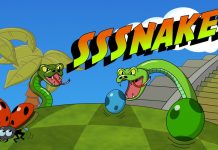 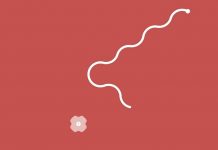