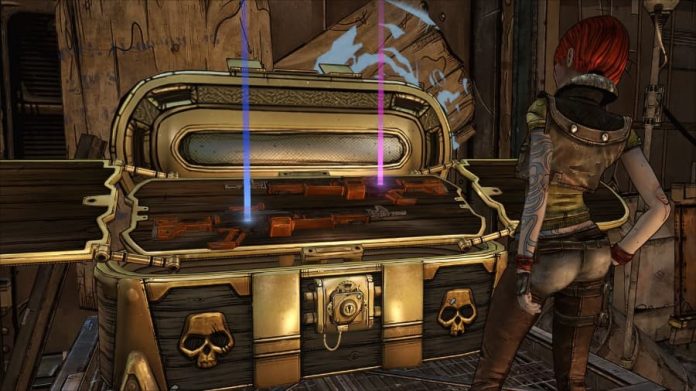 Let us know what you’ve been playing this week by tweeting us @game_spew. Have a great weekend!

Rich: All I’ve wanted to do this week is play Borderlands: Game of the Year Edition. It’s simply brilliant. And indeed, I’ve spent plenty of time with it. More games have demanded my attention, though, including the somewhat fun but ultimately disappointing Dangerous Driving, and the wildly entertaining Earth Defense Force: Iron Rain. Honestly, if you’ve ever been interested in jumping into the Earth Defense Force series, Iron Rain makes a great entry point.

I’ve been doing some Switch gaming this week, too. Mechstermination Force is a great game if you just want to take down gargantuan robotic bosses, while Hob: Definitive Edition seems to be an enchanting adventure. Look out for a review for that very soon. This weekend though, more Borderlands: Game of the Year Edition is going to happen. And I’ll also be revisiting a classic RPG…

Kim: My time has been spread evenly between the brilliant Borderlands: Game of the Year Edition and the zany Zanki Zero: Last Beginning. The former has long been one of my favourite games, and the remaster has done a fantastic job of bringing it back to the current day. No doubt many more hours will be lost this weekend playing it, too. Loot, give me that loot!

I’m having a lot of fun with Zanki Zero, too. It’s a dungeon crawler, but feels like part visual novel, with a deep, intriguing – and utterly insane – storyline about clones, rebirth and who-knows-what else. But it’s got its claws in me, and I can’t wait to see what lies in store next for my protagonists.

I’ve also – of course – been popping into Tetris 99 when I have a spare minute or two. And after playing Tetris Effect earlier this week, I discovered it’s ruined any other Tetris game for me. Damn. 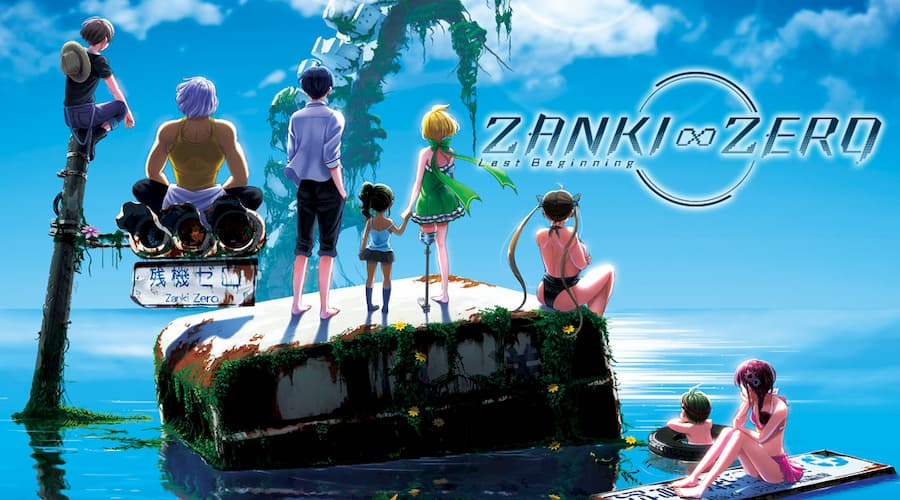 Becca: This week I’ve been playing through Danganronpa 2. The setting for this one is on a desert island so it’s a huge difference from the first one, which was inside of a large school. I do like the characters from the first game better, but I’m getting used to these quirky kids this time around too.

I also played the short, relaxing game Feather where you control a bird flying around a mountainous landscape. The soundtrack is just lovely. I’ll definitely be picking it up again just to listen to the songs.

I also picked up Overwatch again for a little bit this week. I’ve been playing my placement games in competitive even though I always place much lower than I feel I deserve. Possibly because I’m always forced to play healer. I’m looking forward to the new event, Storm Rising, but the skins that have been revealed for it so far have been a little underwhelming. Clown Junkrat is actual nightmare fuel so here’s hoping more exciting reveals are coming soon.

Chris: I’ve had a lot of fun evading an underground nightmare in Terrawurm, but most of my gaming time this week has been taken up by with the cheap but genuine SNES Mini I got from a second hand store. I suspect it was a misprice but given that the store was selling knock-off NES minis next to it, I don’t feel too guilty.

My console of choice was the Megadrive so I’ve been mucking about with all the games I’ve missed out on, such as Super Castlevania and Super Metroid, which have both proven to be hugely entertaining. I’ve also gone and pre-ordered a Megadrive Mini, which is released in September, though I’m going to hold off on opening it till the reviews come in. If it’s as flawed as the previous Sega Mini consoles, even though ATGames are supposedly no longer involved, it’s going straight back to Amazon.

Stan: I finally qualified for the Champions League in Football Manager 2019 on the Switch! It’s only taken me 10 seasons, but I won the Europa League and qualified – despite finishing sixth in the League. My best player also got an offer from Real Madrid, with me having to accept it as they met the minimum transfer fee, but he still turned down their offer! Everyone loves Pompey – much more than Raymond FC.

I’ve also been continuing my odyssey in Assassin’s Creed Odyssey. I think it may well be my favourite Assassin’s Creed ever. I’ve played for hours without even completing a mission, but just running around and completing all fort objectives. The combat system is just so addictive, and I honestly think I could play it for a whole other year without being bored of it. Hook me up to the Animus!

Matt: This week I have been committing most of my game time to Anthem. I’ve finally started to craft a high level Javelin and I’m enjoying the harder difficulty end game content. I’m hopeful and curious about the future of the game, and look forward to more content. Other than that, I’ve been tiptoeing around Sekiro, polishing up my skill tree and getting ready for my second playthrough.

Jack: The Division 2 this week was a tad overwhelming; there’s still so much to do. I’m now at a stage of min/maxing my gear as much as I can for my build. Using healing skills limits me somewhat to get as much skill power as I can. There’s a great deal of control with mods included, but for healing there’s not much feedback from the game with regards to how much better your skills are getting. Massive Entertainment nerfing the mods turned my chem launcher from a massive healing circle back to a little one which is frustrating when healing players constantly on the move. I’d love it if hitting a player directly with the Chem Launcher meant the healing circle was attached to the player rather than the floor.

I’ve also been making and selling weed this week in Weedcraft Inc. There are still some mechanics for it to introduce me to, but so far it seems to be a sim game that doesn’t get too overwhelming. At one stage I was dangerously close to going into the red, but a quick look at the budget screen showed that some firing of employees was necessary. Now I’m back to making the green from the green. Look out for a review from me next week.