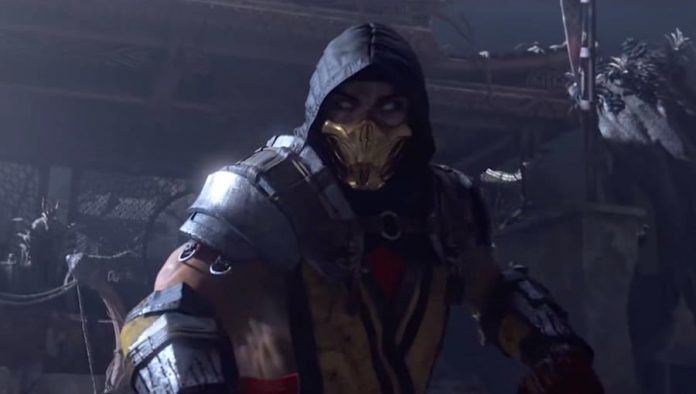 Full of chests and secrets, lots of time can be spent exploring Mortal Kombat 11‘s Krypt.

Initially only a small part of it is available. As you solve puzzles and find new items, however, the area you can explore expands, until it’s eventually like a labyrinth. If you want to spend less time wandering around the Krypt of Mortal Kombat 11 aimlessly, help is at hand though. While there are still some area of the Krypt we’re yet to explore, here are some tips  that will make your time spent in the Krypt more fruitful.

Pretty much as soon as you start exploring the Krypt you obtain a giant hammer which can be used to break down weak walls. You can also use it to hit any gongs you come across though, and doing so usually opens us a door somewhere. Sp, look out for gongs and give them a whack whenever you can.

Don’t bother with the Forge until you know some recipes

You’ll probably discover the Forge quite quickly when exploring the Krypt. It allows you to combine three materials to create new items, but unless you know some recipes don’t bother using it just yet. If forging fails, you’ll lose your materials along with the Koins and Hearts it costs to start the process, you see? Save the Forge until your time spent with it can be really fruitful.

Be generous to the shrine

You’ll find a grotesque statue of a demon on your travels, which will ask you to make a donation of Koins. If you’ve got some to spare, do it. You’ll obtain some useful items by donating such as Kronika’s Amulet.

At some point, you’ll enter an area where there are statues of many Mortal Kombat characters. And unfortunately, Raiden’s statue is right in the firing line of a giant smouldering rock. Give the rock a good hit with your hammer for a reward, and then restore the statue of Raiden by using Kronika’s Amulet if you have it. You’ll be rewarded with the Thunder God’s Shattered Staff.

Keep finding chests that have what looks like Shao Kahn’s head on top of them? Whack the head with your hammer and then you’ll see you can open them if you have plenty of hearts available. If not, try to get some more.

By obtaining Motaro’s horn by exploring the main area, you’ll be able to open a large door that allows you to take a lift down to Goro’s Lair. By exploring the east side of Goro’s Lair (you can view a map by pressing start) you’ll eventually come across a jail, and there you can find Kenshi’s Headband. Using Kenshi’s Headband drains your Soul Fragments, but it enables you to see hidden breakable walls and chests. Whenever you see a space that’s perfect for a chest or find yourself stuck in an area, activate the headband to see if there’s anything there.

Many of the chests you open while exploring the krypt in Mortal Kombat 11 will give you Konsumables that can be used. Take a look at what you’ve got every once in awhile by pressing the left trigger. There’s a ring you can find, for example, that temporarily increases the rewards you get for smashing object like pots. You may as well use them to your advantage.

When you’re in Goro’s Lair, there’s a lift in the southern part of it that will take you to a new area that’s pretty small. In the Lower Pitt you’ll be able to obtain Ermac’s Amulet, which will enable you to lift and restore elements of the environment, as well as interact with the statues and hanging object that emanate a green glow. Doing so requires Soul Fragments though. With Ermac’s Amulet in your possession, you’ll be able to repair the raised walkway on the main map, though it’ll cost you a hefty 2,000 Soul Fragments. Oh dear…

Keep an eye out for sparkling objects

As you explore all areas of the Krypt in Mortal Kombat 11, keep an eye out for sparkly objects. They’re things you can interact with, you see? Ranging from levers to chains, they usually open up new areas or allow you to interact with puzzle elements.

Obtain the Spear of Hanzo Hasashi

When entering Goro’s Lair you’ll eventually come across Goro’s Throne. Just to the right of it you’ll find a path that leads to The Armory, and there you can pick up the Spear of Hanzo Hasashi. Using the Spear you can interact with some far away object that act as switches, and also pull some items towards you. Use the Spear on the corpses that are hanging around and you can obtain a steady of supply of Hearts, too.

How to lower the bridge in the cavern

If you’ve found a cavern on your travels that has a raised bridge that blocks your progress, return to it when you have the Spear of Hanzo Hasashi. With the spear you’ll be able to destroy the bridge’s counterweights, causing it to lower.

How to unlock skins

How to show mercy

Tips for conquering the Krypt

How to get more Soul Fragments

How to get more hearts

Everything you need to know about Time Krystals

How to unlock Frost

How to unlock Shao Kahn