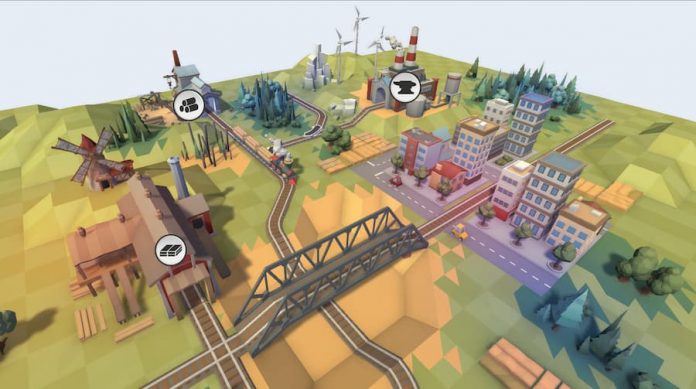 The closest I ever got was a basic wooden version from the Early Learning Centre but, for many people, the model train set was an integral part of childhood.

Train Valley 2 taps into that spirit, offering a minutely detailed world that can be adapted and controlled, a miniature universe that you must shepherd to success. While the game offers an increasingly difficult challenge, the charming music and low-poly visuals means it never loses its endearing sense of childish innocence.

Produced by a three-man band of Lithuanian developers called Flazm, Train Valley 2 is a cross between a puzzle game and a simplified tycoon sim. Each level will present you with production sites that need linking, so that the required final resources can be produced. These are generally linked, so before you can make wooden boards, for example, you’ll need to send workers to the wood plant. From there, wood needs be produced before being sent to the wooden boards production plant (which will also need workers).

Mechanically, this is a simple process; icons above each plant clearly show what needs to go where, and you can easily build track by dragging your mouse. But you’ll need to balance running trains efficiently to minimise dead time where nothing is being produced and ensuring that you trains don’t crash into each other. You’ll also generally have tracks crossing over each other, so hitting the junction switch to ensure the train goes to the right place is another vital element. Finally, you’ll have to manage your cash. You’ll get money from each train that arrives at a plant but building track, upgrading your engine to carry more cargo and, in later levels, building bridges and tunnels all need to be funded from your finite resources. 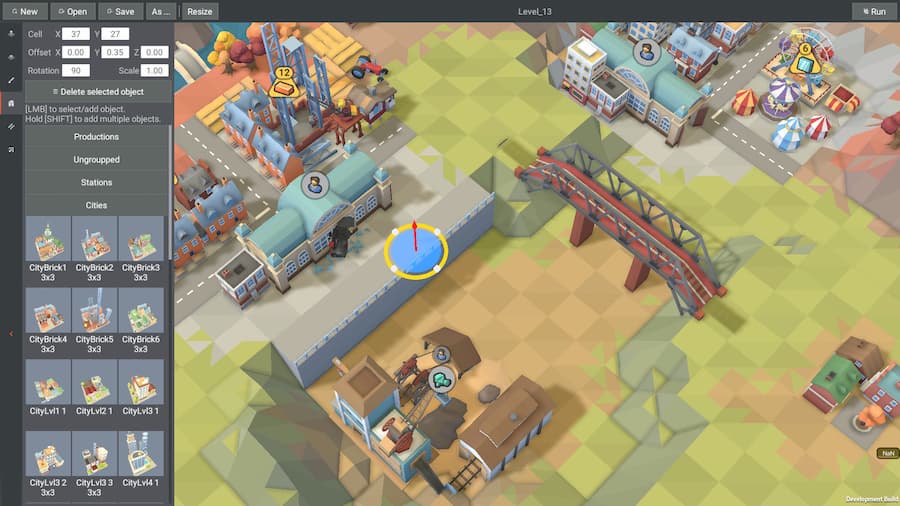 Thankfully, while you’re always on the clock, you can pause time whenever you want. That means you can carefully plan for everything, making Train Valley 2 a surprisingly relaxing tycoon sim. It’s cleverly designed, meaning that you’ll never be confused about what the game requires you to do as it gradually introduces new features as you progress. In total, Train Valley 2 comprises 50 levels that take you from the steam age to the space age and give a subtle history lesson in technological progress.

Played from an isometric viewpoint, the scene you gaze down on in Train Valley 2 is full of delightful detail. The way that a factory blows puffs of smoke into the air, or tiny machines move wood back and forth, taps into some infantile part of the brain that sees this scene as a living world instead of a bunch of icons and numbers. If you wish, you can even zoom in for a closer look and pan around to see the consequences of your management prowess. Consequently, there’s a real sense of satisfaction when you pull it off, with an extra level of challenge given by optional goals like completing the level in a set time or ensuring that no train goes to the wrong place. 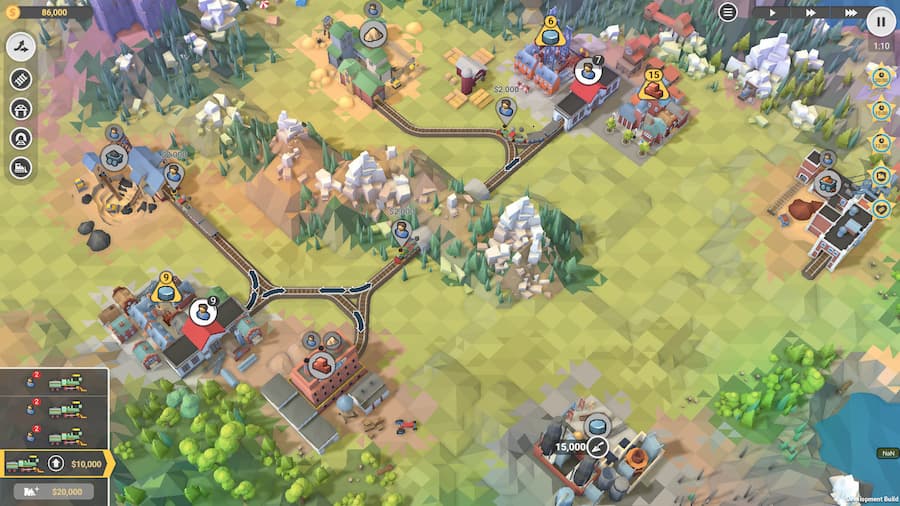 Train Valley 2 is generally a charming mental workout, but there are a few bumps on this smooth ride. Most significantly, building track can sometimes feel unnecessarily fiddly and there’s a bit of trial and error involved in working out where you can actually build, especially when it comes to slopes. Occasionally, icons can get in the way of junction switches, meaning that you might send a train of workers instead of hitting the switch you meant to hit. None of these issues come close to breaking the game, but they can get irritating.

Slight niggles aside, Train Valley 2 is very easy to recommend to anyone wanting a laid-back management simulator. It’s a beautifully executed hybrid of puzzle game and tycoon sim that charms and challenges in equal measure.

Train Valley 2 is available on PC. 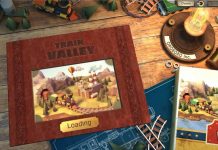