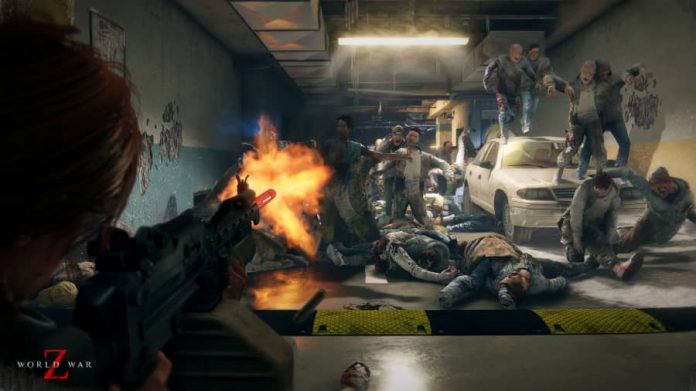 If you’re not fed up of shooting hordes of zombies yet, World War Z is well worth checking out.

You don’t need to have read the book or watched the film to enjoy it. It doesn’t have an in-depth story that links to them in any meaningful way. All you need is an itchy trigger finger and the ability to keep your wits about you. As a level based, co-op focused shooter, World War Z is all about providing short bursts of adrenaline pumping action. And it does so quite admirably.

It’s hard to not compare World War Z to Left 4 Dead. They share many similarities, after all. They both have a number of episodes, each split into a few levels that you can tackle at will. They both have you fighting the undead, including some special variants, as you move from point A to point B. And they both allow up to four players to work as a team. But World War Z tries to stand on its own two feet by introducing some new features.

One of those features is zombie mountains. At pivotal moments in World War Z‘s levels, you’ll be swarmed by more zombies than you can count. Facing them head-on would be foolish, so you often get time to set up defences, which basically means placing auto-turrets, mounted machine guns and electrical charges. That, combined with the fact that you’re usually on higher ground or behind some barricade, should mean that you’re relatively safe. Or at least it would in most games of its ilk. But not here. 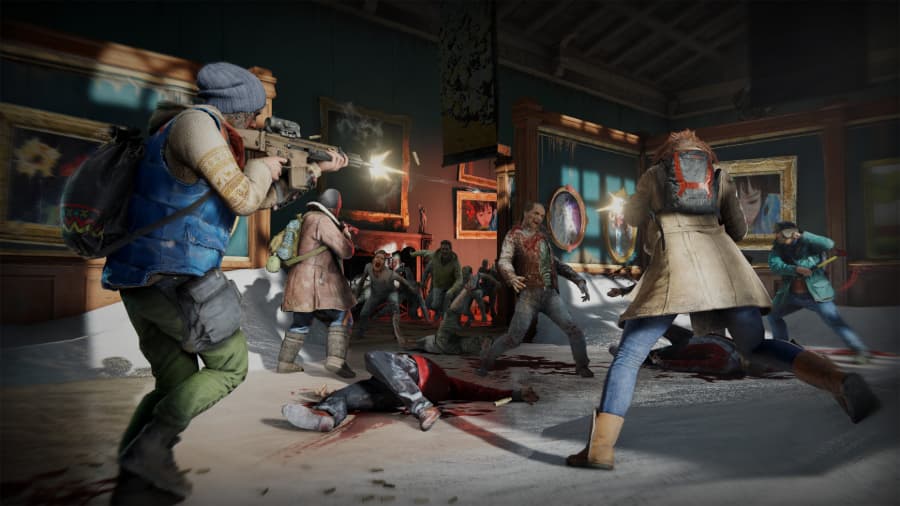 In World War Z, zombies climb upon each other, eager to get a taste of your sweet, sweet flesh. Fail to shoot the mountain of zombies that form and they’ll quickly overrun you, making your life hell. So, success in World War Z heavily relies on your ability to identify where zombies might form these structures, and nip them in the bud when they do. Needless to say, it isn’t always easy, especially on World War Z‘s harder difficulty levels.

Another way that World War Z differentiates itself from Left 4 Dead is with the inclusion of classes. There are six classes to choose from, though initially they do little more than determine your starting loadout. As you play with them and level up, however, you unlock a range of unique perks that further define your role in the team. For example, if you’re playing as a Hellraiser with some experience under your belt, you’ll be unrivalled with a shotgun, and will also be able to withstand explosions. 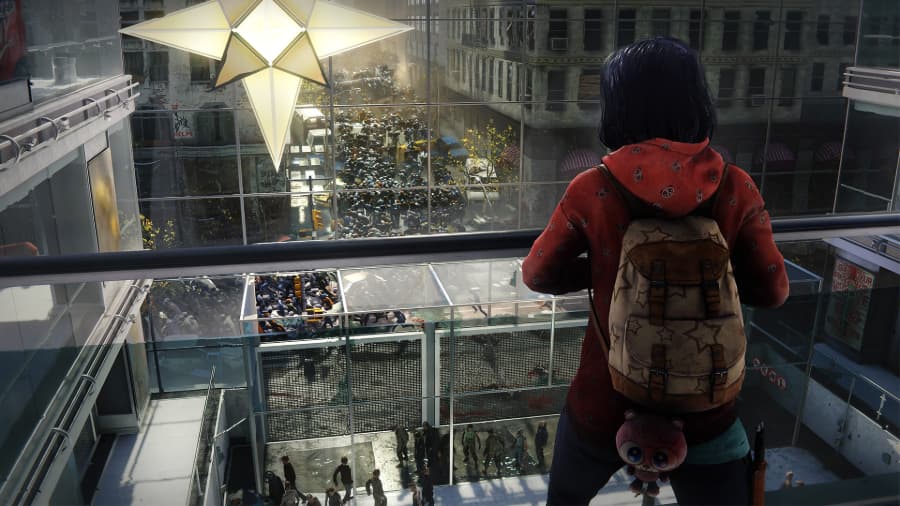 There are even weapon upgrades for you to manage. World War Z has a lot of weapons on offer that are split into three tiers, and by using them you’ll increase your proficiency. Level up your proficiency with any particular weapon and then you’ll be able to upgrade it with some of the coin you earn by playing the game. It’s a bit of a grind, but it adds to the feeling of progression. Trying to tackle harder difficulties without upgraded guns and many class perks is pretty much suicide.

So far so good then. Along with the fact that each of its four episodes offers distinctly different scenery and challenges for you to overcome, it’s clear that World War Z has a lot to offer. It’s just a real shame that it’s missing some key online features.

Unfathomably, you can’t create a private lobby. If you want to play with three friends it’s not an issue – you have a full team. If you and one other friend want to play though, the game will match you up with two other players. And World War Z‘s matchmaking system creates another issue, too; it often throws you into levels while they’re already in progress. If you’re unlucky, you might get thrown into a level just as it’s reaching its end. And then the same might happen the next time you play, too. For an online focused game, it seems like a strange oversight. 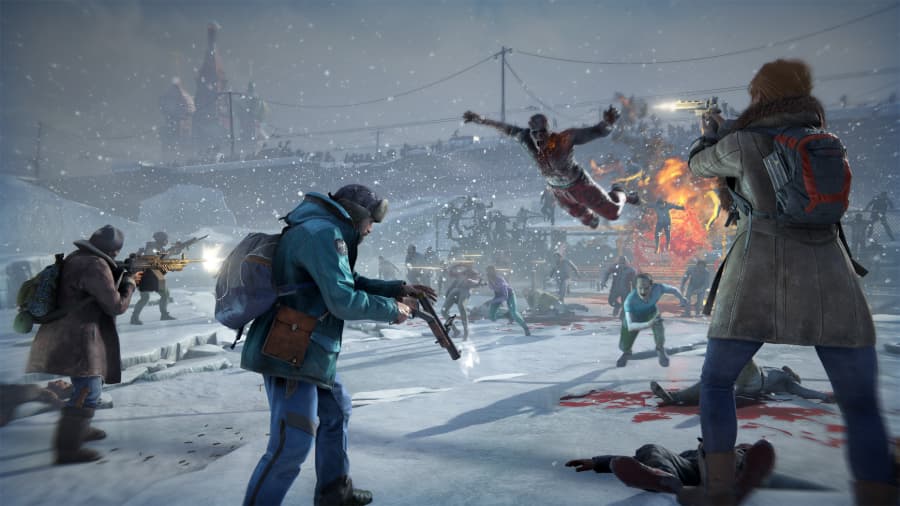 I’ve no doubt that private lobbies will be added via a patch at some point, and that matchmaking issues will be addressed. Though by then, the game’s player base will have undoubtedly dropped. Some players will only be able to stand shooting the same zombies on the same levels for a certain amount of time. But I have to say, I’ve been pleasantly surprised by World War Z‘s single player option. You can progress just as though you’re playing online, and the difficulty is pitched just perfectly for playing alone.

It’s actually surprising just how good World War Z is. Before launch it looked like a derivative affair that would offer a small amount of fun and then be forgotten. And while it is derivative to a degree, it stands on its own two feet very well. It could also have legs if its developer, Saber Interactive, clears up its issues and delivers quality post-launch content. Even without additional content though, there’s enough to World War Z to make it worth your time. And where else can you tackle zombie mountains? Nowhere. That’s where.

World War Z is available on PS4, Xbox One and PC. We reviewed the Xbox One version.