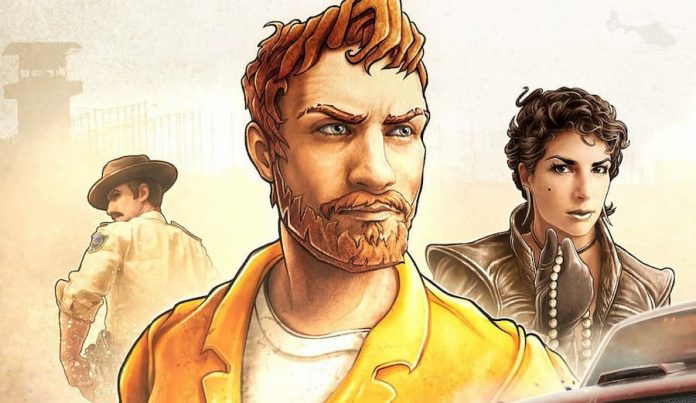 For the most part, it’s a solid experience. American Fugitive casts you as Will Riley, a man framed for the murder of his own father. Wrongly imprisoned, he escapes from jail, hellbent on seeking revenge on the people responsible for his father’s death. Thus ensues a chaotic affair that’ll see you hijacking cars, breaking into people’s houses, murdering policemen (most likely) and robbing stores at gunpoint. Ah, good wholesome family fun all round.

Considering American Fugitive is set in what looks like a fairly backwater American town, it sure has a lot of police units milling around. You’re never far from the blue flashing lights and, considering you’re an escaped convict and all that, the cops are constantly all-too happy to take you down for the smallest sin.

Accidentally scrape against someone’s car while you’re driving? The police will be tailing you within seconds. Find yourself inside the borders of someone’s badly-marked property? Dawdle too long and the cops will have you.

They’re eager alright, but escaping them rarely poses much of an issue. If you’re in a vehicle, they’ll relentlessly chase you down, and it’s quite hard to lose them on the roads. Often, they’ll follow you off-road too, and the game’s thick greenery means you’ll likely end up getting yourself tangled up in a tree. 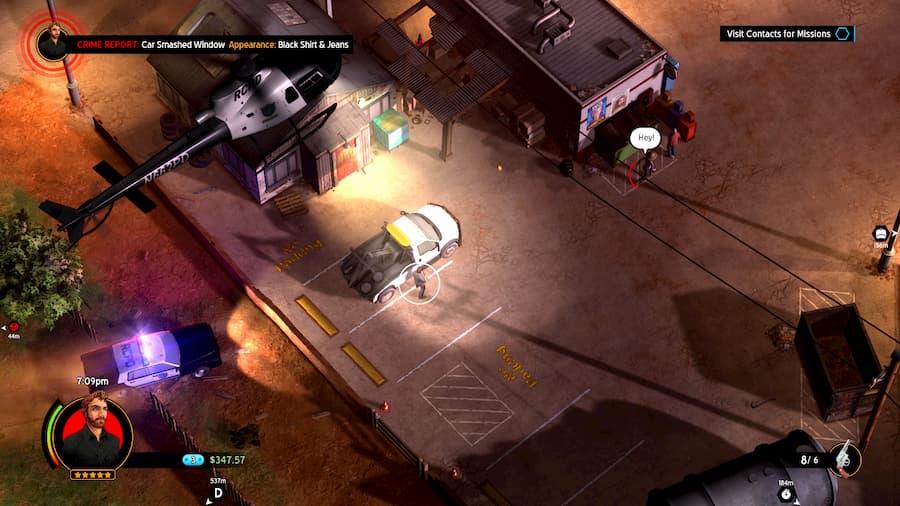 But get out of your car and start running – or even casually walking – away, and more often than not, you’ll lose the pursuing officers in a matter of seconds.

Playing the game last night, I’d broken into someone’s house, threatened them, tied them up, and stole their valuables. Yeah, I’m a badass. Naturally, the police were alerted, and as I was escaping, a cop car gave chase. We had a good 20-second high-speed run, before another police car cut me up at a junction, and we both ended up crashing in a lay-by. At this point, I got out of my car and started making a run for it.

An icon on the screen let me know that a policeman had followed suit by getting out of his vehicle. But he wasn’t getting any closer. Huh. I’d turned a corner, but I was little more than 50 metres from him. Cautiously, I turned around, walking back down the road towards the cop. He was still stood near his car; even though my HUD showed I was still under wanted status, he made no attempt to chase me. In fact, he started moving towards me, but instead of turning up the road I was on – and I was clearly in his eyeline – he walked past the turning, and carried on walking, away from his car.

My wanted status dissipated after a few seconds, so I made off with the cop’s unlocked police car. 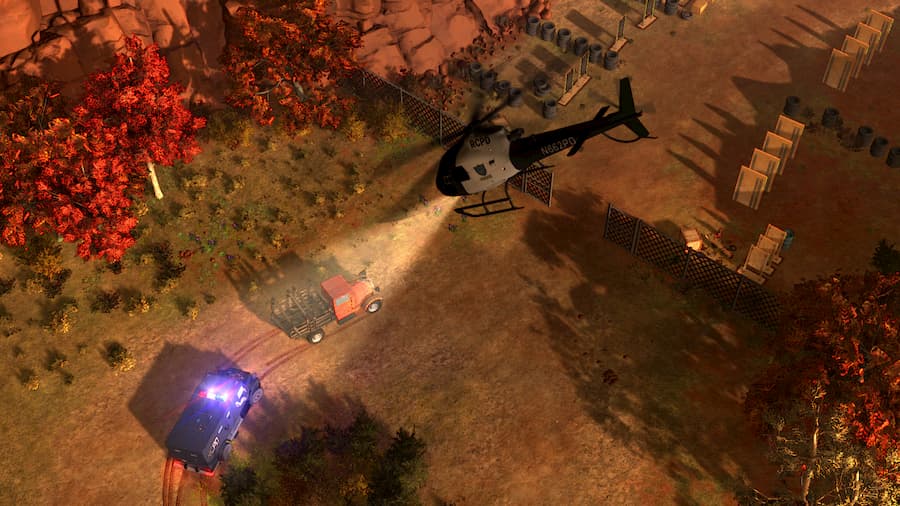 So, the police in American Fugitive aren’t the smartest NPCs. And while it helpfully makes the game a little easier, escaping from a sticky situation so effortlessly at times does damage the game’s sense of immersion. Their behaviour is unpredictable and inconsistent too. A minor car scrape with a random vehicle means the police are instantly notified and a police car is on my tail. But I’ve had a full-on crash with a police car itself with no consequences. I’ve also been involved in a police shootout where no backup was called, and I easily walked away. But one instance last night saw me crossing a restricted boundary – that’s right, simply walking past a barrier that I shouldn’t have – and within ten seconds, I had helicopters and SWAT after me.

This was about five hours into the game, and up until that point, I wasn’t sure police chases ever got that intense. The reason why I suddenly became America’s Most Wanted may have been bizarre, but being chased by the full force of American Fugitive‘s police was a hell of a lot of fun. It may have ended up with me drowning to death, but it was exhilarating while it lasted. 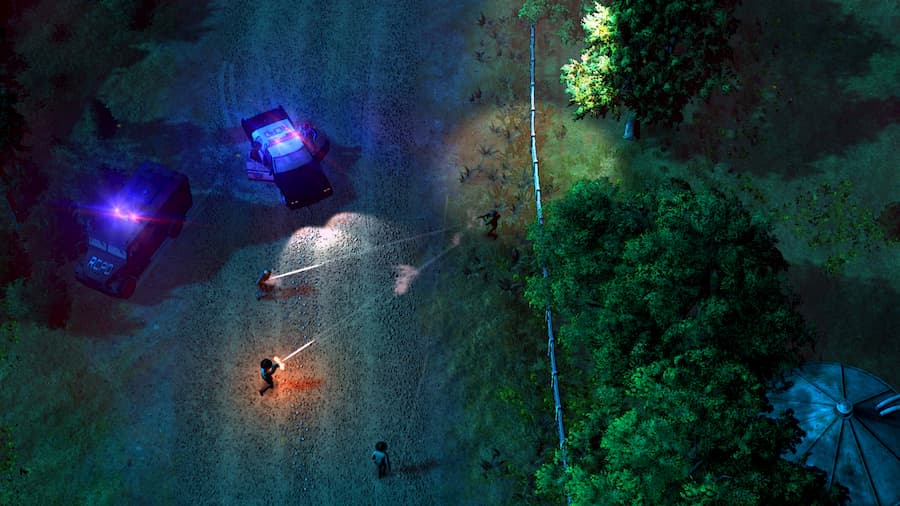 I started out in a car, but with literally every cop car in the game on me, it was impossible to escape. On foot, my usual tactic of “walk off a few metres and wait for them to stop looking” didn’t work either; a few seconds later, a helicopter had its search light on me. I was foiled hiding in the bushes by heavily-armoured SWAT dudes firing their shotguns at me. Running on foot gave me enough distance to avoid damage, but there was no way I could lose the chase with the helicopter’s beam of light following me.

In the end, I opted to jump in the nearest body of water and hope I could swim across to the opposite shore. My plan almost worked – at the shoreline, the cops refused to follow me in, so I thought I’d finally make a break for it. Unfortunately not: you have a finite amount of energy for swimming, and mine depleted before reaching the other side. Damn.

Let that be a lesson to you. American Fugitive‘s highest level police chases are exhilarating, alright, but don’t get so cocky that you think you can simply swim away.