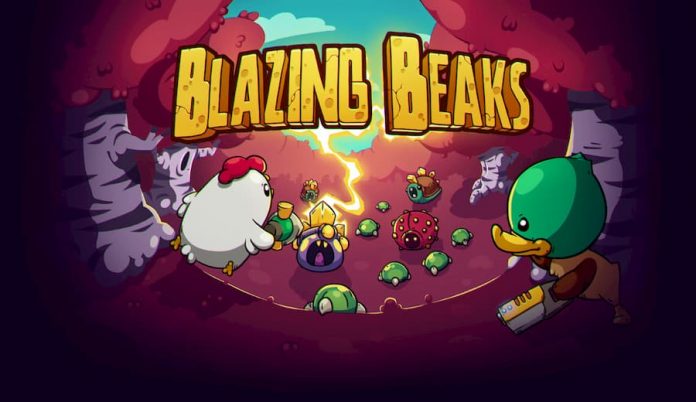 What’s a bird’s favourite fantasy movie? Lord of the Wings.

I’m not sorry about that. Birds are a lovely species. For the most part, they live their lives in the sky soaring above us all and judging us with those black, soulless eyes. They do their own thing and leave us alone, except for when we imprison them and keep them as our own. Give those birds some guns and you’re well on your way finding out what Blazing Beaks is all about.

Blazing Beaks is a roguelike multiplayer game from Applava and published by QubicGames. In the game you play as a variety of different birds, all equipped with badass weaponry. You’re tasked with defeating room after room of enemies, much in the style of Binding of Isaac. Each room is completely randomly generated so you never know what to expect. After a few levels, you’ll have the opportunity to take on the boss and test the skills that you’ve honed against the easier enemies.

The game starts with five playable characters, all with their own unique abilities. The chicken, for example, has a long range gun that can hit enemies from far away, and the duck has the most health out of everyone. Players will likely appreciate trying out all of the different characters so they can pick what they like the best. Do you like hiding in the corner and shooting things from a distance, or getting up close and personal? 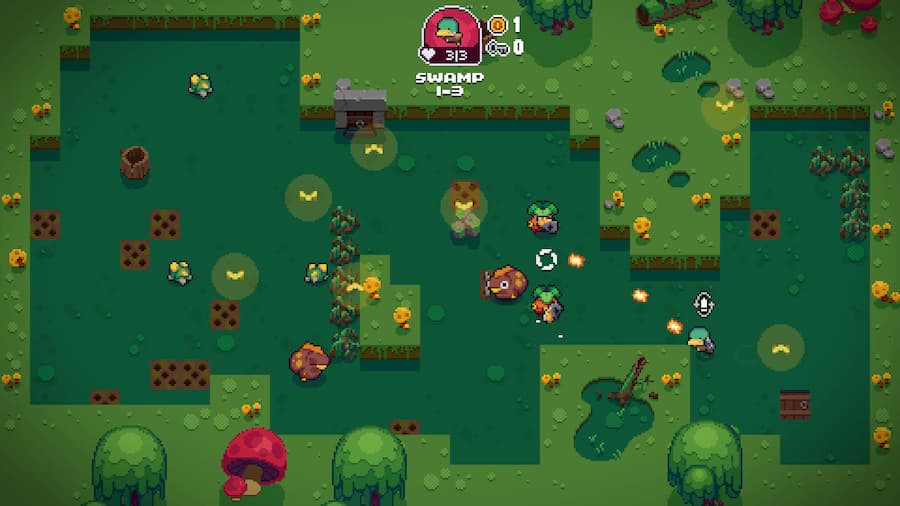 One of the biggest catches in Blazing Beaks are the artefacts that you can pick up in each level. The artefacts can be sold for a lot of coin at the store, but when you pick them up they give you different kinds of debuffs. These debuffs go away as soon as you sell the artefact, but sometimes it isn’t even worth to pick them up. You’ll likely always be a hit or two away from death, so one bad artefact could mean the difference between finishing the next level and starting over from the very beginning.

Your characters’ low health is one of the biggest downsides of the game, and you don’t get to keep any of the upgrades that you purchase during your run. This adds a lot of replayability to Blazing Beaks (potentially), but can also make it so that you rage quit so fast your feathers light fire. Then you’d really be a firequacker.

Okay, I am sorry about that one. 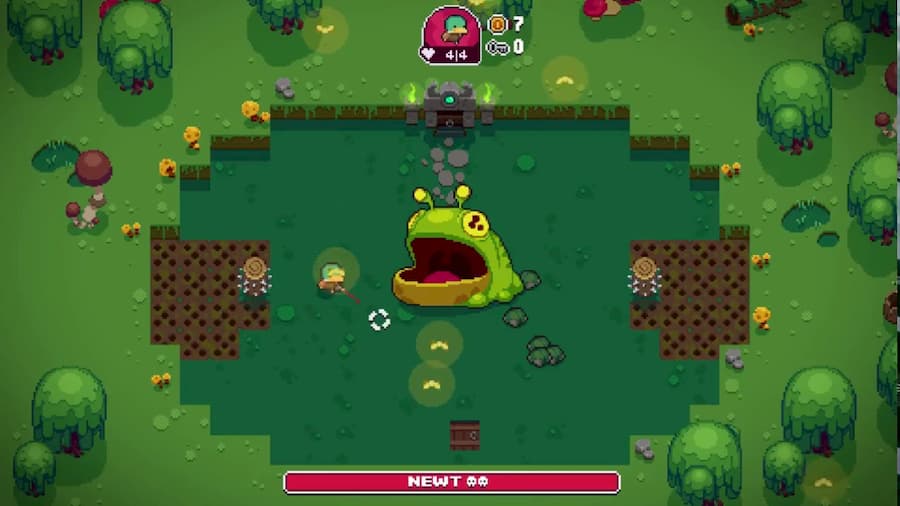 There are two different game modes to Blazing Beaks: story and tournament. Story mode can be played solo or with another player in co-op. this is the “main” mode of the game where you’ll take on level after level of enemies and bosses, trying to see how far you can go. Tournament mode lets you compete with friends in multiple different modes, like Deathmatch where you compete to be the last bird standing, or Drop Hearts mode where you drop hearts every time you’re hurt and the other players can pick them up.

Blazing Beaks shines in couch co-op when you have another friend along for the ride, but it can be a bit frustrating to play by yourself. There’s nothing really motivating you to continue after 20, 30, 40 deaths unless you’ve got a friend pushing you through it. The colourful world and different options for characters give players a lot of ways to make the game their own. I’ll probably take a pass on more solo play, but I’ll definitely be coming back to Blazing Beaks with friends and challenging them to get further then I did in my single player runs.

Blazing Beaks is available on PC and Nintendo Switch.