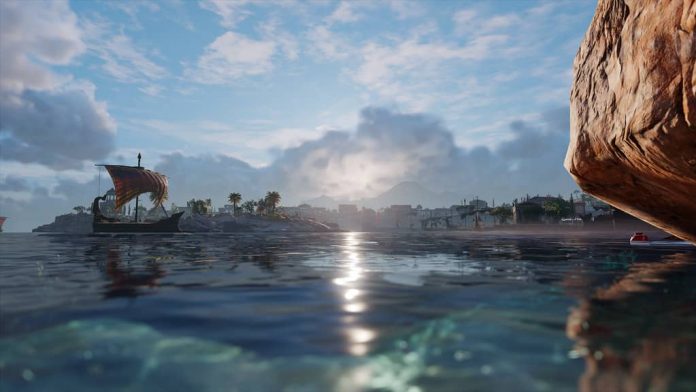 Think about the games that have left the strongest impression on you and you can probably remember, with some vividity, the feelings that accompanied their atmospheres.

Creating memorable, distinctive and immersive atmosphere in games is not easy. These days, the attention that game developers put into atmospheric properties is on par with the attention that movie directors and producers devote toward creating ambience in cinema. But atmosphere is not just about the aesthetics. Rather, atmosphere derives from an amalgamation of different creative properties that work together in convincing and cohesive ways.

Why is atmosphere important?

Consider the two popular games Metroid and Ratchet and Clank. Both game concepts are centred on travelling to different planets and defeating alien enemies with sci-fi weapons. Yet, though their themes and stories may be similar, these games have vastly different atmospheres.

The tone of Ratchet and Clank is humorous and quirky, while Metroid is gritty and dark. The atmosphere, in other words, defines the gameplay experience. Different atmospheres will appeal to different types of gamers, and thus game developers need to think hard about the kind of atmospheric environment in which they want to immerse players. After all, the atmosphere will define the game’s target group, its marketing, and its categorisation within gaming culture.

How do we define atmosphere?

Supergiant Games designer Greg Kasavin claims atmosphere in games (1) emerges from a mixture of elements that help sustain the gamer’s immersion in the fantasy world and (2) is the product not just of the game’s theme, but of the tone with which the game’s theme is presented. So, now that we have a suitable definition, how does one actually go about creating atmosphere in a video game?

How do you create atmosphere in games?

Pick and mix illustration styles that reflect the game’s tone

Cuphead, with its illustration in the style of 1930s cartoon animation, seeks to emulate both a vintage and a occasionally sinister atmosphere. With intentionally grainy quality, classic cartoon tropes and platform style gameplay, Cuphead definitely has ‘retro’ written all over it. The touch of ‘creepy’, meanwhile, is achieved in the ominous use of colours and music, and the fact that – whilst the illustrations are true to the time period from which the game draws its creative inspiration – many characters are drawn with overly twisted and grotesque expressions that would seem out of place in a real 1930s cartoon.

Another example would be Nintendo’s Legend of Zelda series, in which settings and characters like Link are inspired by traditional Manga illustrations, yet the graphics have a touch of realism which makes the game more immersive, and more suited to the Western-style folklore on which the game concept is based. Game developers don’t have to simply pick an illustration style – they can combine different styles until they’ve created something new and perfectly suited to their game concept.

Choose a pace which suits the gameplay

The pace at which a game is intended to be played can contribute towards its atmosphere. Is the game fast-paced and intense, designed to get your blood-pumping, like the trippy racer game Thumper? Thumper uses vibrant colours, synchronised music and speed to create an exhilarating environment which totally immerses the player. But then there are also games which create an atmosphere of palpable tension through a slower pace. If we look at the game Penumbra, we can see an example of how the absence of action can be as terrifying as the action itself. Through a slow pace, in which the player is always on edge expecting something to happen, a creepy and immersive atmosphere of suspense can be created.

In a post from 2011, Kotaku showcased 15 specific colours that are so associated with particular games that most seasoned gamers could guess the title from the colours alone. There’s the blue that brings to mind Sonic the Hedgehog and the SEGA logo; the greyish purple of Halo; the sporty red of Mirror’s Edge; the orange of Half-Life 2.

These distinct colours have come to be associated with the games because they are used predominantly – in marketing, in the backgrounds, in tints and touches. To create atmosphere, the predominant colour can be paired with other, complementing, colours and shades. Too many clashing colours and your game will lack a distinct atmosphere. However, if a game doesn’t have enough variation in colour, the player may also grow bored.

It can be a good idea to have different levels and settings showcase slightly different colours, without straying too far from the overall colours scheme of the game. Take a look at the below screenshots from the Assassin’s Creed series and consider how the colour tones complement each other. The colours and shades in each shot work well together, thereby creating cohesive and atmospheric environments. 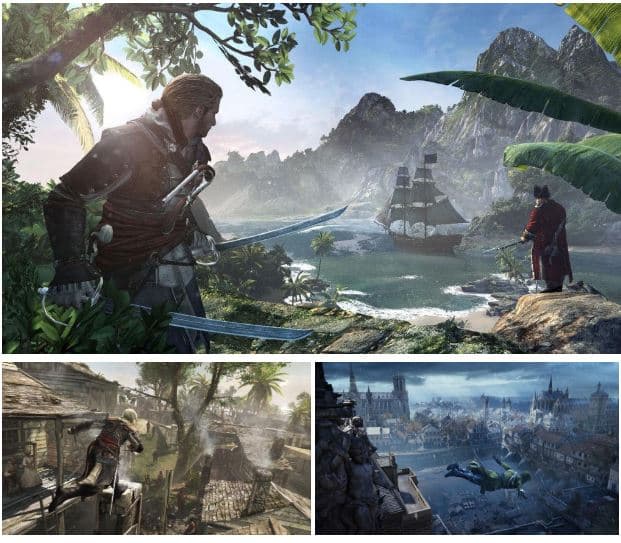 Consider how opportunities for interaction can get players emotionally involved

To what extent can players impact the game’s story? Games in which players influence cutscenes and dialogues, or otherwise influence the narrative, can give a stronger sense of immersion. If the player is involved in the storytelling because their decisions shape the outcome, they make experience the gameplay as being especially immersive.

Take the survival horror game Until Dawn, where players know that characters can die in any number of ways as a direct consequence of the players’ wrong decisions or poor gameplay. Needless to say, it’s a game in which one gets pretty emotionally invested.

Use light and darkness to convey mood

Take a look at the below screenshot from Limbo. The light pouring in is used to convey a vastness, successfully giving depth to a platform game while making us feel very small as the protagonist in the middle. Shadows of what appears to be a spider’s leg are easily mistaken for parts of a tree, reinforcing the game’s theme of obscurity. Indeed, shadows can be used to represent many aspects of gameplay –such as the mood, the level of danger present, or the need to use stealth.

This shot leaves us in no doubt that the game is dark and unnerving. The obscurity is also frustrating, which serves as motivation for the player to progress within the game – so that they may move on to a part which is better illuminated. Light can also be used for an opposite effect – to create a sense of safety, like in the game Beyond Eyes where you help a blind girl discover her surroundings which, until explored, remain obscured by a bright white light.

On a sweltering hot day, have a distant bird craw or a cricket sound in the background. On a frosty day, include silence except for the crunch of snow beneath feet. These sound effects, though obvious to a setting when pointed out, can easily go overlooked by game creators – yet they’re essential to the game’s immersion.

The use of sound effects isn’t just important for in the background of a setting – it’s also important that the right noises accompany actions like opening an inventory, scrolling through a list, or opening a menu. In the Siberian Storm slot game, sounds effects such as wind rattling, distant flutes and jingling charms accompany the dramatic soundtrack when the reels roll and when a player wins something. These sound effects create an ambience that is chilly, mysterious and exciting – while leaving the player in no doubt as to when they’ve cashed in a win.

Imagine that you are in a dark setting and you can’t hear anything except a slow dripping noise somewhere in the distance. Each drop echoes in the darkness. What does this tell you? The echo suggests your surroundings are vast and void, while the drip suggests something is not right – either a pipe has broken, or someone left a tap on in a hurry. And why is everything else silent? Where is everyone? This simple sound effect might only register on a subconscious level, yet it communicates a lot to the player.

Whether Little Big Planet or Red Dead Redemption, creating a strong soundtrack means choosing music which reflects the intended style and tone of your game. For Red Dead Redemption, Rockstar Studios brought in famous artists to help create a fusion of music that featured classic spaghetti western songs, real American folk songs, gospel and blues. With Little Big Planet, an upbeat world music and indie pop mixture matches the game’s colourful and friendly style. The music should not only be appropriate to the game but also the action your player is undertaking. Is the protagonist exploring or in combat? Driving or socialising? The music should reflect whatever is currently happening in the game.

Don’t go easy on the details

The purpose of a game is not always just to play the whole thing through or ‘win’ against opponents. Many gamers play to escape to another world, and details help such virtual worlds feel real.

“Atmospheric games have a way of rewarding the inquisitive player,” says Greg Kasavin. “Because the more you look, the more you put under a magnifying glass, the more there is to discover… details that might not have anything to do with the gameplay, just the world.”

In the zombie apocalypse game The Last of Us, you’ll spot personal items and framed family photos in the deserted and ransacked houses you enter for supplies. These details don’t prove essential to the story, yet they enrich the gameplay by instilling a subtle sense of sadness and gloom in letting the player think about all those who died in the zombie outbreak. The GTA games are also famed for their detail, like car door noises or flip flops actually ‘flipping and flopping’ against the ground.

Equally important as choosing an atmosphere to convey, is sticking with that choice. The properties with which you convey the atmosphere need to be present in some form or another throughout the game. A game can’t just initially immerse the player – it needs to sustain that immersion until the very end. Throughout gameplay, there should be a realistic sense of cohesion that brings everything together, both story-wise and aesthetically. Achieve this, and the game will be distinctive, memorable, and engrossing.