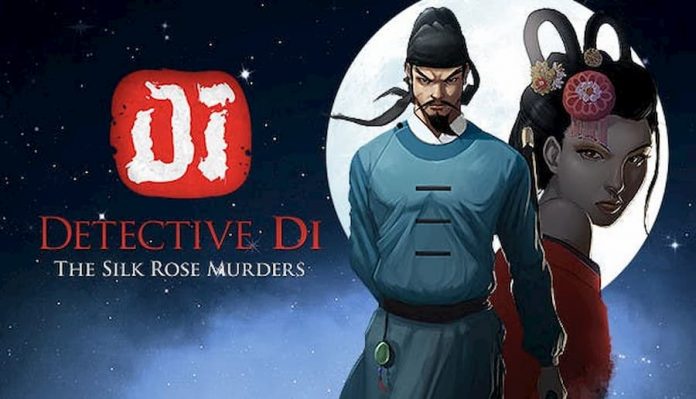 There’s nothing like solving a murder on your first day on the job.

It must be hard being a genius. Well, at least it can be troublesome. Detective Di: The Silk Rose Murders is a point-and-click that tells the story of Di Renjie, a chinese investigator just starting out in the business.

From gruesome crime to horrific murder Detective Di will you have running around the country proving yourself worthy of the title “Detective.”

The prologue will likely have you hooked within the first ten minutes. Renjie has been summoned to a small estate in the district of Penglai where there has been a murder. The victim is a Korean ambassador who was in Penglai meeting with a Chinese representative in order to make up a peace treaty. When all of those at the meeting are poisoned and knocked unconscious, the ambassador disappears only to be found dead a few hours later. The prologue will allow players to get acquainted with the controls as well as put together the clues to solve the mystery behind this shocking death. But that’s definitely not the only crime you’ll solve in Detective Di. 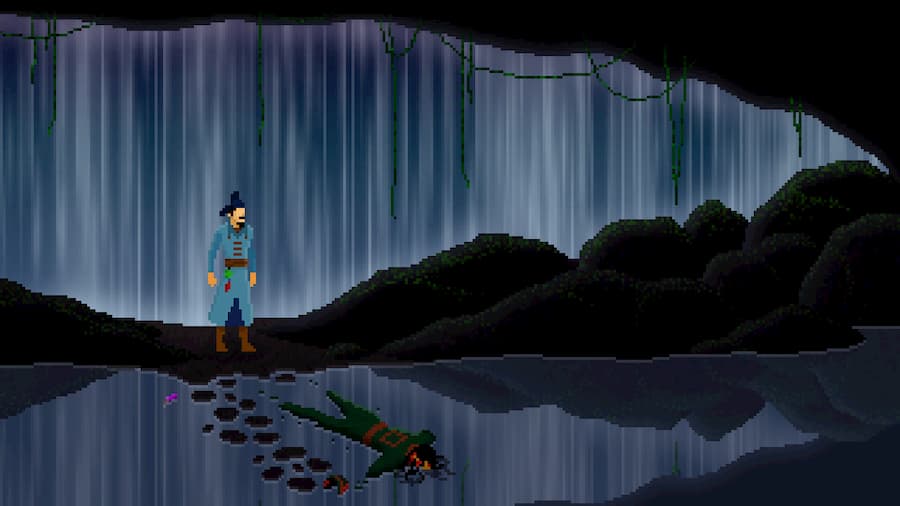 Detective Di will feel pretty familiar to seasoned point-and-click fans. You’ll be clicking around the environment to try and find clues to help you with your current case and, if that doesn’t work, you’re able to question any witnesses or others around. Occasionally, players will also have to solve some challenging riddles, puzzles, or hidden messages. It’s an ingenious way to keep the gameplay interesting and exciting rather than repetitive.

When it comes to aesthetic and music, Detective Di does a fantastic job. You’ll really think that you’re in the quiet (and dangerous) countryside of China. The cast of characters is also a good bunch which is, of course, credited to the well-written dialogue as there aren’t any actual voice actors for the roles. Oftentimes when you’re talking to a character you’ll have lots of dialogue options and you’ll be able to use witness statements to help solve the crimes. In other point-and-click games you may be tempted to click quickly through these bits of conversation, but being a detective means always having one eye and one ear open so you’ll have to pay attention.

Everything comes together in quite a lovely and polished way in Detective Di. The story will pull you in almost right away, and there’s no denying how beautiful the pixel graphics are and how well-written the dialogue is. Detective Di: The Silk Rose Murders checks all the right boxes when it comes to a good, captivating point-and-click adventure. You might have to deal with the occasional bit of pixel hunting when you’re stuck, but never enough to put you off playing. Especially if you’re a point-and-click pro.