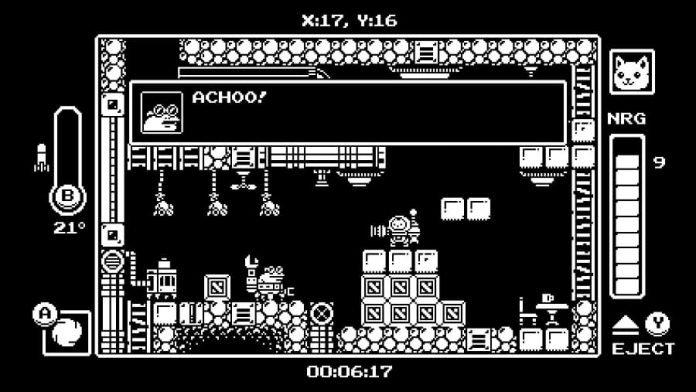 Gato Roboto is short but oh so very sweet.

Unless you get well and truly stuck or must explore every nook and cranny for secrets, you’ll be done with Gato Roboto in under three hours. You’ll have been gripped for every minute, though. It’s a Metroidvania that doesn’t outstay its welcome.

Like any cat, the one you take control of in Gato Roboto is very much an attention seeker. Causing its owner to bodge a landing due to jumping on the controls, it redeems itself by heading out and exploring the strange facility you’ve crashed on, allowing the now trapped pilot to rest and recuperate. But how does a cat manage to do anything helpful, you wonder? Well, it makes use of a mechanised suit.

As a simple cat you can run up walls to reach higher ground, fit through tiny gaps to discover new areas, and also swim underwater. But you’re not able to open doors or take on enemies. In fact, if you even so much as touch an enemy you meet your demise. Hop into a mechanised suit, however, and while your agility is hampered, you essentially become a walking tank.

A blaster with limited range is your primary weapon, though it can be upgraded if you explore each of the game’s environments diligently. You also acquire a rocket launcher, and while you have unlimited rockets, use it too often and it’ll overheat. There are other upgrades available to you, too, that allow you to reach new areas and combat enemies in new ways. 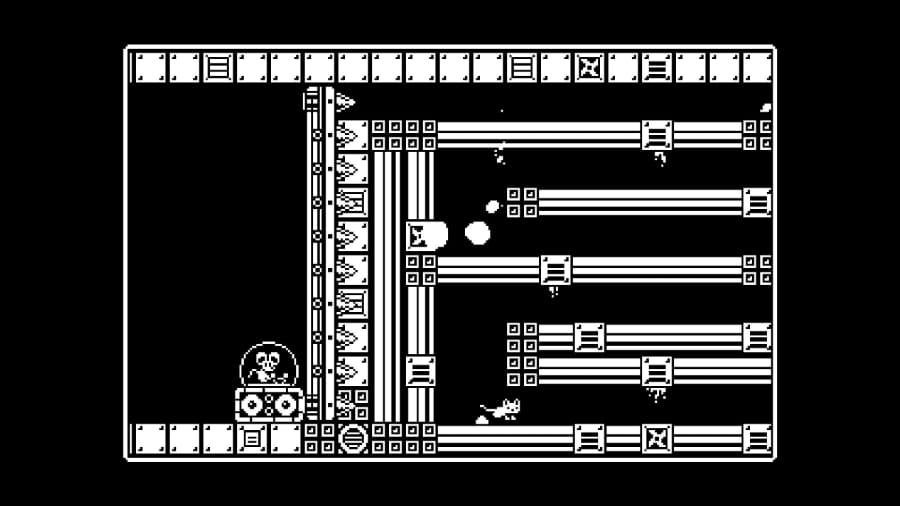 The mech suit isn’t the only contraption you can pilot in Gato Roboto. You’ll have the opportunity to jump behind the controls of what is essentially a mini submarine, too, giving you a fighting chance while underwater. And later in the game you can operate powerful stationary weapons. Needless to say, the gameplay of Gato Roboto never becomes stale during its running time.

A part of why Gato Roboto is so short, unlike many other Metroidvanias, is because it’s always pushing you forward. You do get the chance to go off the beaten path and explore a little if you wish, but the game rarely forces you to backtrack and retread old ground. And when you do want to clear up an area, you just need to pull up your map and you can clearly see the rooms you haven’t explored yet. 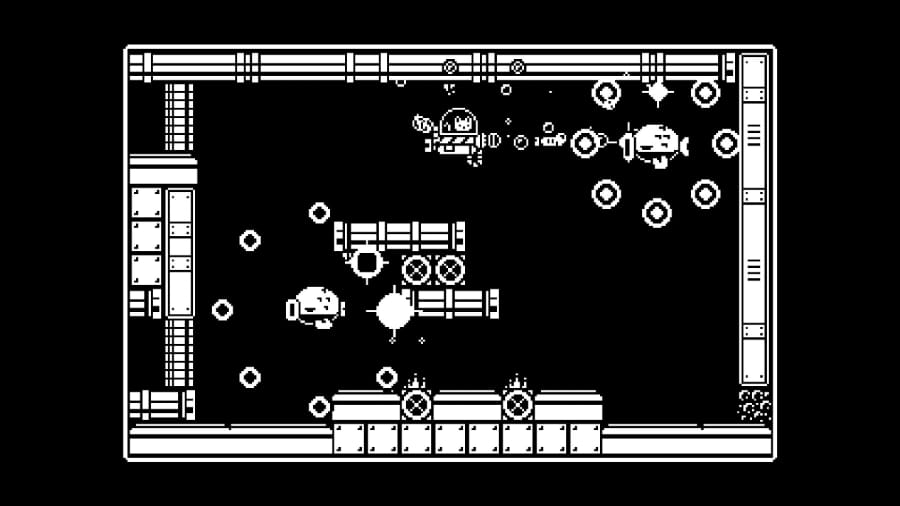 Gato Roboto is kind of like a Metroidvania for beginners, really. It has no difficulty levels, and for the most part it’s quite breezy. You might die a few times when combating each of the game’s bosses until you figure out their patterns, but when you do they’re as easy as pie. The odd bits where you’re forced to play as Kiki the cat without a mech suit are the hardest due to how easy it is to die, but frequent checkpoints remove the stress.

With its retro looks, Gato Roboto also has a lot of charm. They may not be visually detailed, but characters are brought to life by wonderful dialogue. Over the course of a few hours, you’ll really begin to feel for Kiki, and you’ll want her to succeed in her task of helping her owner, even if it means taking on furnaces that can talk or mice that aren’t all that they seem. 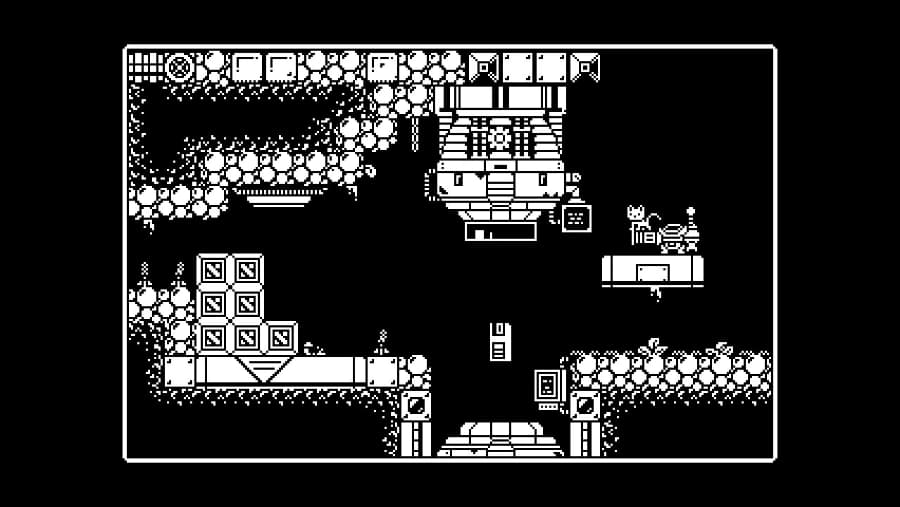 And yet another string in Gato Roboto‘s bow is how well it controls. Movement is crisp and responsive for the most part, giving you confidence to traverse its environments. Only when performing a Sonic the Hedgehog-style spin jump does the game feel a little unruly. It’s just a pleasure to play from beginning to end.

Gato Roboto‘s briefness is about the only thing that lets it down. But its low price means that it’s not too much of an issue. It’s three hours of thrilling Metroidvania action for less than the cost of a cinema ticket; you can’t really grumble with that. What matters is that taking control of Kiki the cat is an absolute joy, and the sheer amount of variety packed into the game’s short running time should be applauded. If you like Metroidvanias, or cats, get Gato Roboto bought.

Gato Roboto is available on Switch and PC. We reviewed the PC version.