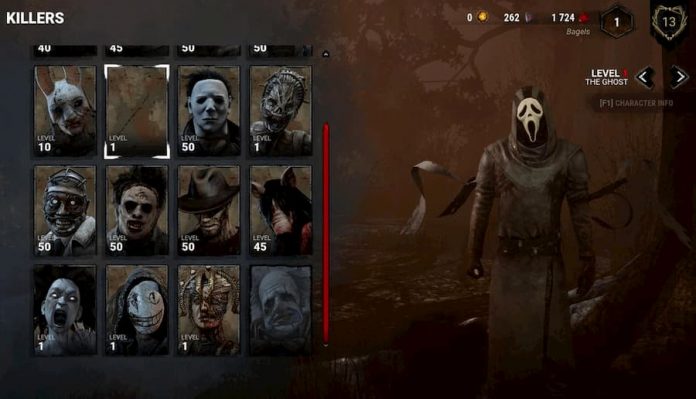 Uh oh. Someone on the Dead by Daylight team is in trouble.

A few Dead by Daylight players recently got a glimpse at the next big update coming for the game due to an accidental leak during a recent update. This big boo boo has resulted in the next killer being revealed. It’s Ghostface from Scream!

Some lucky players got a glimpse of our upcoming chapter release content in today’s mid-chapter update. We already pushed the right update live to all players on PC and PS4. XBOX users will receive it within a few days. In the meantime, enjoy the early hype on the next chapter!

Many players have been wondering what the next licensed killer would be seeing as many of the well-known slasher movie killers (Freddy Kruger, Leatherface, Michael Myers) are already in the game. We couldn’t be more excited to hear about Ghostface being added to the team. We’ll be even more ecstatic if the new survivor is Sidney Prescott.

There haven’t been any reveals for Ghostface’s abilities or how he ended up in the realm of the entity, but we’ll definitely be on the edge of our seats waiting for the newest announcement.

The correct update has been added to PC and PS4 with the Xbox update coming in a few days.