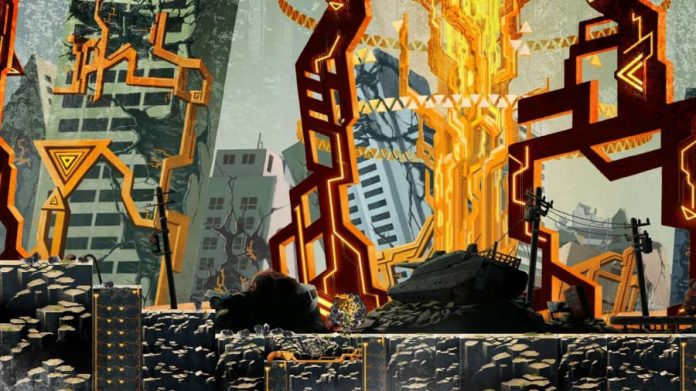 Being a metroidvania with an interesting story, I really wanted to like Giga Wrecker Alt.

And I do, to an extent. Just not as much as I’d like to. Taking control of a girl brought back to life in a world overrun by robots, now herself also partly one, I was gripped at the start. Excited about what possibly lies ahead. But unfortunately, it didn’t take me long to realise that the game squandered much of its potential because of something basic: its controls.

Giga Wrecker Alt. basically plays out like any other metroidvania. You move from room to room, clear out any bad guys you come across – or in this case robots – and gain new skills that allow you explore more of the game’s world. Where Giga Wrecker Alt. deviates from the usual formula though, is with its reliance on physics-based puzzles.

You see, one of your abilities as a cyborg is drawing bits of scrap metal towards you, and forming it into a ball. You can then turn the ball into useful objects to help you solve environmental puzzles. Turning the ball into a cube, for example, allows you to use it as a platform to reach higher ground. And momentarily turning it into a razor sharp blade allows you to cut through certain objects. You can even run your ball under some liquid rubber, turning it into a giant bouncy ball that comes in surprisingly useful. 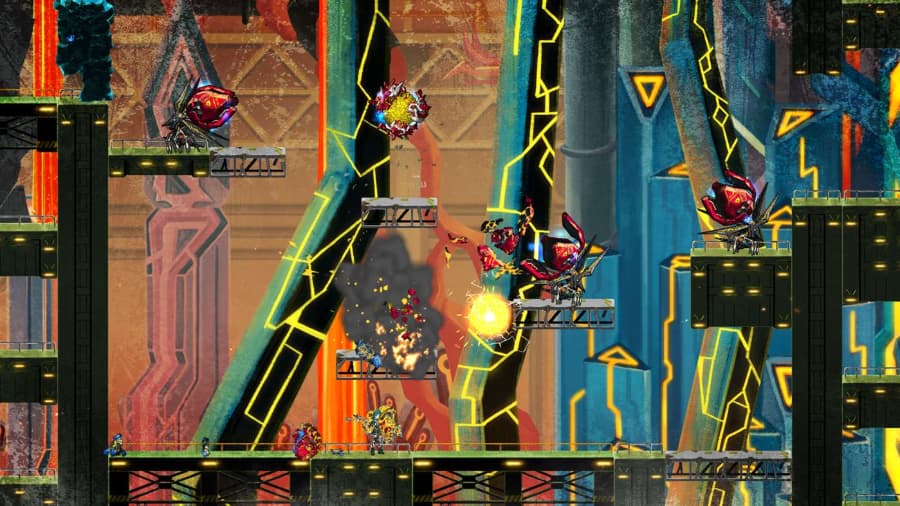 Giga Wrecker Alt.‘s puzzles are rarely hard, though actually making things play out once you know the solution can be tricky. For example, you’ll know that you need to cut a part of the environment free and let it fall so that it creates a platform for you, but getting it to land in exactly the right position can be a case of trial and error. Thankfully, there’s always a pink pool of energy you can use to rewind time and have another go. There’s also a terminal that will give you hints as to how to solve the puzzle if you really get stuck.

Collecting and manipulating scrap is largely the crux of Giga Wrecker Alt. You can’t even defeat most enemies without wrecking something else first; only balls of scrap of a certain size can overcome their shock absorbers. On paper it’s a neat idea, but in practice it quickly loses its appeal. 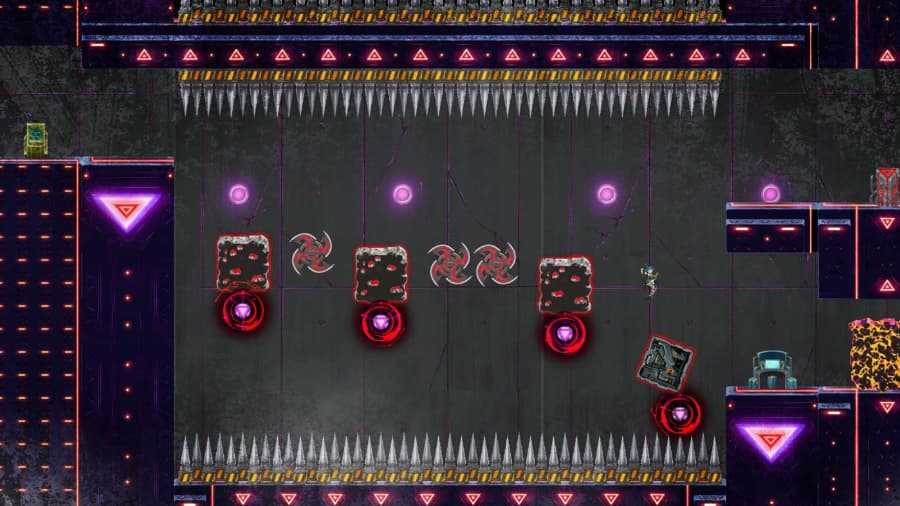 There are only so many times you can make blocks and/or cut pieces of the environment in order to create a path to enable you to proceed until the experience becomes a bit samey. And combat quickly becomes a bore when it revolves around the same process of collecting enough scrap to make a dent on an opponent with your one single attack. Aside from its story, there’s nothing about Giga Wrecker Alt. that feels particularly compelling or accomplished. Its gameplay is just dull.

There are some things that liven up the experience a little, though, such as being to unlock upgrades to make yourself a more formidable opponent. There are some boss fights that are enjoyably challenging, too, though some might just find them frustrating. But on the whole, Giga Wrecker Alt. just doesn’t do enough to hold your attention in the long term. 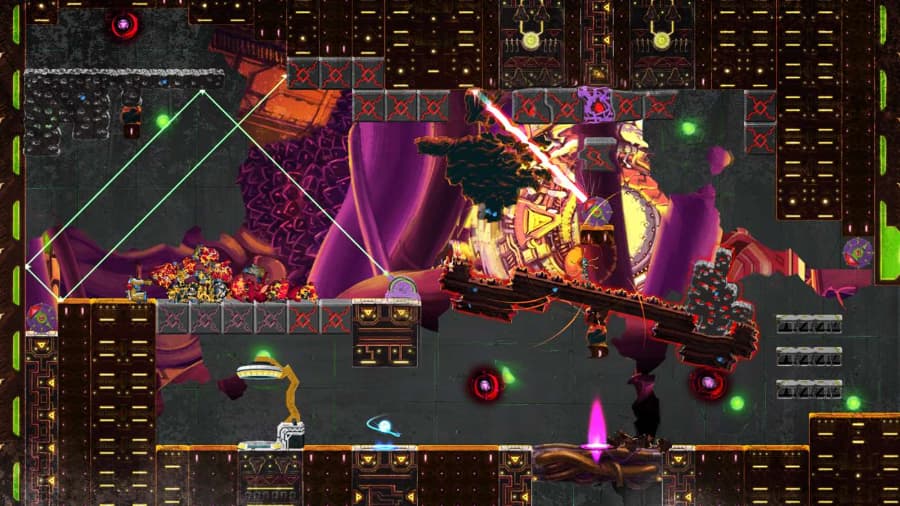 As I alluded to earlier, the absolute worst thing about Giga Wrecker Alt. is its floaty controls. You never feel like you’re fully in control of your character. While her legs go through the motions when you press a direction, it feels as though she’s just sliding from one place to another. Things get even worse when you jump. Forget about making any kind of precise leaps, because Giga Wrecker Alt. just doesn’t allow for them.

So, mainly thanks to its dull combat and floaty controls, Giga Wrecker Alt. isn’t the game it could have been. There’s a great story waiting to be unravelled if you have the patience to work through the game’s issues, but a few hours in, it really will become a slog. Giga Wrecker Alt. is a unique game, for sure, but uniqueness alone doesn’t make something good. The basics have to be there first, and in this case, they’re just not.

Giga Wrecker Alt is available on PS4, Xbox One and Switch. We reviewed the Xbox One version.