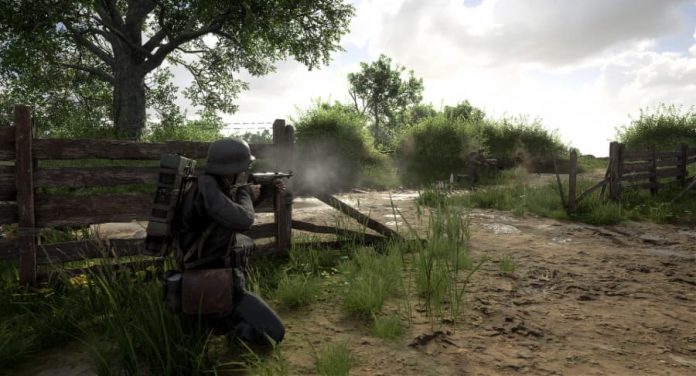 If you’ve got room for yet another team-based online shooter in your life, you might want to keep an eye on Hell Let Loose.

Published by Team17 and developed by Black Matter, Hell Let Loose aims to offer players an authentic World War 2 experience when it launches into Steam Early Access on 6th June. And with its epic 50v50 battles, it goes a great way to do so.

Working together as a team, your objective in Hell Let Loose is to push forward and capture key points on a giant map. But while their placement is randomised, they’re not dotted around willy-nilly – they’re always on the front line. Each match is a tug of war, a battle to see who can gain ground and then keep it. And there are no tickets – players keep respawning until one team finally manages to topple the other’s HQ.

As you’d expect, there are numerous roles for you to fill when entering battle. 14, in fact. Each one has its own loadout, as well as a number of strengths and weaknesses. To win, players must these roles effectively. Some roles are better for suppressing the enemy, for example, while others are better equipped to take down enemy tanks. The majority of players will be forced to take infantry roles, but it’s how they support those with more specialised skills that really matters. 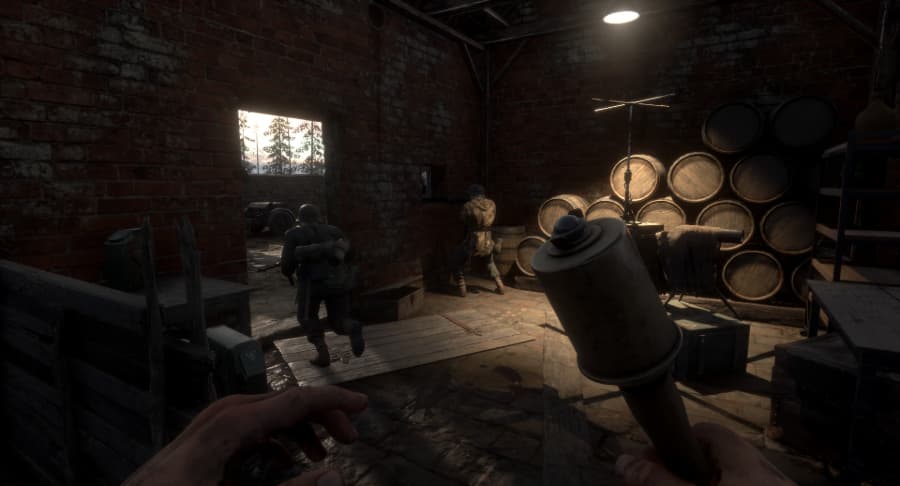 There really is an emphasis on team play in Hell Let Loose. It you’re a lone wolf, it probably isn’t the game for you. You have to form up into units, and communication is integral. The game does have text chat, but a mic is recommended for communicating vital information during the heat of battle. And to further drive home the team play aspect, each unit’s officer can create new respawn points. Handy, as otherwise you have to respawn back at HQ when killed, which usually results in a lengthy run to get back into battle.

One thing that really surprised me about Hell Let Loose is how good it looks – it is gorgeous. All three of the maps currently in the game are stunningly realistic, and present numerous gameplay opportunities. There are dense forests in which to advance with plenty of cover, snow-covered fields are best traversed in the safety of a tank, and picturesque country houses are often the scenes for tense firefights. Performance is good too. I was able to play with epic settings at 1080p on a GTX 1060. Granted, the framerate hovered around 45fps, but it’s a fairly old graphics card now. Most players will easily be able to tweak the game to get 60fps or more. 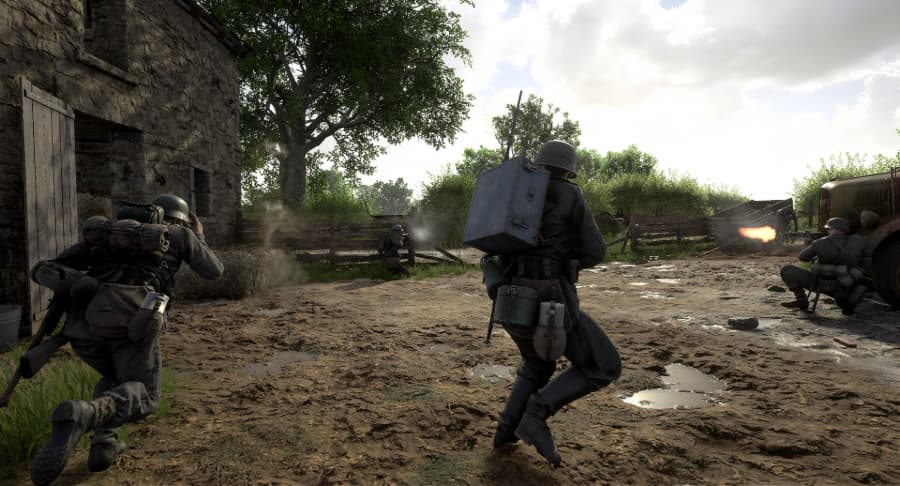 Hell Let Loose does have a problem though: setting itself apart from the crowd. There are plenty of online shooters available at the moment, so why should you play it? Why dive into Hell Let Loose rather than Battlefield V? I can’t answer those questions. At this early stage, it’s also missing some features such as leaning, there’s only one vehicle type in the game – tanks – and while I’ve only found time to play a few matches, I’ve witnessed both team-killing and spawn-camping. Black Matter has some work to do if it wants to attract new players and, more importantly, keep them.

But, all things considered, the current state of Hell Let Loose is a good base to start from. The visuals are there, gameplay feels tense, and gunplay feels authentic. You really feel like you’re taking part in conflict, with weapons that mostly demand that you get into the thick of the action rather than flirting around the outskirts. It just just needs more content, more features and some gameplay tweaks, but that’s why it’s entering early access. Though even once Hell Let Loose is a fully featured title, will it be able to attract players away from games of a similar ilk? I guess we’ll see.