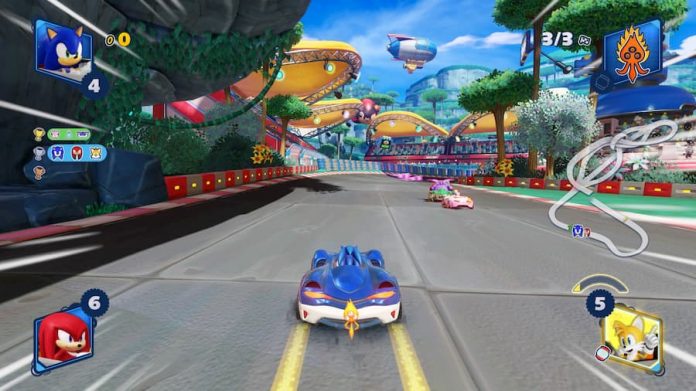 While ultimately it probably doesn’t have much bearing on the outcome of a race, it’s nice to propel yourself to the front of the pack at the beginning of each of Team Sonic Racing‘s events by performing a boost start..

Like nearly all kart racing games, Team Sonic Racing is all about using boost and the items you pick up while racing around to obtain and maintain the lead, and using a boost start is just one part of that. But how do you perform a boost start?

For the best boost start you want to successfully gather three charges of boost, but even just one or two charges is better than nothing. Although, like previously noted, it probably doesn’t have a great deal of bearing on the result of the overall race. A single crash or being hit with a weapon is enough to wipe out any benefit that a boost start provided.