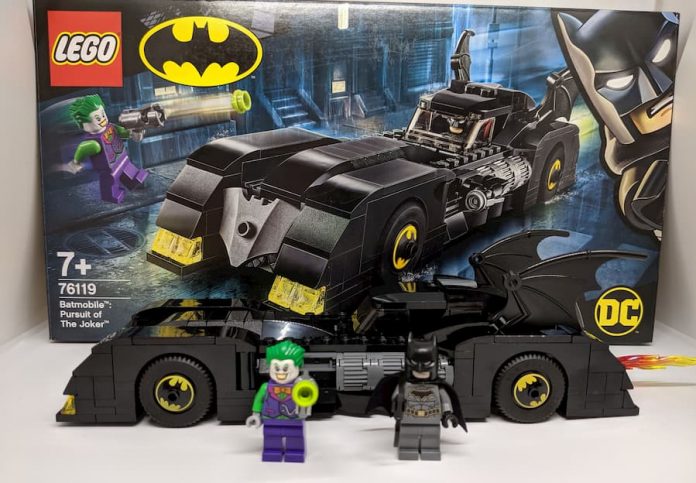 There have been many LEGO variations of the Batmobile over the years. Chances are you own quite a few of them. I do.

To my frustration, there’s one that I don’t own, however: 7784 The Batmobile: Ultimate Collectors’ Edition. It’s now very expensive to buy brand new, and those that pop up on auction sites such as eBay are rarely complete or in good condition. But thanks to LEGO I no longer want one: I’ve now got the next best thing. 76119 Batmobile Pursuit of The Joker provides a great recreation of the classic Batmobile for pocket money. 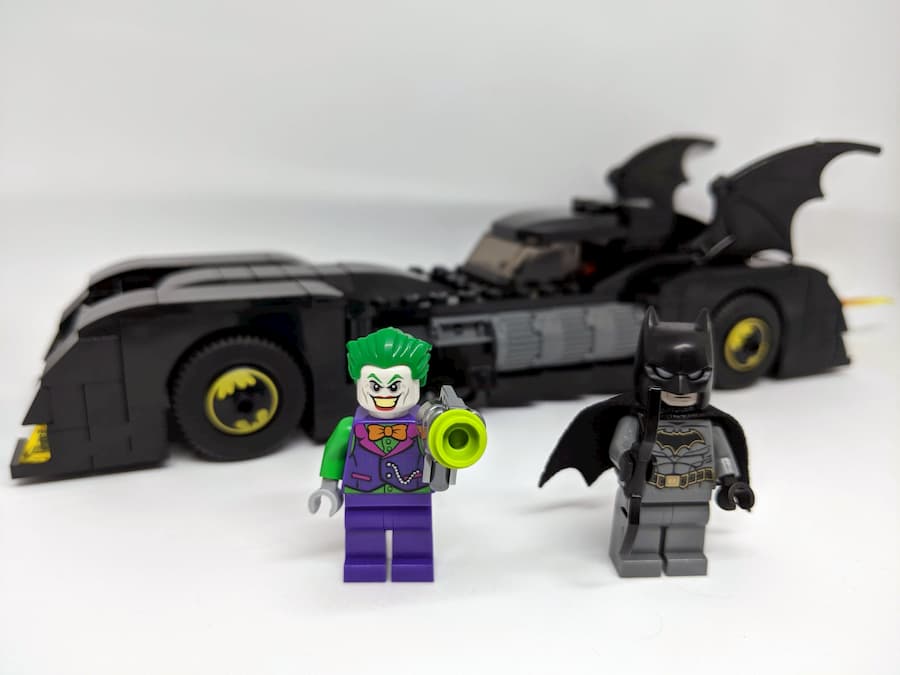 A 342 piece set, LEGO 76119 Batmobile Pursuit of The Joker keeps things simple. You get the Batmobile and just two minifigs: Batman and The Joker. The name of the set says it all, really.

Both minifigs are great, but if you’re a fan of the caped crusader you’ve probably got many of them by now. They both have two faces, so you can determine their outward emotions when playing or putting them on display. And they both have printing on the front and rear of their torsos, too. It’s just hard to get too excited about them. Although The Joker does look great. 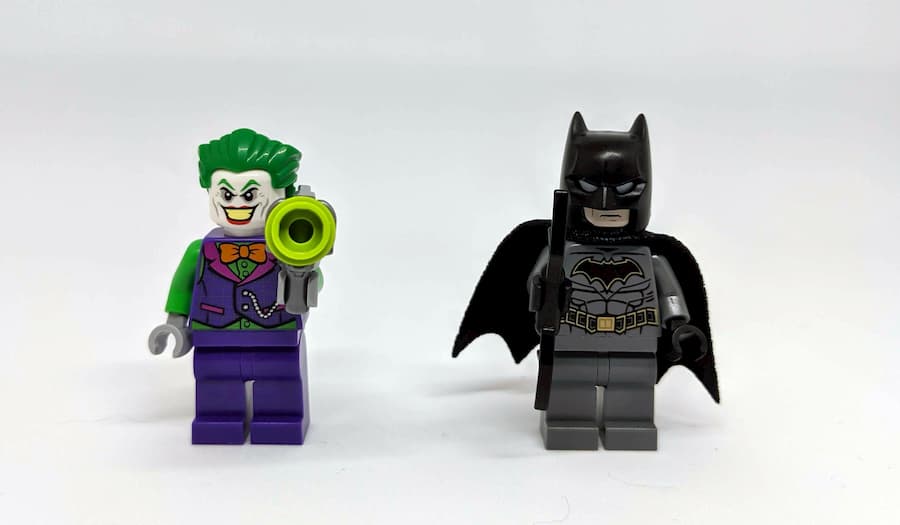 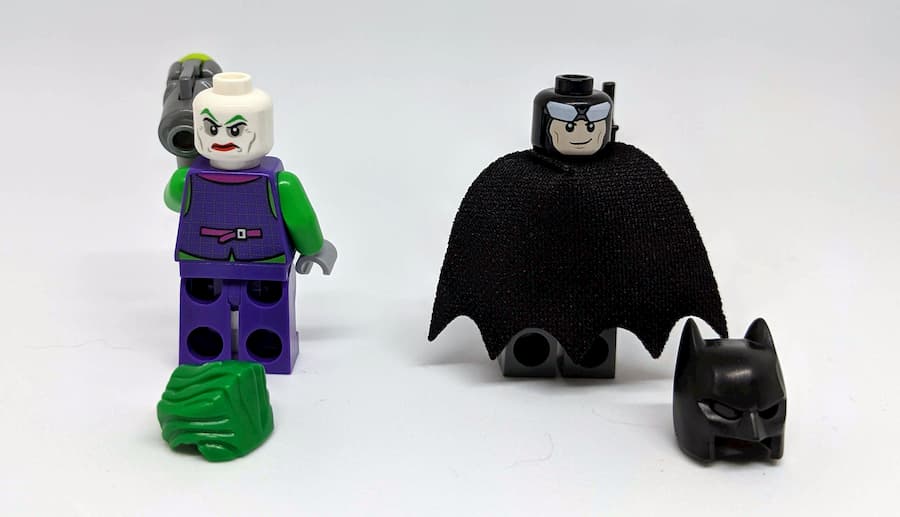 It’s the classic Batmobile that’s the real star of this set. It’s a nice solid build that has plenty of detail. Once you’ve built it, you’ll be astonished that it’s from a £25 set. It’s got a couple of features that will make it enjoyable for youngsters to play with, but it’s also of such a high quality that many older LEGO buyers will want to proudly put it on display. Or maybe just have it on their desk for when they’re bored with work.

LEGO 76119 Batmobile Pursuit of The Joker consists of three numbered bags. Bag number one has you first assembling Batman before moving on to create the frame for the Batmobile. It’s all simple stuff, and surprisingly light on Technic pieces. Moving onto the second bag, it’s then time to build The Joker before bulking out the Batmobile. Even at this stage though, there’s not much to look at. Everything comes together with bag three, and you’re lefty with a model that looks very impressive indeed. 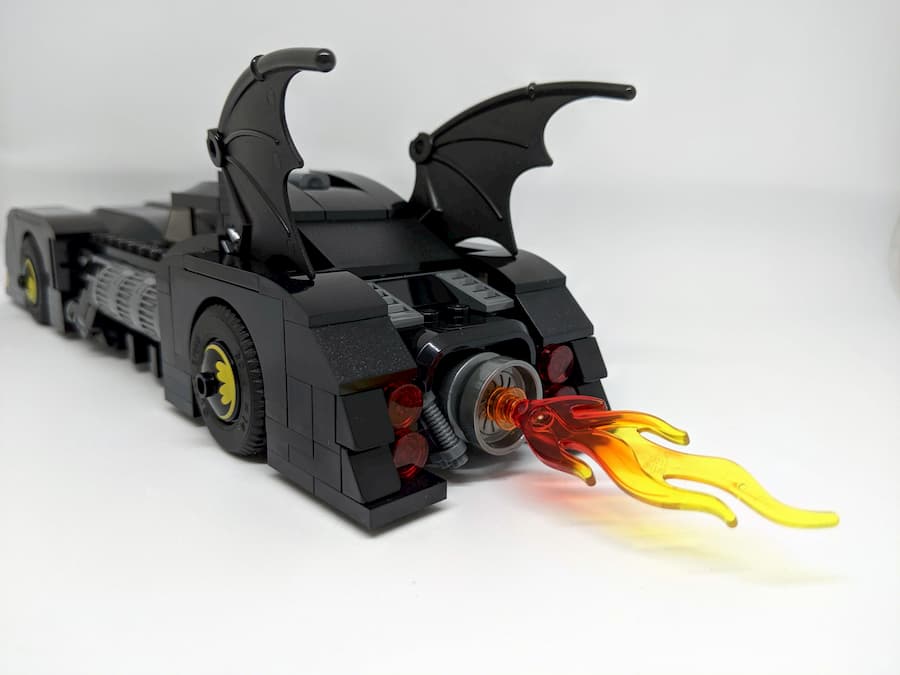 With zero stickers included, it’s nice to find a number of printed bricks that add some great detail to the model. At the front there are two fans underneath a bat-shaped icon of sorts that can be raised, while all four wheel trims sport the old-fashioned batman symbol. There’s also a fantastic printed dashboard with plenty of dials and displays.

In terms of play features, the windscreen and cockpit roof is made to be lifted, so Batman can be easily placed inside and removed. Though his cape does get in the way, as usual. There are also two guns built into the vehicle that can be rotated outwards and fired. For display, they can be pushed downwards to make them less inconspicuous. And finally, thanks to a cog connected to the Batmobile’s rear axle, a flame shooting out of the back of the vehicle rotates as it is rolled. It’s a nice touch.

I’ll say it again; once built, it’s hard to believe that this is a £25 set. Though I’m glad it is. It’s a much better model than the likes of 70906 The Joker Notorious Lowrider which retailed for £54.99 – more than double the price and has less than 100 extra bricks. LEGO has made a model that is solid, enjoyable to play with and a pleasure to look at. If you’re LEGO builder who’s got any interest in Batman at all, 76119 Batmobile Pursuit of The Joker is an absolute must-buy.

76119 Batmobile Pursuit of The Joker 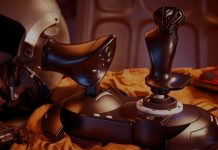 Review: Up Your Flying Game With the T.Flight Hotas One