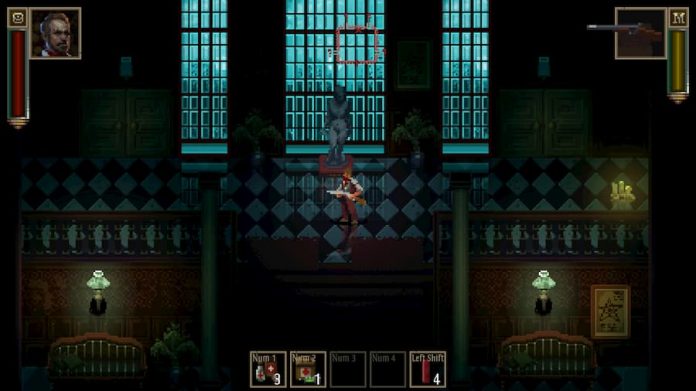 Unlike the recently released Call of Cthulhu, which shares the same source material, Lovecraft’s Untold Stories is anything but frightening. The game does its best to obscure the foes you face, pixellating them and cloaking them in shadow, but given that they can be dispatched with the business end of a shotgun they’re more of an annoyance than a genuine source of terror.

However, Lovecraft’s Untold Stories’ minimal fear factor doesn’t make it a failure. It may not be terrifying but it’s an entertaining, if flawed game. The semi-randomised nature of the game means that, stepping through each door, you’re never sure whether you’re going to be picking through chests and cupboards or frantically blasting away at foes.

The enemies you do face are varied enough in their attacks that you’ll spend a significant portion of your time juggling weapons and protective amulets, gambling on whether protection from ice attacks or acid damage will serve you best in your next encounter. These items can also be traded off to shopkeepers who, provided you have enough currency, will outfit you against the enemies that may lurk in the next room. 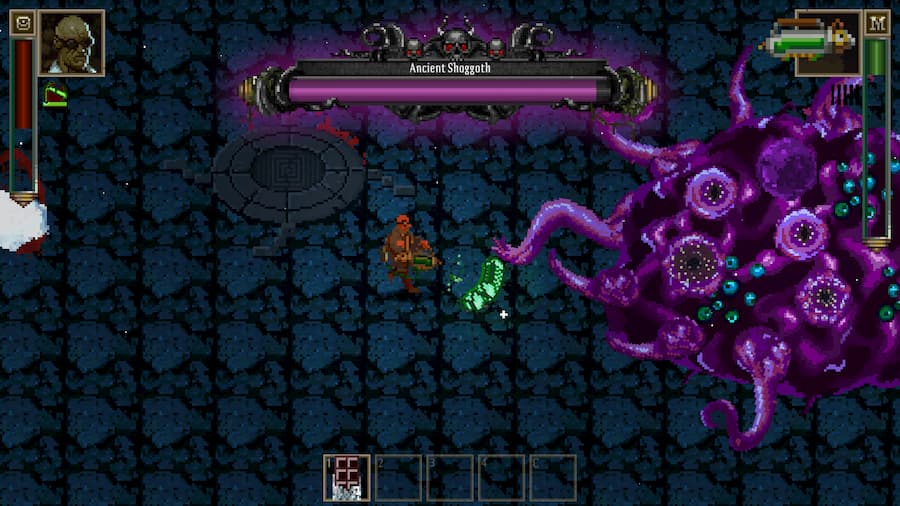 Combat is a frenzied affair (on standard difficulty), particularly if you’ve been penned into a small room; the exits are helpfully sealed off until every last abomination is destroyed. Enemies attack from all sides, and the game ups the ante by throwing in foes who spawn other enemies once you hit the second or third level. On top of this, you’ll be struggling to apply health packs or bandages to stem the bleeding or other damaging effects that narrow your chances of survival.

It’s a blessing that Lovecraft’s Untold Tales doesn’t sport a permadeath system, though the game does sometimes throw you a suspiciously gnawed bone. During one playthrough I stumbled across an artefact that constantly healed me, making the game almost insultingly easy. Conversely, there are a few elements of Lovecraft’s Untold Tales that can be absolutely infuriating.

For example, some of the game’s unlockable characters have to deal with spike panels scattered around the levels. These can be dodged but because the levels are so dimly lit, it’s easy to blunder into them, particularly if you’re fighting monsters in the same room. 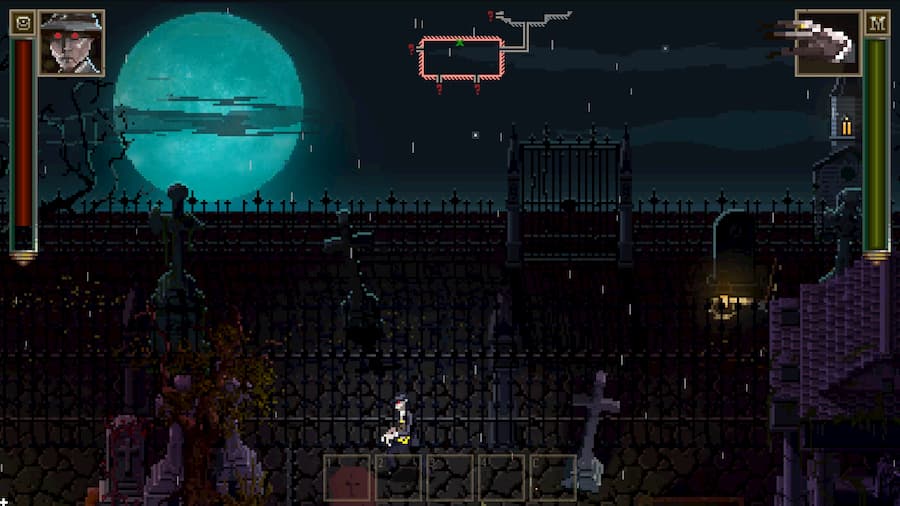 So your character starts bleeding and you need to either ride out the bleeding effect, losing health, or apply a bandage. At which point you stumble onto another spike panel and the whole cycle begins again. Certain attacks also cause status effects; on several occasions I found myself so low on health and health packs, having slaughtered my way through a horde of unmentionables, that I could do nothing but watch my character’s health tick away as they bled to death.

Thankfully, not all characters have to deal with these irritations. One of the joys of playing Lovecraft’s Untold Tales is discovering a new character and putting their abilities to the test. I grinned like an idiot as, after unlocking The Professor, I discovered I could fling explosive plasma balls around each level.

Picking through the notes and items scattered around each level is also entertaining, particularly since the game offers you the chance to steer well clear of their supernatural revelations. Reading some of these notes will damage your character’s sanity; lose enough sanity (it can be regained by eating chocolate) and the game ends. But these micro-tales are so carefully crafted that you’ll regret not reading them, even if it ends with your character putting their shotgun in their mouth.

Lovecraft’s Untold Stories is a fun shooter, for the most part. It doesn’t gain much from mining Lovecraft lore; you could swap out the foes for any other number of pixellated nightmares. But slaughtering your way through the hordes is a satisfying and challenging experience, and there’s enough replayability here to keep you diving back into the abyss.

Lovecraft’s Untold Stories is available on PC, PS4, Xbox One and Switch. We reviewed the Xbox One version. 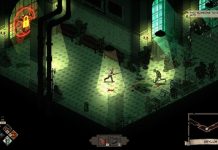