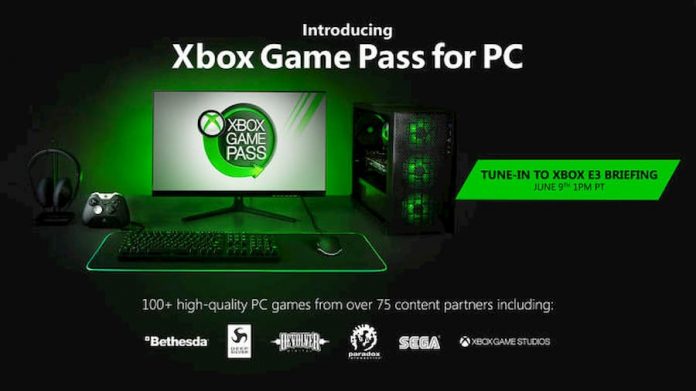 PC gamers are about to get the Xbox treatment.

Two years ago, the Xbox Game Pass launched for Xbox One. The Pass includes over 100 high-quality games for Xbox One owners to download onto their console and play for a monthly subscription price. The Xbox Game Pass allows players to try out many of the games they’ve been curious about without having to break the bank.

The folks over at Microsoft want to share the wealth by bringing the Xbox Game Pass to PC. Xbox Game Pass for PC will grant the same access to a library of games for PC on Windows 10. Players can expect well-known games from developers and publishers like Bethesda, Deep Silver, Devolver Digital and more.

Xbox Game Pass for PC members will also receive discounts in the Microsoft store on Windows of up to 20% on games currently in the library and up to 10% off related game DLC and add-ons.

Microsoft is also working on giving players more choices on where they can purchase Xbox Game Studios titles. In March, it was announced that Halo: The Master Chief Collection would be available on PC launching on Steam as well as the Microsoft Store. Even more Xbox Game Studios titles will be heading to Steam including Gears 5 and all Age of Empires I, II, III: Definitive Editions. This initiative is to give players a choice of where they’d like to buy their games.

Microsoft will also be enabling full support for native Win32 games to the Microsoft Store for Windows. This will allow more options for developers and games allowing for customisation and control.

For more news like this be sure to tune into the annual Xbox E3 2019 briefing on Sunday, June 9th.