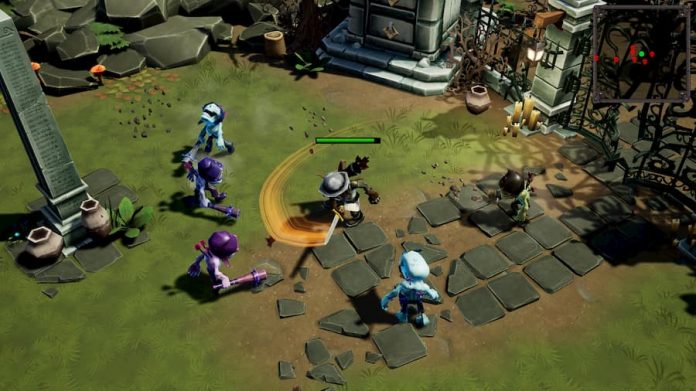 It wasn’t a surprise to see Grave Keeper had previously launched on mobile with in-app purchases. On PC the game scratches the itch it wants to, but won’t hold players too long.

In moving to PC, Grave Keeper does away with its microtransactions opting for a flat £7.19/$9.99 entrance fee. It’s probably best to try the free mobile version first to decide whether to buy it for PC. With in-app purchases and video ads on mobile, the main premise of working through stages, getting rewards, and using those rewards to better your progress always has those microtransactions hanging over your head. On PC, thankfully, only your progress, not the depth of your pockets, matters. 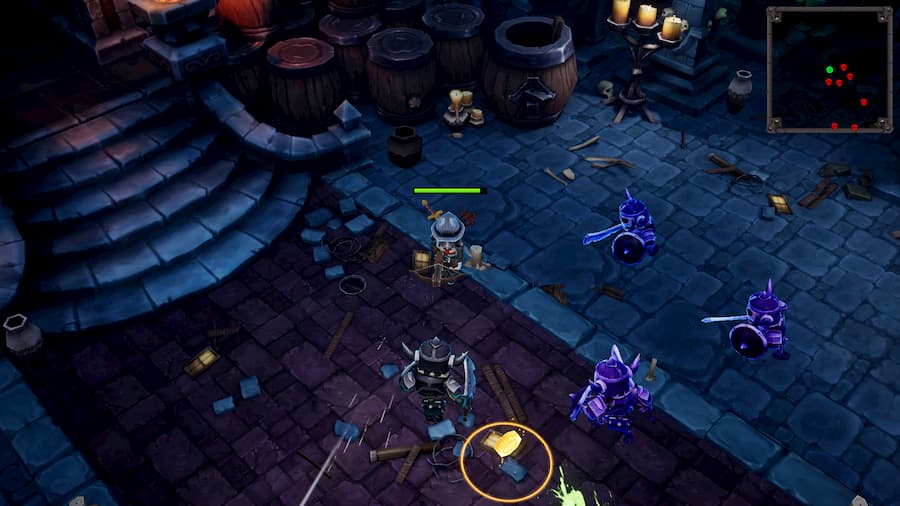 Even if you’re not aware that Grave Keeper is available on mobile, it’s pretty easy to tell. The UI is large, and clearly designed for a touch screen. The random lady who guides you through the game inexplicably takes up half the screen, and her dialogue in mostly broken English. Coupled with the game’s cartoonish art style, though, her dialogue becomes oddly endearing in an amusing way rather than appearing directly lazy.

In Grave Keeper – not to be confused with the very different Graveyard Keeper – you play as the Bounty Hunter, working your way through the Forbidden Stronghold to take out its ruler, the Skeleton King. You do this by hacking and slashing your way through five stages per level, before killing a boss and making your way to the next level.

A chest is granted upon defeating each boss, and along with looting coins from enemies, you’re able to upgrade yourself to stay ahead of the curve. However, it’s when you kill the Skeleton King – which you can do whenever you desire – that you’ll get passive abilities which persist into your next run through of the game. Items disappear after you kill the Skeleton King, you go back to stage one, and you build your way back up again. There’s enough loot to have a different setup each time, and the coins are used to upgrade your damage output or defence. 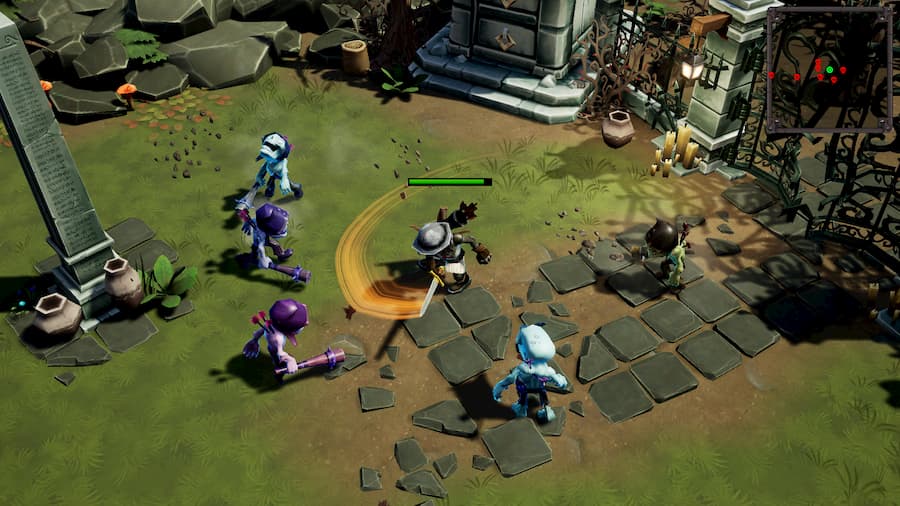 Grave Keeper offered enough for me to sit for two hours and make my way to the Skeleton King a few times; getting further each time by experimenting with different setups and fighting new enemies that appear in later stages. The levels themselves rotate between about five different map designs, but they really get stale as you’re flying your way up to the 100th stage and beyond. When you die, you’ll start back on the stage where you died, and the end of the road is only reached when you feel you can’t go any further, or you run out of healing potions.

Losing microtransactions makes for a better experience, but don’t expect too much of Grave Keeper. It’s an entertaining way to spend a few hours, but there’s only so many times you can kill the Skeleton King.