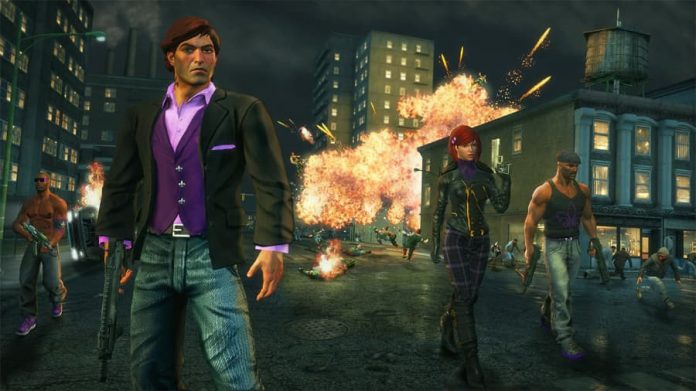 It might be a controversial opinion to air, but I prefer the Saints Row series over Grand Theft Auto.

Co-op is one of the reasons for that – it’s just so much fun teaming up with a friend, family member or loved one and causing mayhem together. The series’ wicked sense of humour is another – the characters of the latest Grand Theft Auto games are mostly just unlikeable assholes, but those of Saints Row are so over-the-top that you can’t help but love them. Even though they’ll happily shoot a driver in the face just to steal their car.

And so with that revelation, you’ll understand that I’m very happy that Saints Row: The Third has made its way to Switch, and it’s The Full Package. That means you get the base game, three story expansions and more than 30 DLC items. If you’ve never played the third entry in the Saints Row series before it’s an absolute steal. And even if you have played it, you might want to do it all again. I have, and it was just as much fun the second time around.

Saints Row: The Third begins with the Third Street Saints at the top of their game. They may be criminals, but they’re also celebrities now. But being so high-profile has its drawbacks. With their high-octane antics they’ve attracted the attention of the Syndicate, and in one swift move they find themselves once again fighting to prove that they are indeed a gang that’s not to be messed with. And is Johnny Gat… dead? 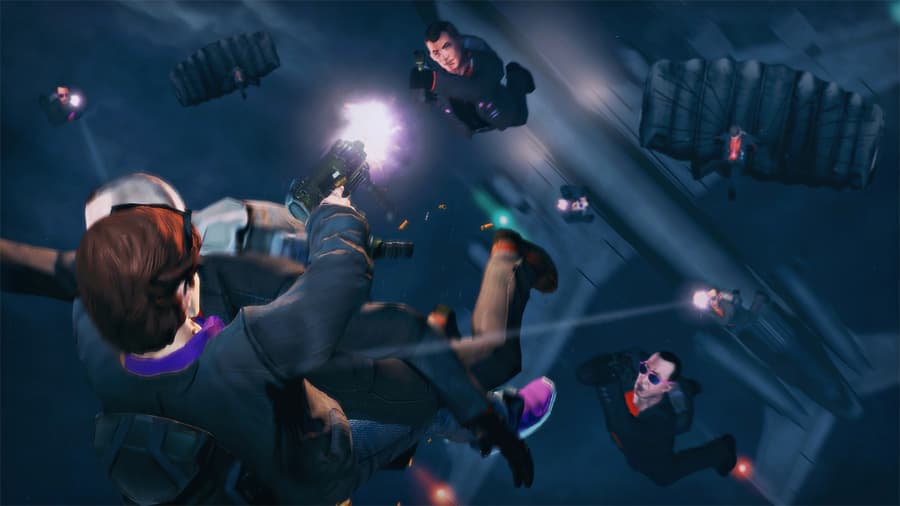 Missions are mostly over and done with in less than 15 minutes, and you rarely find yourself looking at your watch as yet another cutscene kicks in. Saints Row: The Third is happy to just let you play, and play you will. Simply running through the game’s story is going to take you over ten hours, and unless you’re playing on Casual difficulty you’re going to want to engage in the game’s side-content. You need money to buy and upgrade guns, after all, and building an empire is the best way to do that.

Nearly every shop in Steelport can be purchased, and some Cribs can be upgraded to provide additional bonuses. There’s territory to wrestle from rival gang members, too, and countless activities to engage in that always prove to be a laugh. And if you want something a little more meaty to tackle on the side, why not play through one of the game’s expansions? You can jump into them after only an hour or so of play. 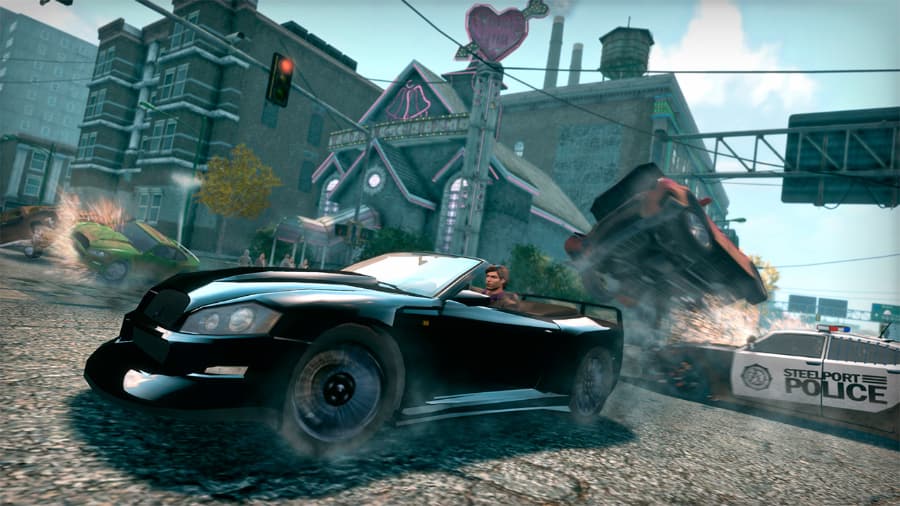 The only thing that holds you back from enjoying Saints Row: The Third – The Full Package with all your heart is that it’s very rough around around the edges. Especially in docked mode on Switch. Play the game in handheld mode and the framerate seems more consistent, and the lower resolution works together with the small screen to hide the amount of visible pop-in and other graphical issues. In fact, when playing it as a handheld game, it’s a marvel. A true open world game with all the bells and whistles in the palm of your hands.

Play Saints Row: The Third – The Full Package in docked mode, however, and it’s a bit of an eyesore. There are jagged edges everywhere, the pop-in can sometimes be obscene, and the framerate is up and down like a fiddler’s elbow. It’s still playable, and you’ll still want to play it because the game is great, but you’ll wish you were playing it on more capable hardware. Just why hasn’t the game been ported to PS4 and Xbox One yet?

During my time playing the Switch version of Saints Row: The Third I’ve experienced a couple of serious bugs, too. I got stuck looking at the map once and had to forcefully quit and reopen the game to continue. Another time, what’s essentially a mini-boss knocked me through a locked gate, but luckily I was still able to shoot it to death and complete the mission. To be honest though, Saints Row: The Third‘s robust autosave system means you’ll never lose much progress in the event of a disaster. 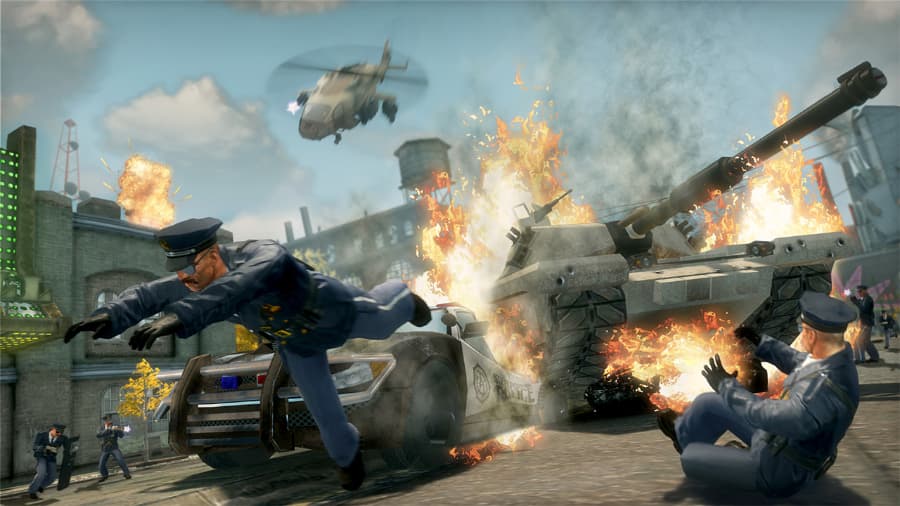 Technically, then, Saints Row: The Third – The Full Package leaves a lot to be desired. But things aren’t so bad that you should disregard it. Even with all its issues, it’s still one of the best open world games of all time. Few games can put a smile on your face like Saints Row: The Third does. Its characters are varied and interesting, its writing tickles your funny bones, and its action is literally explosive. Embracing the absurd, Saints Row: The Third doesn’t care what you think. It’s the person farting loudly while walking down the street, then giving you a dirty look if you so much as tut.

So, if you’ve never played Saints Row: The Third before and can’t imagine playing a game on anything other than the Switch, The Full Package is a must-buy despite its technical issues. To be fair, when docked, the Switch version probably falls in line with the PS3 and Xbox 360 versions anyway. It’s also a must-buy if you use your Switch pretty much exclusively as a handheld device. Only those who have played it to death or are sensitive to framerate issues should give it a miss. Rude and crude, that’s what Saints Row: The Third – The Full Package is. Rude and Crude.

Saints Row: The Third – The Full Package is available on Nintendo Switch. 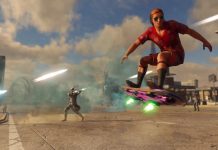 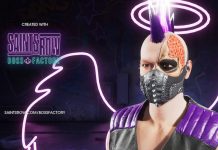 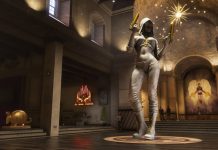