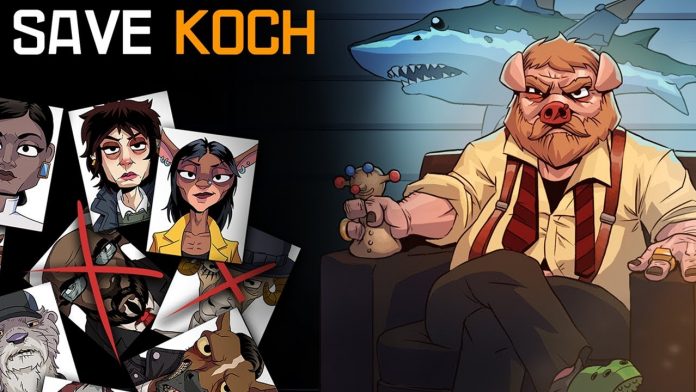 There’s a mole on your team and you’ve got to figure out who it is before it’s too late.

That’s the big premise of the simulation game Save Koch from developer Wooden Monkeys. Your character, Jeffrey Koch, is mafia boss – and a literal pig – who has recently come under attack from multiple gangs in his city.

You have a loyal group of followers, but it’s been confirmed that there’s a mole among them. You’ve got to find the mole in under a week and try to stop those in the city that are trying to bring your empire down.

The gameplay for Save Koch is super simple. You’re stuck inside Koch’s office having been brought there for your protection. You’re able to click around the office to do things like answer the phone, check your map or assign your underlings to go and do missions in the city.

There also a few random things strewn about Koch’s desk that you can interact with just to hear Koch snort or laugh, but they don’t have any significance on the game. A screen in your office is also where you’re able to accuse members of your team as mole’s or as the mastermind behind everything. 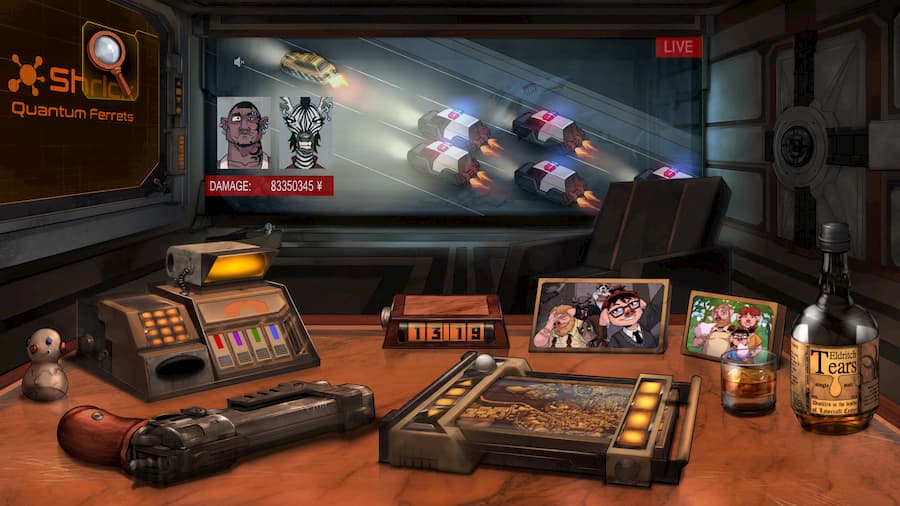 The most confusing part about Save Koch is figuring out exactly how to play the game itself. There are little to no instructions when you load it up, so it’s a learn-by-doing situation. This isn’t always a bad thing, but it can be pretty overwhelming when you first start out. You’re told that you have to find a mole, but Save Koch gives you very little instruction on how to narrow down your search.

You also have a tablet-like device where you can order your followers to do jobs around town. These missions are the same for every play through (a new game starts after a week in-game), but the significance of completing them is never made very clear. During my first two playthroughs, several of those missions expired and I didn’t really see any consequences, other than hearing about it on the news inside Koch’s office.

A large part of Save Koch‘s gameplay is making dialogue choices. People will often call Koch on his office phone, asking him questions or trying to get information out of him. Koch can also make calls himself. You’re given a phone book of sorts, filled with numbers that you can use to contact your anthropomorphic animal partners. Sometimes if I was stuck I would just start randomly dialling phone numbers in my contacts to try and get some piece of valuable information. 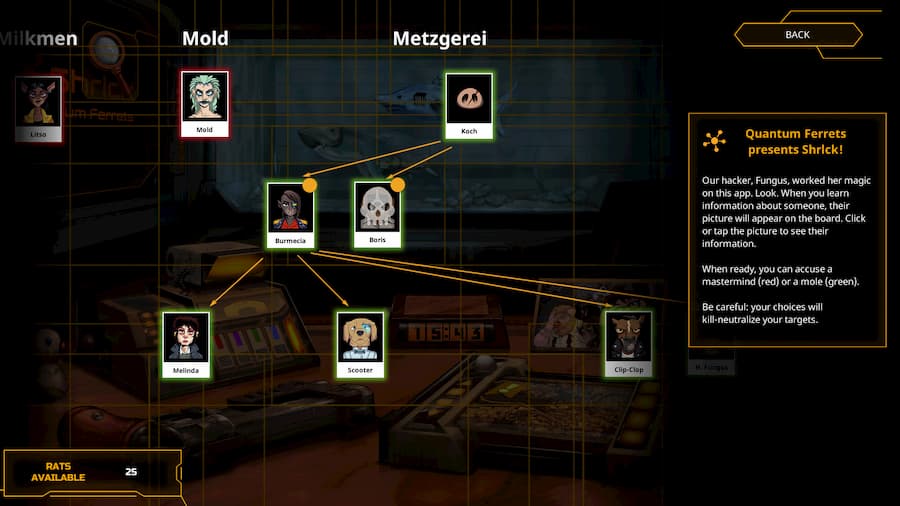 Despite its lack of clarity – or perhaps partially because of it – Save Koch is an intriguing game. It took a few playthroughs before I started to feel like I might be getting the hang of it, but it would be nice to have some kind of tutorial at the beginning to guide you along. Also the fact that sometimes it’s difficult to determine if what you’re doing is important or just busywork makes Save Koch at times feel like actual work rather than an enjoyable gaming experience.

If the idea of a game that lets you poke around and learn everything on your own, you’ll have some fun with Save Koch‘s wacky, hectic world. There’s a lot to like if you have the patience to figure it out. But if you prefer your sim games with clear instructions, then you’d better pass on this one.

Save Koch is available on PC.