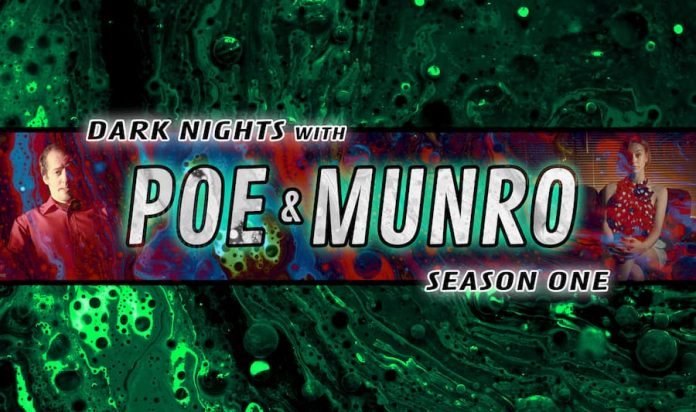 The FMV genre is growing a little more with the upcoming release of Dark Nights with Poe and Munro.

This new instalment will have actors Klemens Koehring and Leah Cunard reprise their roles as John ‘Poe’ Pope and Ellis Munro, the radio hosts from the town of August. The game will contain six episodes, each with a branching narrative. As this new title is standalone you do not need to have played The Shapeshifting Detective to play it.

Our reviewers both loved D’Avekki’s first two games, giving them both a score of 8/10 for their ingenious storytelling and mind bending mysteries. So fingers grossed the Dark Nights with Poe and Munro will continue the trend.

Dark Nights with Poe and Munro is intended for release later this year on PC and consoles. The studio also has a fourth game called Pocket Dreadfuls, planned for after the release of Dark Nights.