I wanna be the very best like… well, I’m sure you get the rest.

With the release of Detective Pikachu, Pokémon fans all over the world are rushing to cinemas to see it. And I highly recommend that you do if you’ve got any interest in those precious digital monsters. Whether you’ve watched the anime or played the games any fan will find something to love about the film. In case you’re still apprehensive, we’ve put together a short list of reasons why we think you should go.

A lot of people, including myself, were pretty worried when the Pokémon: Detective Pikachu teaser trailer first released. I’m sure many of us have been Pokémon fans since we were kids so it’s hard to trust anything that’s going to make changes to such a classic. I know I’m not the first to say this, but Detective Pikachu was actually really good.

Of course, nothing is perfect and there are a few weird things that we probably would have changed, but if you’re worried about it being a train wreck I can assure you that the train reached the station safely.

Detective Pikachu has quite a few shots of lots of Pokémon at once and one of the best parts of the movie is spotting all of your favourites. I went and saw the movie with my best friend and watching them point at the screen and gasp gave me as much joy as shovelling heavily buttered popcorn into my mouth does.

It’s almost like a game of ‘I Spy’. The whole movie you’ll be shouting, “I see Snorlax! There’s Bulbasaur! Oh my gosh, a Morelull!” And then everyone in the cinema will tell you to shut up, but for those few seconds you’ll be in Pokémon heaven.

Of course there are some differences, but it can be argued that the differences were positive changes for the movie.

4The Pokémon Are Extremely Detailed

Detective Pikachu gives viewers an up close and personal look at lots of different Pokémon: Snorlax, Mr. Mime, and Lickitung just to name a few. And these Pokémon are incredibly detailed. You can see each and every feather on top of Psyduck’s head and Pikachu’s fur looks adorably soft.

The creators could have easily made these Pokémon look like their video game counterparts without all of the extra detail, but you can tell that great time and effort went into making each and every Pokémon look gorgeous – and in a way that they blend into a real-world setting without looking out of place. It’s quite a feat.

5It Has a Great Cast

Detective Pikachu has a wonderful cast. Ryan Reynolds (Deadpool) voices Pikachu and kind of fits the role perfectly, with just the right balance of sass and compassion. Justice Smith (Jurassic World: Fallen Kingdom) as Tim is another great fit for the lead role. Tim is an awkward insurance agent who once dreamed of being a Pokémon trainer, but has since grown out of the hobby. Kathryn Newton (Big Little Lies) is the last of the three main characters and plays Lucy Stevens, a young reporter trying to catch the biggest scoops in Ryme City.

Speaking of Ryme City, it made the list because one glance at this place and you won’t believe your eyes. Ryme City is a place where Pokémon and humans work and live together in harmony. When Tim makes his way to Ryme City, this is where you’ll be able to spot a veritable cacophony of different Pokémon.

You’ll see Machamps directing traffic around a sleeping Snorlax, Loudreds acting as DJs and even Snubble working as a buddy Pokémon alongside Lieutenant Yoshida. Ryme City is a Pokémon fans’ dream come true and you won’t be disappointed when you see it. 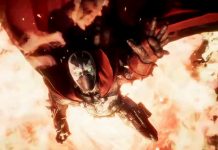