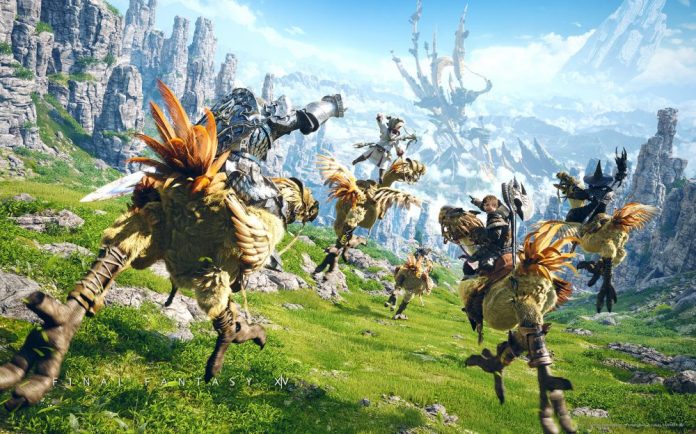 Everyone has their own definition of what makes a great MMORPG.

We’re about to dive into the genre and pull out some gems that represent the wide variety of MMORPGs out there that people are playing in 2019. So, if you’re looking for your next MMORPG obsessions, you’re in the right place because we’re going to be discussing some of the very best.

You’re probably looking for an absorbing game that you can really get into. After all, that’s what the genre is all about. We’re as interested to find the best MMORPGs around right now as you are, and that’s why we’ve assembled a lot of the games that have been taking up our spare time recently. Each of them offers something unique that the rest don’t, so you’re to find something that interests you.

Find out more about each of them below and decide which one of them you want to dive into next.

The cartoonishly-stylised aesthetic might put some people off playing MapleStory 2 but it really shouldn’t. To judge it by its cover, to use an old cliche, would be to misrepresent what the game is and what it has to offer players. For a start, you have a lot of choice over how you customise your character, both in terms of how they look and how they play. You can change just about every aspect of their appearance and the type system allows for huge variety.

Fighting types will have an upper hand when you’re up against big bosses in the game’s enormous battles and when you’re tackling dungeons with friends. But there’s just as much fun to be had if you want to build and decorate and many other things besides. There’s also a huge amount of mini games to play in MapleStory 2 and these are far more than filler shoved in by the creators.

TERA is an MMORPG that’s been around for a while now, but it’s a game that carries on delivering a lot of new content all the time. It’s a game that focuses on the action and combat, allowing you to take on enormous enemies and bosses that appear unbeatable to begin with. The recently released content and updates make the game feel more modern thanks to the redesigns and new dungeons.

The game is now more challenging than ever before too, and that can make it more rewarding to play and get better at. But you shouldn’t let that put you off playing the game, though. There’s a tough but fair learning curve to get to grips with, and you’ll find yourself learning how to play the game successfully in no time at all. It’s definitely one of the best MMORPGs you can play at the moment, so don’t ignore it a second longer.

Lord of the Rings Online

If you’re a Tolkien fan, you simply can’t afford to skip Lord of the Rings Online. The game remains a fantastic and faithful imagining of the novels and films in MMORPG form. It’s one of those games that encourages you to sink into your chair and get lost in a world incredible characters and massive exploration. It’s everything you want a Lord of the Rings game to be and so much more.

The plot stays in line with the plot of the original novels, and you can follow the path of the Fellowship as closely or as loosely as you want to. That’s the beauty of the game, and it also means the game can work as well for Lord of the Rings super fans as it can for people who are not necessarily in love with the franchise and its history. Yes, that’s right; even if you’ve not read the novels or seen the films, there’s plenty to enjoy in Lord of the Rings Online.

The truly great thing about EVE Online is that it’s a game that’s driven by the people that play it. There’s a huge a dedicated player base out there that sinks a lot of time into the game. They dictate what happens, from wars in the universe to plots and complex strategies. It can be tough to get started because of all this, but if you have time to sink into a game like this, it’s one of the most rewarding out there.

Usually, you might think that the developers taking a hands-off approach would be a bad thing but it really isn’t here. There’s so much to do and experience thanks to the players, and they’re doing a much better job than any developer could. It’s a deeply political game that encourages strategic thinking. It all takes place in space and you’ll have a lot of fun with it.

Final Fantasy XIV has a full roster of Final Fantasy characters, plenty of beautifully-crafted environments and a pretty epic story to dive into. If you’re a fan of the Final Fantasy series, you owe it to yourself to try this MMORPG. It struggled on launch but a new team overhauled the game and it now it’s a whole lot of fun. It even has great cutscenes, which is something every FF fan expects.

There are eight combat classes for you to use in Final Fantasy XIV, and they’re all pretty interested and unique. It’s worth experimenting with these and deciding which school of play is the one that’s right for you. The expansions for the game are pretty huge, which is a nice bonus for players too.

It’s a great time to be a player of MMORPGs because there’s a massive abundance of great games to take up your playing time. Sometimes, it feels like you don’t have enough free time to dedicate to all of the MMORPGs you want to play. But if you’re looking for a new game to sink your teeth into, one of the five mentioned above should be the next you try.