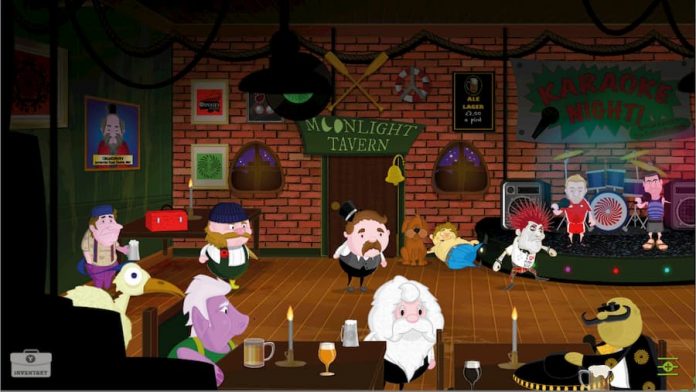 Released last month on Switch and PC, The Mystery of Woolley Mountain is a point and click style game that’ll take you back to the old days of the genre.

With a fun cast of characters, developer Lightfoot Brothers has created a journey through time in a truly British style.

The Mystery of Woolley Mountain was funded on Kickstarter, and even had legend of the point and click genre, Ron Gilbert, backing it. And it’s easy to see why. You can expect the British style humour to seep into every element of the game, particularly its characters. Lead crew member Garland Vanderbilt is wildly wacky character, one who feels like an import from a family-friendly version of Blackadder. You can expect lots of dry wit, with most of it hitting the mark well.

On Nintendo Switch, The Mystery of Woolley Mountain is much more accessible when playing in handheld mode, with the cursor being much quicker. When it’s docked, using the Joy-Cons or a Pro Controller can become frustrating, even with the option to speed up the cursor.

But the overall style of the game will likely delight all point and click fans. Like any game in the genre, progress through The Mystery of Woolley Mountain depends on you solving puzzles. You’ll spend your time examining the game’s environments, collecting items, and talking to its many colourful characters. It’s a challenging game, but its solutions are never too obscure that you’ll find yourself needlessly stuck. 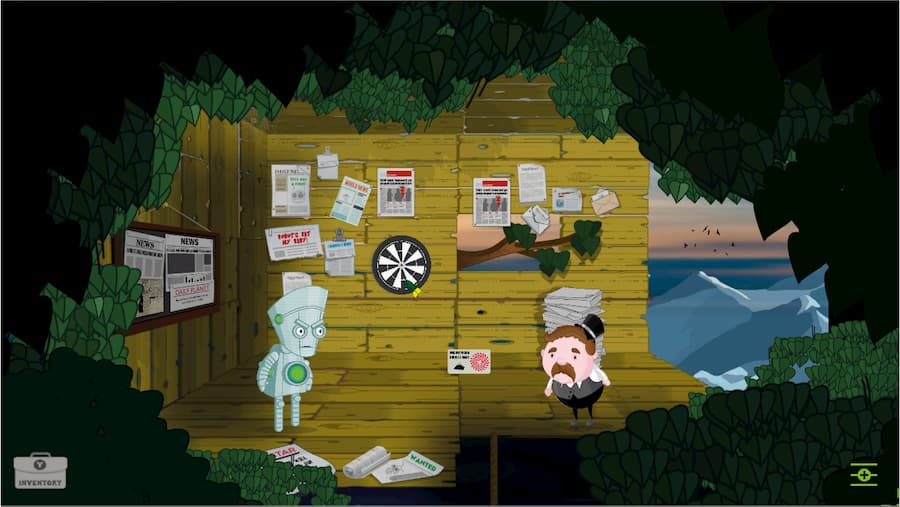 The Mystery of Woolley Mountain’s art design also brilliantly links in to the overall tone of the game. It’s cartoonish and little rough around the edges – but that’s no doubt intentional. The hand-crafted art style adds to the dry wit of the humour, and each character is designed in a unique and distinct manner.

On top of this, you can expect a fully voiced cast too. With a range of well-acted and hilarious voices, the casting is perhaps one of The Mystery of Woolley Mountain‘s highlights. You’ll want to pay attention to everything that’s said, too, as plenty of puzzle clues come from the dialogue.

The story of The Mystery of Woolley Mountain is a little lacking, but the characters, their dialogue, the classic point and click gameplay and varied levels make this a title well worth checking out if you’re a fan of the genre.