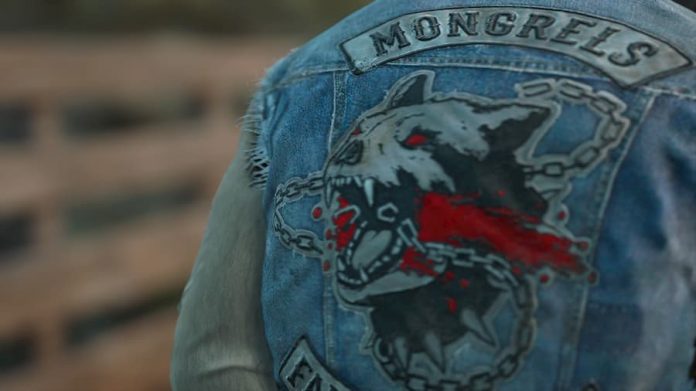 Don’t know about you, but here at GameSpew we never stop playing games.

It is our life and our legacy. We will pass this legacy on to our children and our children’s children. They will know about Mario, Sonic, and by golly they will know the names of at least twenty Pokémon. But for now, let’s focus on this week.

Here are the games we played this week that we may or may not be telling our children about in the future.

Rich: I didn’t play much of Sniper Elite V2 back when it was originally released, so spending last weekend playing its remaster was pretty fun. The X-ray kill cam never gets old, though the game itself does feel dated now compared to its much-improved sequels. Still, it’s worth playing if you’re a fan of the series. I also finally played the Dragon’s Lair Trilogy, which blew me away with its animation but frustrated me with its so-called gameplay.

Most of my spare time this week, however, has been spent playing Rage 2. It’s one of those games that’s a bit rough around the edges, yet I seemingly can’t tear myself away from it. It’s perhaps because of its truly meaty shotgun and entertaining abilities. Look out for a review for it early next week. A fair bit of my time has been eaten up by Castlevania Classics Collection, too. It’s a must-buy just for Castlevania: The New Generation alone. I had a copy of it for the Mega Drive many years ago, and now it’s worth a small fortune. Frustrating, as I probably traded it in for a pittance.

Kim: My weekend was spent with A Plague Tale: Innocence. It’s beautiful but harrowing, and I loved (almost) every minute of it. It has a lot of stealth, and I’m largely against sneaking around in games as I’ve been vocal about in the past – but against all odds, A Plague Tale didn’t make me rage. Not much, anyway. Definitely a worthwhile journey.

Becca: This week I’ve been enjoying my Xbox One’s backwards compatibility and borrowed Bioshock and Bioshock 2 from my dad so I could play them. I still really enjoy the first Bioshock, but I remember absolutely loving the second so I’m very excited to get to play with them. I’ve also been playing through Silent Hill 2, a game that I just end up going back to over and over again. Despite the sheer number of times I’ve played it, I still get stuck on the puzzles and I get lost in the hallways that all look the same. Still, I have no doubt I’ll be going back to it again next year or the year after that. Or both.

I’ve also dived back into Red Dead Redemption 2, just because the Xbox is downstairs on the big TV and I couldn’t help myself. It took me a while to remember the controls again because it has been a few months, but once I got into it, it was like riding a bike – you never really forget. And as usual I’ve played a couple of games of Dead by Daylight now that the ranks have reset so I’m working towards climbing up the ranks once again.

Chris: I’ve finally completed Days Gone; it had a suitably satisfying ending, though not the one I expected. I’ll be returning to take on the hordes when I’ve cleared some of my gaming backlog. I’m still a bit miffed that I never got Deacon’s actual original petrol tank back, though.

I’m also slaughtering my way through Lovecraft’s Untold Stories which is entertaining and frenetic, if not particularly terrifying. This also led me to check whether author H.P. Lovecraft really was racist, as he was rumoured to be, or whether people were reading too much into his stories. One Google search later and I was reading a Lovecraft penned poem which removed all doubt as to his unpleasant views. It makes some of his stories (such as Facts Concerning the Late Arthur Jermyn and His Family), uncomfortable reading for all the wrong reasons.

Stan: Usually I can’t stand Ultimate Team. Really, any online multiplayer is just not for me. I find it too taxing; gaming is relaxation for me. But I had to go back to Fifa 19’s Ultimate Team this week for two reasons: Matt Clarke and Jamal Lowe. The two Pompey players who made it to the League One Team of the Year received boosted attributes – I had to get them! More valuable than any Pokemon card I’ve ever received (not really – but, you know, hyperbole is good), I’m happy to say Clarke is a magician at the back, and I’m saving up right now for Lowe.

Speaking of Pokemon, I saw Detective Pikachu earlier and it may well be the best video game film ever (if it really counts in that category). I also got a special edition Pokemon card from it! I think it may have been made for kids, but who cares, right? I also started playing Deponia on the Nintendo Switch last night. I haven’t got too far, but what I have played I’ve really enjoyed. It’s very story-driven and the characters are pretty hilarious too. I look forward to playing more of it and writing a review in the upcoming days!

Jack: This week I’m still working away on Guild Wars 2. I dip in and out for an hour or two levelling an Engineer, Archibald Davenport. Levelling a character as opposed to using the instant max level boost has meant a stronger grasp of abilities and builds. Honestly, if you’re coming to Guild Wars 2 for the first time with the expansions, don’t use the boost, it’s much less friendly than World of Warcraft’s boosts for new or long returning players.

This week I got a nice surprise in an email to remind me that House Flipper’s new DLC, Garden Flipper, had just released. Suffice to say I was quickly dispatching of nasty weeds, planting trees, and placing stone slabs around my House Flipper office’s garden. A strange feeling considering my real life lawn was in need of a trim, and the weather’s been nice this week…

Matt: I haven’t had as much time as I normally do to game this week, but basically all of that time has gone into Rage 2. At its core, it’s a well-crafted FPS game that feeds you some exciting powers and drops you into a weird, wacky open-world. There isn’t a particular aspect of the game that jumps out as being revolutionary or extraordinary, but more often than not, it’s a fun and eventful romp through a desolate world. Outside of that, I’ve spent a brief amount of time on Mortal Kombat 11. It’s nice to have a fighting game that I actually enjoy back on my system again.