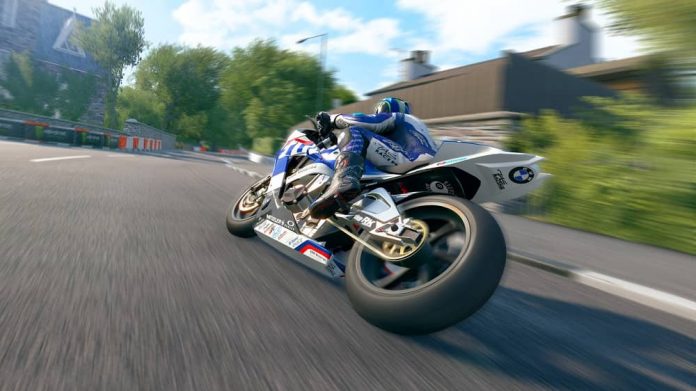 If you’re after serious racing games, the Switch doesn’t really cater for you at the moment.

It’s getting better all the time, though. Monster Energy Supercross 2 released earlier this year offers plenty of fun, and if you like your action more futuristic, the excellent Redout has just been released, too. The latest addition to the Switch’s lineup of racing games, however, TT Isle of Man – Ride on the Edge, is the most hardcore. And it’s also one of, if not the, best.

Released just over a year ago on other formats, TT Isle of Man – Ride on the Edge arrives on the Switch with all of its modes and features intact. The trouble is, it’s not all that impressive a thing as there wasn’t much to the game in the first place. Its single player offerings consist of Quick Race, Time Attack and Career modes. Nothing out of the ordinary or new. And on the multiplayer front, you can either make use of a local hotseat mode, or take the action online for some truly heated races. At least I hope so, anyway. I haven’t actually been able to find an online race yet.

So, TT Isle of Man – Ride on the Edge isn’t brimming with modes. And neither is it bursting at the seams with tracks and bikes. Only 10 tracks are featured, including the epic Snaefell Mountain course. You can race on them with 38 bikes, which again, compared to titles like Ride 3, isn’t all that bountiful. But it doesn’t matter all that much; TT Isle of Man is all about the quality of the experience rather than a wealth of content. 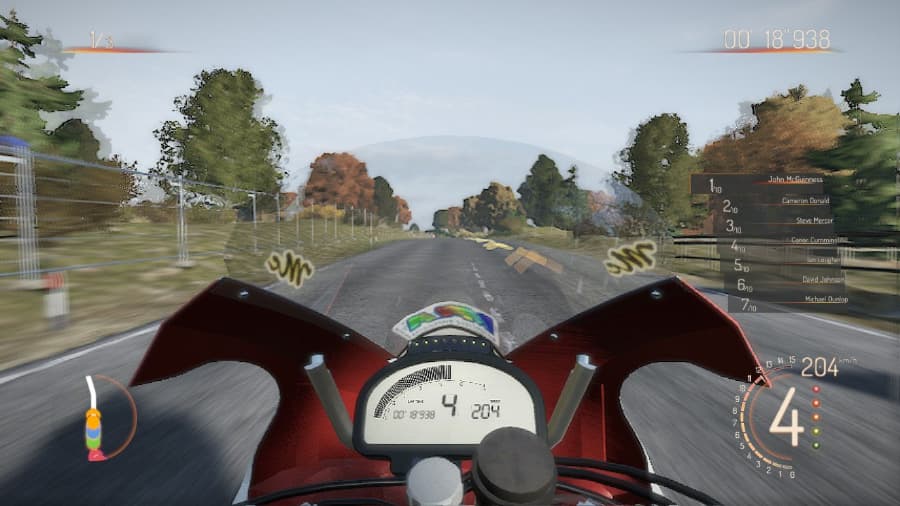 While concessions have obviously been made to get the game up and running on Switch, it still looks rather nice. Whether you play docked or in handheld mode, TT Isle of Man – Ride on the Edge doesn’t look sharp, but it is detailed. You speed through countryside and quaint villages and get a real sense of presence, and while the framerate isn’t silky smooth, it’s consistent enough to not give you any headaches.

The only thing that annoys me a little about its presentation is the clear line about six feet in front of your bike at which certain shadow detail appears to be lost. My solution is to play in the first-person handlebar view, which not only makes the game even more immersive, but also hides the issue somewhat. 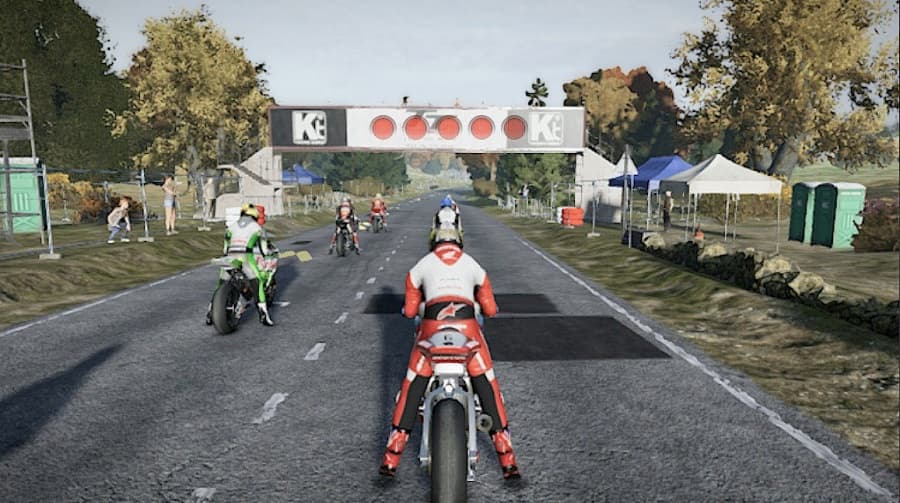 It’s perhaps playing using the first-person handlebar view that has really made me fall in love with TT Isle of Man – Ride on the Edge. It’s just so exhilarating. Other bike racing games allow you to do it, sure. But thanks to TT Isle of Man‘s tight tracks and the noise of you cutting through the air when you reach high speeds, no other game has you quite on edge while doing so. You feel sheer excitement speeding down straights nestled between farm houses, forever in the knowledge that one sudden incorrect action could take you from first to last. It’s actually quite frightening.

The challenge that TT Isle of Man – Ride on the Edge provides is what might actually turn people away from the game. While it has plenty of assist options and multiple difficulty levels for its computer controlled racers, it’s never easy. Negotiating corners at speed on a bike requires much more skill than it does in a car, and coming into contact with your competitors is more troublesome. Add in the fact that there’s no option to rewind should you make a mistake, and you’re left with a game in which one mistake can mean the difference between first and last place. 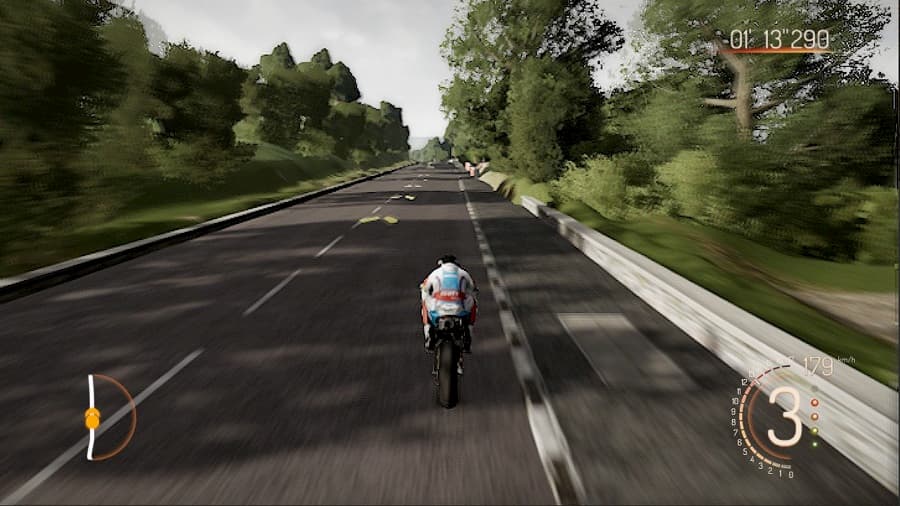 Authenticity is at the heart of TT Isle of Man – Ride on the Edge. It’s an absolute pleasure to cruise around the massive Snaefell Mountain course, trying (and failing) to remember its 264 corners. It’s also fun to blast around its nine additional shorter tracks based on real-world locations. But if you were expecting to be able to upgrade and customise your bikes, that’s unfortunately not on the table. This is a game all about honing your skills and shaving fractions of a second off your lap times, not slapping a big fancy new exhaust on your bike to make it go faster.

If you’ve been waiting for a racing game that will truly test your abilities on the Switch, this is it. It doesn’t have a massive amount of content or modes, but no other game on Switch provides a similar racing experience. It’s hardcore, immersive, and certainly not an eyesore. TT Isle of Man – Ride on the Edge is undoubtedly the best serious racing game that the Switch has to offer right now.

TT Isle of Man – Ride on the Edge is available on PS4, Xbox One, Switch and PC. We reviewed the Switch version.