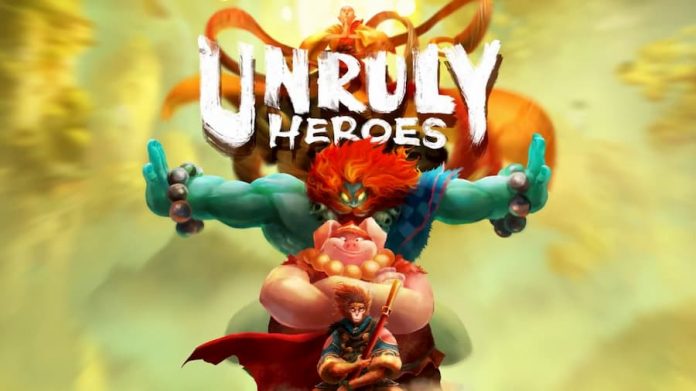 A monkey, a pig, a monk and a brute all start an adventure together.

Now that sounds like the beginning of a great joke. But the story of these four unruly heroes is actually a pretty serious affair. Unruly Heroes is an action puzzle-platformer from developer Magic Design Studios that sees you traverse a very dangerous world with four very different characters. Its story is inspired by the novel A Journey to the West, otherwise known as the Monkey King Legend published during the Ming Dynasty (16th Century).

The story of Unruly Heroes follows a similar theme to the novel as it takes place during a similar time – a time when gods and goddesses were heavily worshipped. When the scroll that preserves harmony in our world is torn up, strange and horrific creatures begin to show their face on the surface. It is up to a group of four unlikely heroes to stand up for what’s right and restore the balance of peace and harmony.

Unruly Heroes is a lovely platformer that will instantly pull you in with its intriguing story. Previously released on Xbox One, PC and Switch, the game is new to PS4, and along with its release comes a wealth of new content. If you’ve played the game on another format, you’ll be pleased to find the PS4 release comes with new difficulty levels, new player rewards and an array of various tweaks and improvements. Basically, Unruly Heroes on PS4 is the best the game has ever been – until the other versions of the game get patched with the new content, of course. 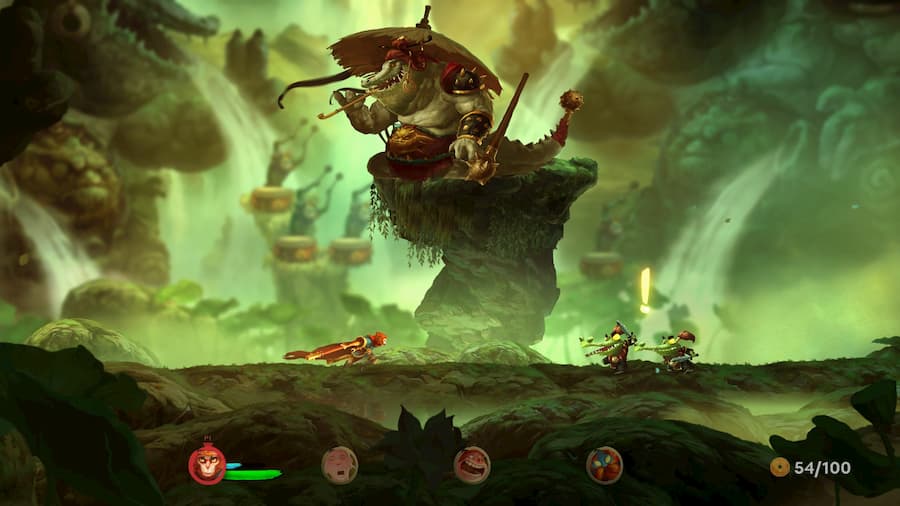 When you start the game, you’ll get a short tutorial which will teach you how to move, fight, and switch between your four heroes, but after that you’re on your own to discover what the diverse world has to offer. The game is made up of different levels that all take place in four separate worlds – Skull Canyon, Taoist Temple, Underworld and the Flaming Mountain. Each of Unruly Heroes‘ landscape is beautifully illustrated and goes a long way in invoking a feeling of the era it’s set in.

When it comes to gameplay, a lot of what you’ll be doing in Unruly Heroes is like other puzzle platformers. You’ll need to traverse the environment by jumping up platforms, dodging obstacles and tackling enemies along the way. What’s particularly interesting is how your four heroes each have different skills and abilities. For instance, only two have the ability to double-jump, while the other two can jump and glide. It means to successfully beat a level, you’re going to have to utilise each hero’s abilities. There are lots of hidden places around to find where you can collect coins that you’ll be able to spend later to buy new outfits for your characters.

Along with their movement abilities, each character comes with their own set of combat skills. The four characters that you switch between are Sanzang the wise, Wukong the fearless monkey, Kihong the greedy pig and Sandmonk the sensitive brute. Their unique abilities come into play when you encounter shrines around the level. The monkey shrine, for example, allows you to create a large glowing log that you can use to get across gaps too long to jump over. The pig shrine will allow Kihong to inflate to a huge size and float for a short period of time. All four characters are also equipped with an ultimate ability of sorts which allows them to deal a huge amount of damage for a few seconds while in combat. 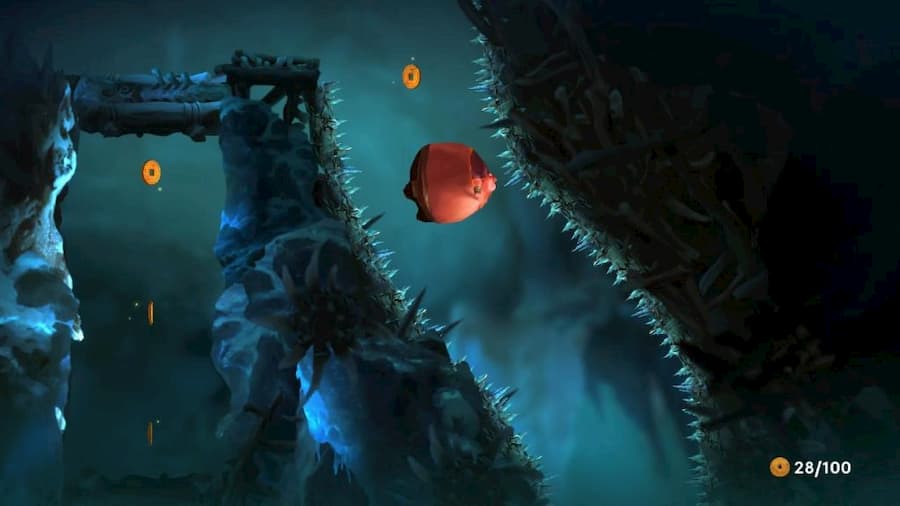 Needless to say, you’ll be switching between characters a lot in order to utilise their abilities. The act of switching could have easily been a cumbersome action, but Unruly Heroes pulls it off seamlessly by simply pressing one button to cycle through them. When you get used to the positioning of the characters – monkey, monk, pig, brute – you’ll know exactly how many times to click the button to switch. And there isn’t any awkward delay between switching or moment of confusion once you get comfortable with the action.

All four characters have their own health and “magic” bar that you’re able to replenish by breaking pots around the level. If one of your characters dies while exploring or during battle, they will turn into a small bubble and you’ll be unable to play as them until you can pop the bubble with another character. If a downed character’s bubble is popped by an enemy during combat, you’ll lose the ability to bring them back. If all four characters are dead at the same time, you’ll have to start over from your previous checkpoint (or if it’s a boss battle, you’ll restart at the beginning.)

On the subject of the game’s difficulty, Unruly Heroes isn’t for the faint of heart. The game’s platforming bits are challenging to say the least, but certainly doable (coming from someone who is usually pretty bad at platformers). Players will defeat many bosses, none of which are impossible to beat, but you’ll probably die a few times trying out different strategies. The gameplay definitely encourages trial and error. Much like Studio MDHR’s Cuphead, some of the more powerful bosses will have different phases and you’ll have to try and memorise what they do in order to be able to defeat them. 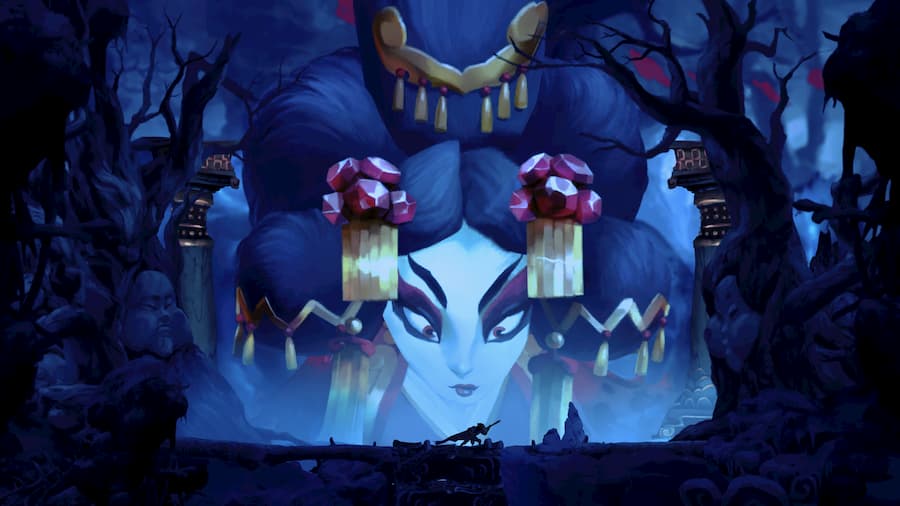 Combat isn’t difficult to learn as it’s mostly a lot of button mashing, but during hectic moments you may find your characters jumping in the opposite direction than where you’ve directed them to go. I also had a few instances where the game would prompt me to perform my ultimate ability and I wasn’t actually able to do it. But they’re minor niggles that did nothing to impede my overall enjoyment of the game.

Unruly Heroes is a gorgeous action platformer that oozes charm. The single-player story mode is an absolute gem that I will undoubtedly revisit. The simplistic gameplay combined with a cast of four well-designed and unique characters makes for a fantastic experience that stands out from other platform games. If you don’t want to go on this adventure alone Unruly Heroes can even be played with up to four players locally. There’s also a PvP mode if you wish to test your skills against your friends. Pick up Unruly Heroes now for a wildly exciting adventure.

Unruly Heroes is available on PC, Xbox One, Nintendo Switch and PS4. This review is based on the PS4 version.