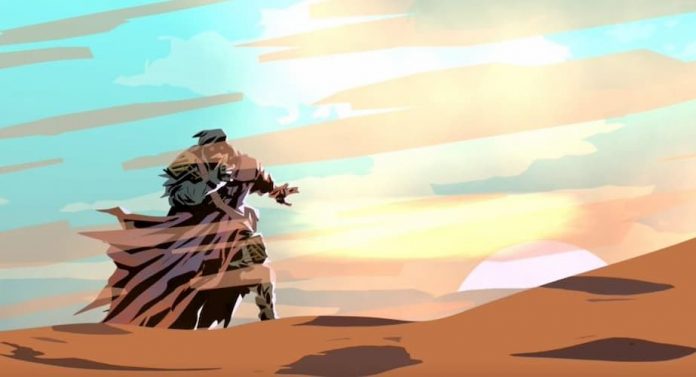 Whenever you’re setting out on a journey, one thing is always key: preparation.

That’s no different in Sharkbomb’s upcoming card-based combat game, Nowhere Prophet. Heading out on a pilgrimage through a deadly wasteland in a collapsed world, you’ll come up against numerous obstacles and challenges, but the key to being successful in any of them is being prepared.

That means gathering cards and building a deck of followers who are best equipped to protect you in battle. It means finding and utilising loot to make your party stronger, and it means going into battle with a plan. Fail to prepare and you’re preparing to fail, as they say.

Nowhere Prophet starts you out on a map, with numerous tiles to pass through. Every move you make costs energy, and any number of surprises could be waiting for you on the next tile. A text-based adventure will play out, allowing you to make choices in various situations. The choices you make will directly affect how your game plays out; whether you’ll end up in combat or get away scot-free, or face some other kind of consequence. 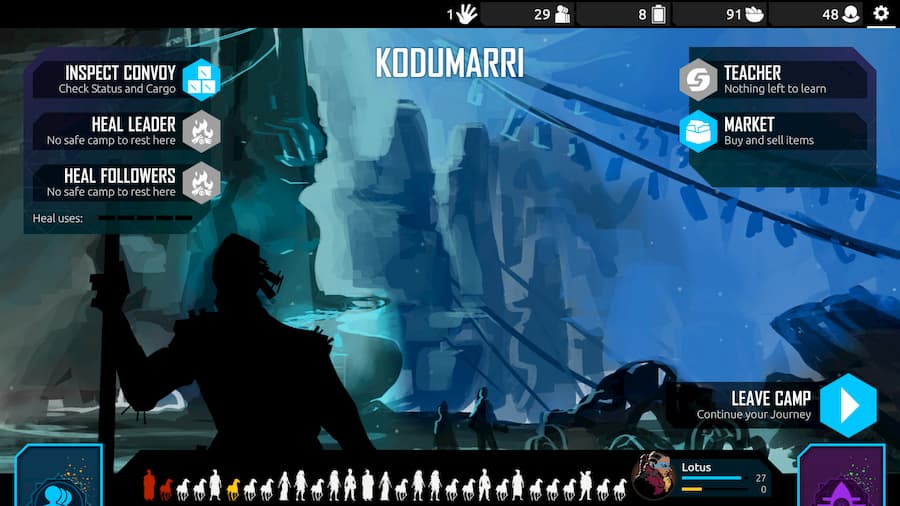 The combat of Nowhere Prophet is well implemented, and a strong tutorial guides you through the basics. If you’re familiar with card-based combat, however, Nowhere Prophet feels very intuitive and it should be easy to pick up. Each turn you have a number of moves, which increases as the fight progresses. The ultimate goal is to deplete the leader of the opposition’s health. You can attack them directly, but they’ll place a number of their followers in your way who can attack you. You can do the same, though; and each turn you’ll be able to launch a barrage of attacks. Learning your best cards, strategising placement and becoming familiar with your skills is the key to victory in Nowhere Prophet. Should you lose in combat, it’s game over: you’ll have to start out your journey all over again.

What really stands out about Nowhere Prophet, though, is how beautiful it looks. Every screen of the game has a striking handpainted style. Even with a somewhat muted colour palette – representative the wastelands you’re travelling through – everything is gorgeously presented. In-game menus are well thought-out and easy to navigate, too, and your deck of cards is brought to life with beautiful character art. It all comes together to create one of the most striking games of its type. 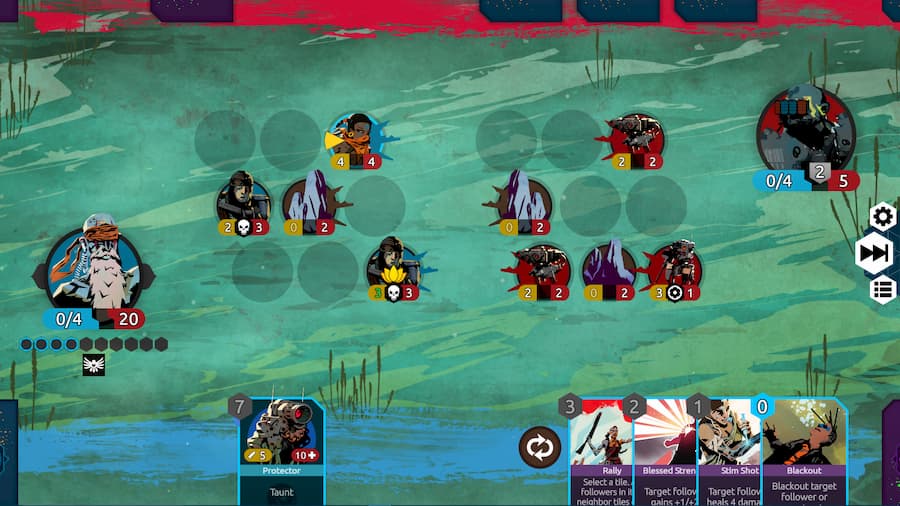 Nowhere Prophet is set to release on PC later this summer. It’ll feature five worlds to travel through, with each time you play being a unique experience thanks to randomly generating maps. If you’re a fan of card-based combat and enjoy an apocalyptic twist, then make sure Nowhere Prophet is on your radar. 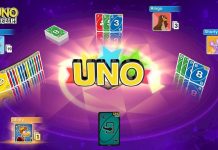 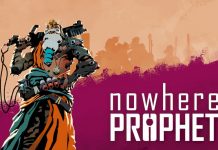 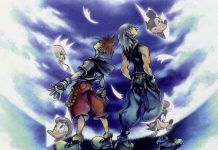 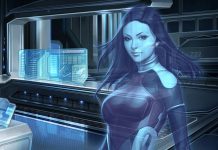