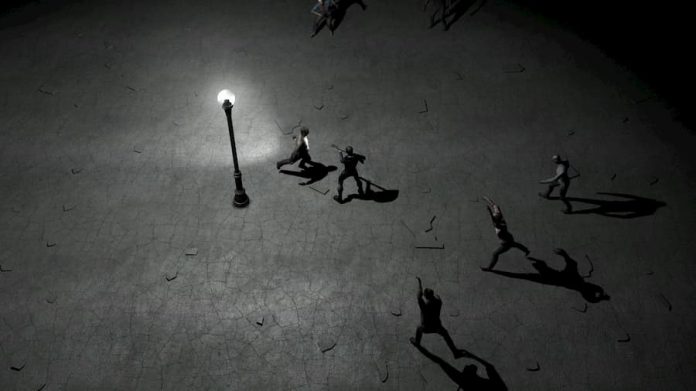 Yet Another Zombie Defense HD is a barebones approach to the zombie slaying genre that has a bit more beneath its skin than you might think.

The list of tower defence games is long and overpopulated, much like that of the zombie killing genre. As the title notes, Yet Another Zombie Defense HD blends these two genres together to make, you guessed it, another one of those games. With updated graphics, some new modes, and addictive gameplay, this entry manages to keep you engaged, though its pull doesn’t last forever.

The core mechanics of Yet Another Zombie Defense HD fire on all cylinders across the board. It’s your standard twin-stick shooter, but it feels very responsive and plays smooth even when the screen is clogged with zombies and bullets. You’ll have no problem keeping track of where you’re aiming, and you rarely, if ever, suffer from latency, which is a huge plus on the Switch. There isn’t a massive amount of detail to take in, and learning the ropes in the game takes little to no time.

Though you start with a lacklustre loadout, as you do in most every zombie survival games, it’s easily upgradeable and there’s a decent amount of options. The various weapon, throwable, and buildable upgrades aren’t extremely numerous, but there is enough to keep things different as you get deeper into the game. Although you only have three game modes to choose from, the gameplay stays strong throughout without becoming cumbersome or overbearing. It’s easy to play, and easy to have fun, as any zombie defence game should be. 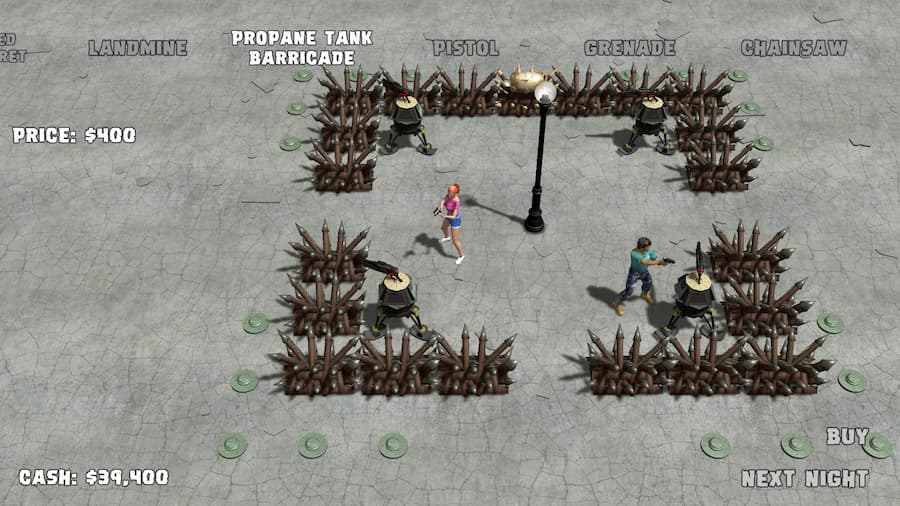 One thing that doesn’t sit as well with me is the fact that Yet Another Zombie Defense HD only has one map, and it is quite dismal. You stand on a bleak slab of concrete with a single lamppost, and nothing else. While the blank canvas allows for more freedom when it comes to your defences, it makes for a very bland environment. I would love to see a map with more variety; forced pathways, obstacles, areas where you can’t place walls, etc. The centralised lamppost is a good waypoint to use for building your base, but apart from that it only offers a scarce amount of light that is your only bastion of hope as you survive from round to round.

The shining light in Yet Another Zombie Defense HD is the base building. Despite a useful, if not somewhat generic, set of weapons, the true fun of the game comes from building. The more I played, the more I became invested in creating the most effective, established base, rather than simply seeing how long I could survive for. There is a surprising amount of depth to building in the game, with a handful of different barriers, as well as turrets and mines. With an expertly crafted base, you can hunker down and survive round after round, even with minimal weapons and ammo, letting your gear do the work for you. 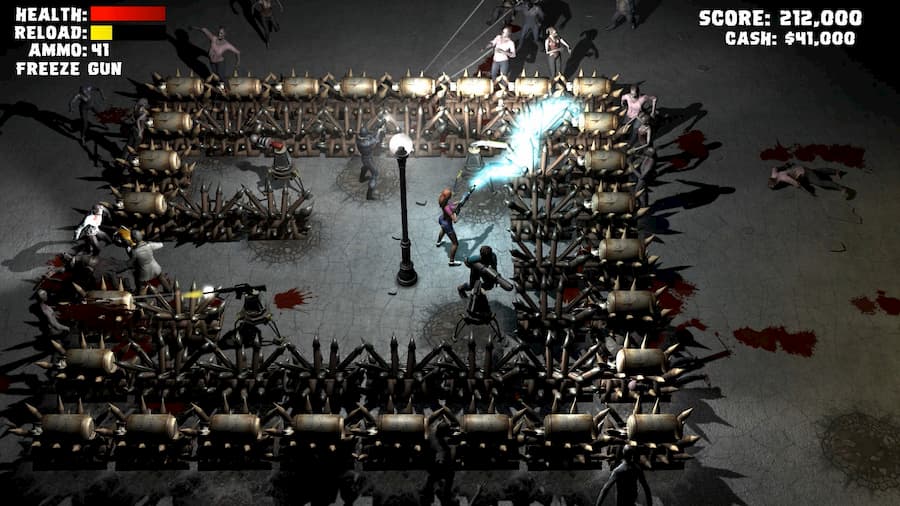 As you play, you’ll level up the longer you survive, which gives you skill points to spend on a little skill tree. Though these are minimal, it is a nice touch that adds an extra touch of customisation to the world. You can expand your health pool, reload speed, item pickup range, and more. The deeper and more complex your base becomes, the more important the item pickup range becomes, as the items disappear over time. On top of that, increasing your movement speed is also incredibly effective. Despite the appeal of having more health and better reload speeds, I’d wager that pickup range and movement speed are the most important of the upgrades to invest in.

Apart from the standard survival mode, Yet Another Zombie Defense HD also has Endless and Deathmatch modes. Endless is, unsurprisingly, the same as the standard game mode with the goal of lasting as long as possible. It’s an addition to the game that doesn’t alter the objective of the gameplay enough to feel important, but it isn’t a useless addition. Deathmatch is a PvP hybrid mode, where you fight against fellow players and addition to fending off the undead hordes. It feels like a rushed project, as there isn’t anything special that sets it apart from the standard gameplay. With some polish, I feel it could be a great addition.

There isn’t much that Yet Another Zombie Defense HD does wrong, but there is a fair amount that feels left out. That being said, the amount of content and engaging gameplay you get for the small price tag makes this barebones experience worth a play. If you’re dying to get your hands on a solid zombie defence game on your Switch, this one won’t hurt your wallet or your eyes. It’s fun, it plays smooth and although simple, it offers up a gameplay loop that can keep you going for quite some time.

Yet Another Zombie Defense HD is available on PC, Xbox One and Switch. We reviewed the Switch version.