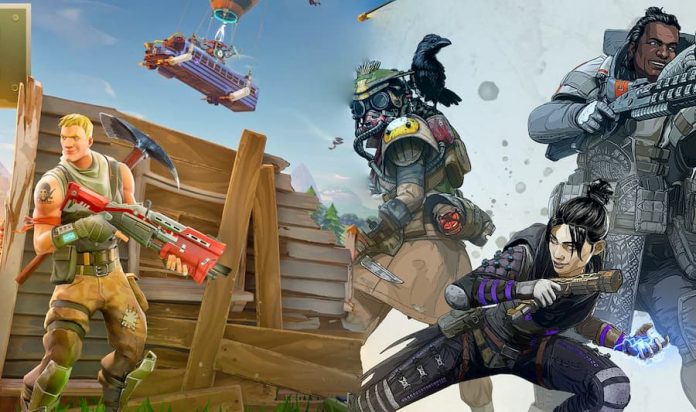 Battle royale is one of the most discussed and played genres of games today.

It attracts millions of players thanks to its exciting gameplay and high competition that doesn’t let players get bored.

There is quite a wide range of games in this category. Most of them come and go. However, there are a few that really touched gamers and remain popular. Two of them are Fortnite and Apex Legends. Both games are extremely popular, but which one is the best?

Both of these games have reached impressive numbers of players. However, it seems like Apex Legends’ success – at least initially – has been most impressive. This is mostly due to its unique design and improved experience. The developers of Apex Legends have taken the genre of battle royale to a completely new level.

While Fortnite and Apex Legends share many similarities, there are a few important factors that make them different. At a glance, here are the main differences between the two battle royale games:

Ping System – The unique ping system was introduced into Apex Legends to make the communication within teams more efficient and simple, and it became one of the main benefits of this game.

Map – Apex Legends’ King Canyon is considerably smaller than the map you have in Fortnite. At first glance, it may seem like a disadvantage, but not necessarily. In fact, a smaller map ensures higher competition and, thus, higher thrill. This is something Fortnite struggles with: its large map means a win can come simply by successfully hiding for the duration of a game. That strategy won’t work in Apex Legends, forcing a more exciting competition.

Characters –  While Fortnite’s characters have plenty of cosmetic differences, they don’t have much in the way of unique abilities. Each of Apex Legends’ characters has a set of unique skills that can be used to your benefit. This makes the game much more exciting. IT also means that Apex Legends is a more strategic game; a player always has to think about how a particular Legend can complement the team and how their unique powers can be applied on the battlefield.

Weapons – Fortnite keeps things fresh by adding in new and limited time weapons by regular patches, but the Apex weapons selection is also pretty impressive. In the game, you are offered different options from six categories. Every weapon has specific pros and cons, which makes you think which one will bring more benefit in a particular situation.

Second Chance – When you get killed in Fortnite, this inevitably means that the game is over for you. And this is rather disappointing as it means you’ve nothing else to do but watch the game draw to a close. On the contrary, Apex Legends offers a unique possibility to bring your teammates back to life. This is one of the biggest advantages of this battle royale!

So, which is better?

Whether you prefer Fortnite or Apex Legends is entirely down to your personal tastes: both games offer strong positives and negatives over the other. But taking into account everything we’ve covered above, it seems that Apex Legends has the edge when it comes to being the superior battle royale game. Long may it reign.