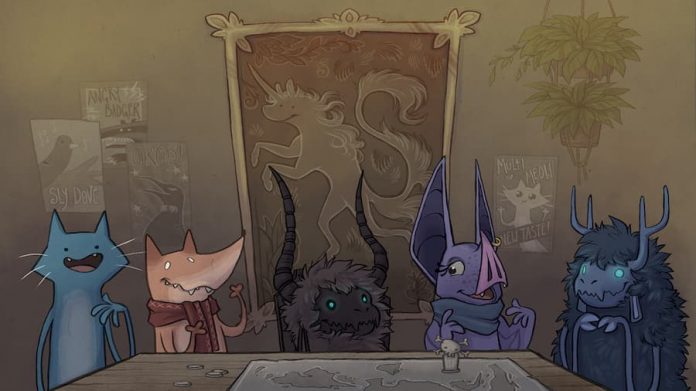 We all know how games of Dungeons & Dragons tend to go.

Your warrior orc named Thresh is geared up with high powered spells, weapons, and attacks. You’ve got shiny metal dice that you bought from Amazon for way too much money considering you and your group only get together once every couple of months to play for two hours. Chances are, you’re not finishing this campaign. But, you got the dice anyway, and the dice tray, and all the fancy books. When your dungeon master introduces a griffin with sharp claws and a horrifically messed up face, you know it’s going to be a tough fight. You roll lots of 1s and 2s and kill your whole team. And that’s it. Rest in peace Thresh.

The role playing game that you’ll play with your adorable friends in Chook & Sosig: Walk the Plank will be much more laid back than Dungeons & Dragons. No undedicated friends, no metal dice, and no overpowered griffins. Chook & Sosig: Walk the Plank is a point-and-click adventure game from developer Tookipalooki that tells the story of five friends playing a pirate-themed role-playing game where their imaginations run wild. The atmosphere is adorably charming, and players will find themselves wishing that they could jump in there and actually play their game too.

The main story of the game involves switching in between the in-game role-playing world and the real world where Sosig the cat and his friends are sat around a table discussing the events of the game. You’ll meet your friends in the pirate universe, all dressed up for the occasion, there to give you quests to complete. There’s Chook, a ghostly chicken who helps you out if you get stuck; Cow, WHO LIKES TO TALK LIKE THIS AND YELL EVERYTHING; Min the competitive one; and Hebble who tends to not really know what’s going on. 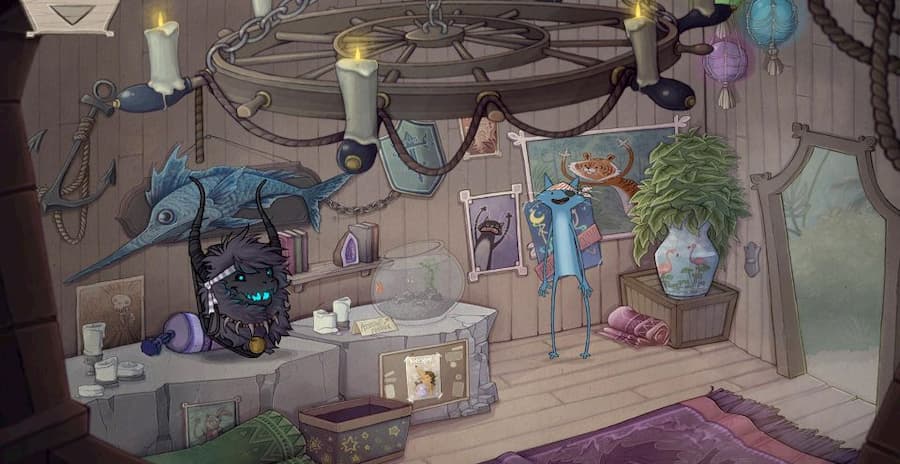 When it comes to gameplay, Chook & Sosig: Walk the Plank is a traditional point-and-click at heart. You’ll be traversing the in-game pirate world collecting items and interacting with other characters as the “dungeon master” sees fit. Your friends will give you plenty of quests along the way to keep you occupied. Min wants something from Hebble, but Hebble needs help getting an item first, and so on and so forth. The game does a great job of making sure you always know what your goal is, so you won’t have to do any random manic clicking to try and find that one item that you need.

One of the best parts of Chook & Sosig – in my opinion at least – is that it’s never too challenging. It doesn’t necessarily hold your hand, but it does have a hint system in place to help you out if you get stuck – but it’s unlikely you’ll need to rely on that too much. It’s a rare point and click game that allows to you to enjoy its locations and its characters without getting lost in frustrating puzzles. That said, you’ll still have interact with every item that you can while also listening carefully to each conversation – you never know when something will be important.

Chook & Sosig: Walk the Plank has an adorable art style that is hard not to fall in love with. The characters are unique and unlike anything I’ve seen before. Min is a gorgeous bat-like creature who looks amazing in her pirate captain outfit, and Cow is basically a disembodied head who does a lot of yelling. Each of the characters has their own awesome personality that really leads the story along. You’ll feel like you’ve been friends with them for ages after only a few minutes in the game. 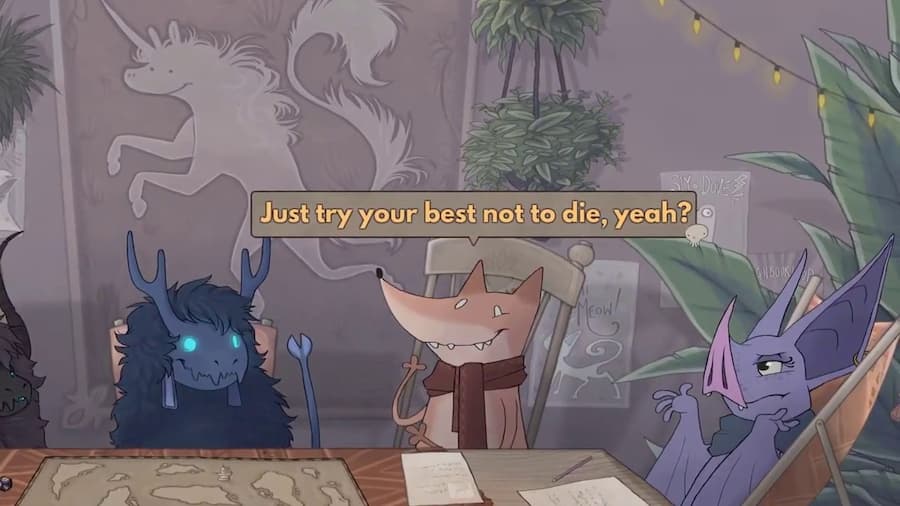 On the negative side of things, there were are technical issues with the game, like long loading screens when going in-between the real world and the role-playing world. More gratingly, the jump between settings sometimes happens without warning; you might be exploring a room and, after picking up an item, you’ll all of a sudden be transported back into the real world. Talk about breaking the immersion.

Those small niggles aside though, a The characters are silly and unique, as is the setting in which the game takes place. The switching between real-life and game isn’t necessarily seamless, but if you’re a patient person it isn’t likely to affect you. With only some other minor issues, Chook & Sosig: Walk the Plank is a fun bite-sized adventure that would work as a great entry point into the point-and-click genre.

Chook & Sosig: Walk the Plank is available on PC.