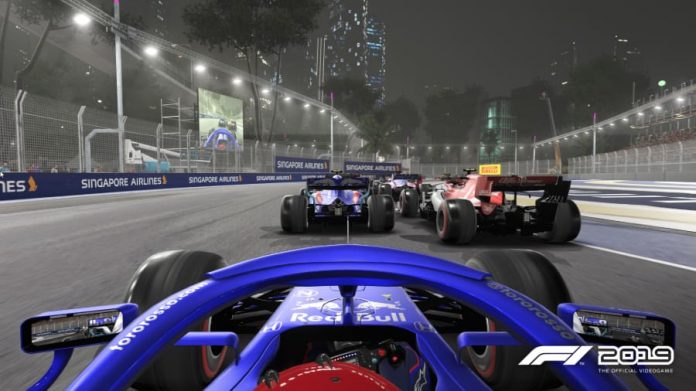 F1 2017 blew me away with how good it was, but its follow up felt just too similar to be impressive. Luckily F1 2019 goes a little further to differentiate itself, making it a very attractive proposition for fans of the sport.

The first thing you notice when booting up F1 2019 is that efforts have been made to improve its presentation. Menus make better use of space this time around, and everything is just more visually appealing. A landing page enables you to quickly access the game’s most popular modes and features, and by pressing the shoulder buttons you can easily access the game’s solo or multiplayer modes as well as new features. First impressions are good.

Things get even better when you take the plunge and start a new career. This time you don’t have to jump straight into F1; you can start in F2 if you wish and prove yourself capable of the challenge. Chances are your time in F2 will be short though, which is a shame because its story-like structure is simply fantastic. Within a few races you’ll have had to make important decisions like whether to let a teammate pass, and also battle to regain your position after a kerfuffle with a rival. More of this please, Codemasters.

Once you’re in F1 though, it’s back to business as usual. If you’ve played F1 2018 you’ll know what to expect. You make your way through seasons, taking part in practice sessions, qualifiers and races. Sometimes you’ll have the chance to take part in an invitational event between weekends, and often you’ll be interviewed by the press. Your actions on and off the track shape your personality, and also how the teams in the game view you. Some teams won’t like you being cocky, for example, while others will revel in it. The team you sign up to also needs to be considered when moving up to F1, as if you don’t meet their targets they won’t be impressed.

R&D and the management of engine components once again plays its role in F1 2019‘s career, too, and of course there are a bucketload of options to make your experience as easygoing or hardcore as you like. Along with some small tweaks to the game’s rivals system, the addition of driver transfers and some other minor adjustments, F1 2019‘s career is as engrossing as ever, though very familiar if you’ve spent time with either F1 2017 or F1 2018.

Outside of career mode, all the usual options are back. Grand Prix lets you create your own weekends or series of events. There are also 20 championships for you to work your way through, including full F1 2019 and F2 2018 seasons if you want to experience them without any career mode fluff. In the championships menu you’re also able to revisit the 20 invitational events that crop up during career mode, and access the eight challenges brought into the game if you own the Legends DLC. And let’s not forget time trial mode for when you just want to let rip on a track by yourself.

New to F1 2019 is the Showroom, a place where you can view information about every car in the game and the teams behind them. F1 2019, Classic and F2 2018 cars are all included, and meticulously recreated. The Theatre is also new, gathering together your most recent highlights so you can view them and save the ones which genuinely are impressive. They’re both small additions, but are welcome.

It’s those who like to take the action online that are likely to get the most out of F1 2019. In addition to the usual ranked and unranked race options, there are new weekly events that require players to take part in practice sessions and qualify before completing schedules races. Players are also now able to create and join leagues, a feature which is sure to please those looking for serious long-lasting competition. Vehicle liveries can finally be customised, too, along with the appearance of your driver.

What really sells F1 2019 though, is that it genuinely does look and play better than ever before. When racing you’ll discover that the game’s lighting is more realistic, and there’s just a little more detail onscreen, especially trackside. The game’s weather effects are also improved; racing in heavy rain is equal parts exhilarating and terrifying at times. Yet despite the additional eye-candy, performance stays solid.

The actual act of racing has been refined thanks to finely-tuned handling and improved competitor AI. Cars are responsive and give you all the feedback you need to keep them under control, while computer controlled drivers are more aware of your presence and react a little more realistically. They’re still not perfect – many a time they’ve unnecessarily jostled with me on corners, putting both of our podium hopes on the line – but they are noticeably improved.

For F1 fans, the improvements and new content found in F1 2019 make it an absolute must-buy. It’ll feel familiar in many ways, but everything is just so polished and refined that it won’t bother you all that much. Hopefully the next iteration of the game will feature more of the dramatic story aspects found in the career mode’s new F2 feed-in though, as they really are a highlight. It’s in the game’s career that changes really need to be made to keep the experience fresh going forward. Still, if you want to experience the best F1 racing game available right now, this is it. 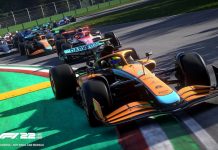 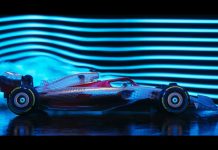