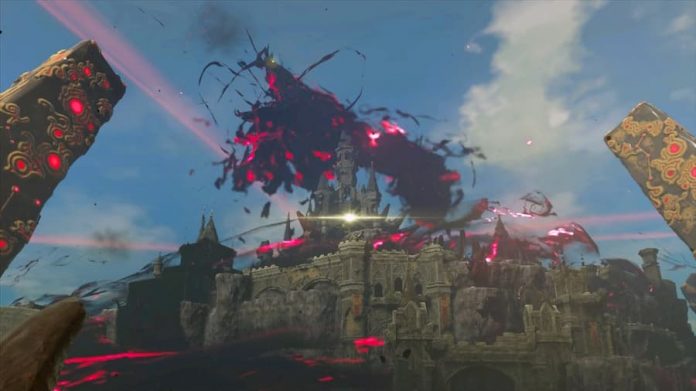 Nintendo’s E3 Direct ended on one of the biggest shock teasers of the whole E3 week: a sequel to Breath of the Wild is in development.

The exciting trailer, although brief, gives us enough information to get us excited about what to expect from a sequel. The most intriguing thought, though, is: will Ganon make a return?

It’s perhaps no surprise that the iconic villain will return in the sequel of Breath of the Wild, but it creates a huge question: how? After all when we last saw Ganon – as Calamity Ganon – he is defeated by Link and Princess Zelda. But we have some theories on how he could still be alive.

These three theories on how Ganon could return within the sequel of Breath of the Wild are all based in Zelda canon, and could explain how the iconic villain within the Zelda franchise rises once more.

As we mentioned in our 10 Things You Might Have Missed in the Breath of the Wild Sequel Teaser article, at one point a shadow can be seen, and it’s in the shape of Demise. Demise first appeared in Skyward Sword (which is set at the beginning of the Zelda timeline) and it represents evilness. Demise does state that “this is not the end” when he is defeated.

Many have speculated that the form of Demise returned through Ganon, and Hyrule Historia even noted that the “flaming red hair” is used to build that connection. It can be argued that Ganon and Demise are actually the same person, but it is widely believed that they are separate entities.

Within Skyward Sword, many enemies are controlled by a type of Malice, and this Malice is also used by Calamity Ganon in Breath of the Wild. In fact, even in the trailer, the Malice is still surrounding Ganon. This could indicate that both enemies share a connection, and that through the Malice, Demise may well be reincarnating Ganon.

Calamity Ganon was not the physical form

The trailer to the sequel for Breath of the Wild shows Link and Princess Zelda searching in what looks to be a type of tomb. At one point the entrance seems to be shown and it looks very ominous, but also quite majestic. It would make sense that this area is the hiding place for Ganon; potentially the “cocoon” needed for Ganon to “regenerate into a physical form”.

Perhaps defeating Calamity Ganon in Breath of the Wild meant that it merely stopped Ganon fully regenerating, rather that actually killing him. This could also relate to why Link and Princess Zelda would be searching this new area; they could be looking for this “cocoon” to finally be able to kill Ganon. Therefore, Ganon may have not actually died in Breath of the Wild.

The Malice around Ganon is spreading 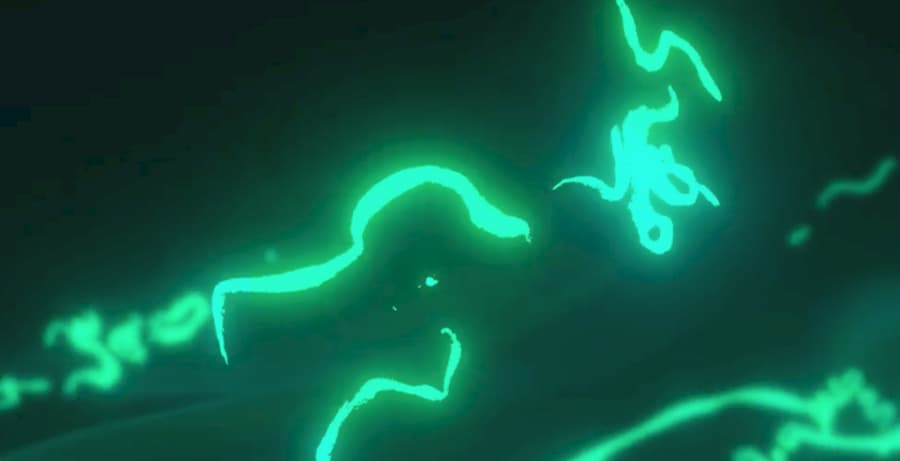 There’s a lot of Malice surrounding Ganon in the trailer for the sequel to Breath of the Wild. We’ve already examined how the Malice could connect to Demise, but it could also relate to the Twilight within Twilight Princess.

Twilight is described as being the combination of light and shadow, and these themes clearly relate to Breath of the Wild. This, along with the addition of the music that shared many similarities to Twilight Princess, indicates that the Twilight will play a part in Ganon’s regeneration.

If the Malice somehow connects to the Twilight, it could offer a new opportunity for Ganon to find a way to reincarnate into a physical form once again. Plus, the arm that is seen grabbing Ganon, and even the change in Link’s hand shares a lot of similarities to the art style of Twilight Princess. Perhaps, through the combination of Malice and Twilight, Ganon will find a new way to become a physical being once more.