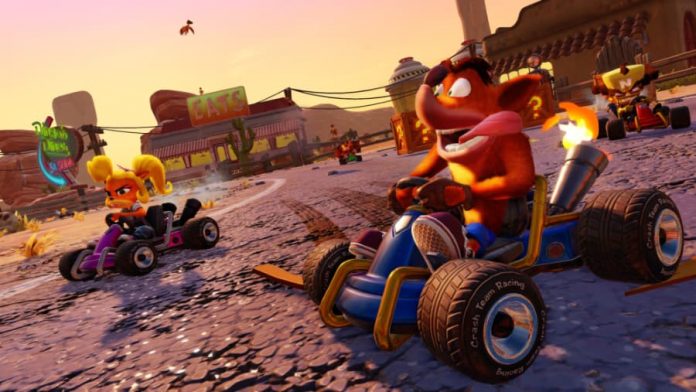 If you want to consistently perform well in Crash Team Racing Nitro-Fueled you’re going to need to boost as often as possible. Thankfully there are many ways to obtain a quick burst of speed.

As you race around the track in Crash Team Racing Nitro-Fueled, one way to obtain a bit of boost is to jump when going over the crest of hills. Simply press either of the hop/powerslide buttons at the peak of a hill to get some air, and you’ll notice your character will perform a stunt. When you land, you’ll gain a temporary speed boost. The higher the jump the, the better the boost.

Powersliding is perhaps the best way to obtain boost in Crash Team Racing Nitro-Fueled though. As you approach a corner, turn sharply then press and hold one of the hop/powerslide buttons. When you land you’ll begin sliding. To obtain boost from powersliding, you need to press the other hop/powerslide button when the boost meter on the lower right hand side of the screen is full. Alternatively, you can keep an eye out for your wheels glowing orange.

You can obtain multiple boosts from one slide – you just need to keep an eye on the boost meter or your wheels and press the alternate hop/powerslide button at the correct time. Try to see how many boosts you can chain!

There are, of course, other ways to increase your speed in Crash Team Racing nitro-Fueled, too. Driving over boost pads is always a good idea when you see one, and collecting Wumpa fruit also enables you to go faster. Some pickups will increase your speed when activated as well, so use those to your advantage. 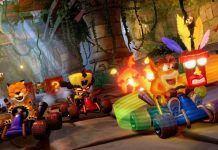