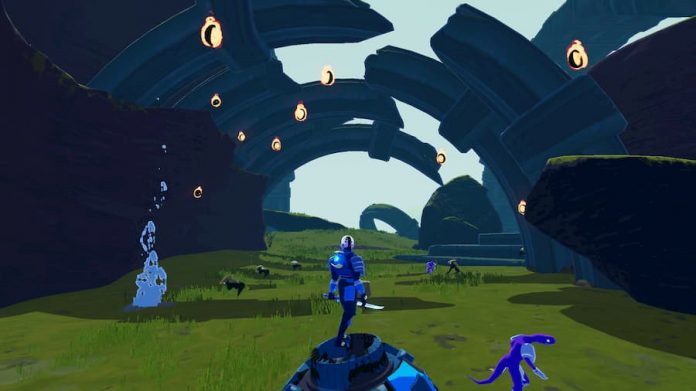 When you play Risk of Rain 2, the addictive 3D dungeon crawler, you will start off with just one playable character.

This character is the very basic Commando. He’s alright; a jack-of-all-trades type character that suits any style of playthrough. But if you want something a bit different, then you may want to unlock some more playable characters. Here’s everything you need to know about unlocking characters in Risk of Rain 2.

A damage dealing, stun-conquering lady, the Artificer is a unique character you can unlock in Risk of Rain 2. The challenge to complete in order to unlock her is rather unique,  requiring you to free a survivor suspended in time.

Freeing the survivor requires you to hand over 10 lunar coins. There is no quick way of gathering coins but I’d advise you to save them as you play through, rather than spending them on random items. It’s also worth saving up another lunar coin to force the Bazaar Between Time portal to appear after a teleporter event, as that’s where you’ll need to go to free the survivor.

To get to the Bazaar Between Time, you need to wait for a BLUE portal to appear after you’ve charged the portal. It’s fairly rare, but you can force it to appear by activating a Newt altar before the teleporter. These can be found randomly on stages and look like a cross between a rock and a frog, and cost one lunar coin.

Once you are in the Bazaar, you will find yourself in a big cave with a giant newt. Next to the giant newt is the survivor that you need to free, locked in a cage. Hand over your 10 coins, and they’ll go free – rewarding you with the Artificer.

The loveable slow robot is unlockable by achieving the “Verified” challenge. It’s a fairly simple challenge; all you have to do is complete the first teleporter five times.

You’ll easily accomplish it as you play through the game, but if you want to unlock MUL-T quickly, put the game on easy and head straight for the teleporter on each run.

The Huntress is a quick long-range character who can cause a lot of damage, but is quite fragile. You can unlock her by completing the “Warrior” challenge. This challenge asks you to complete the third teleporter event (means killing the boss and waiting it to charge up) without dying. It’s not too difficult once you’re got to grips with the game but if you want some help, then put the difficulty down to easy.

The Engineer, is a slow moving support character who can deploy turrets and shields to help his friends. He also happens to be one of my favourite characters. He is unlockable by completing the “Engineering Perfection” challenge that simply asks you to complete 30 stages. It’s a simple grind that,.once again, can be made quicker by playing on easy.

The Mercenary is the melee class for those those who like their action up close and personal. He can be unlocked by doing the “True Respite” challenge. Beware, though; completing this challenge ends your run!

To do this challenge you need to get to the third stage, Rally Point Delta (the snowy one), for a second time. That should be your seventh stage altogether. On completing the teleporter event you will see “A celestial orb has appeared…”. You then need to go through the Celestial Portal instead of the teleporter.

This will take you a lovely parkour course (helpful if you have Hopoo Feathers) where you have to jump to an end platform. Don’t worry if you fall; you will just return to the beginning of the course.

On the final platform, you’ll find an obelisk. Interact with it and it’ll ask you whether you want to end your run. Ending your run here will grant you five lunar coins and the Mercenary. 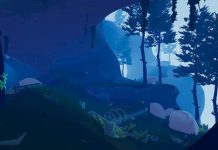 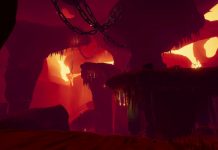 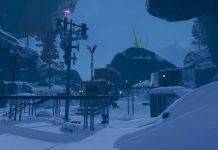 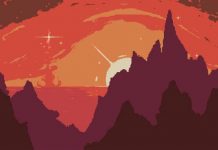